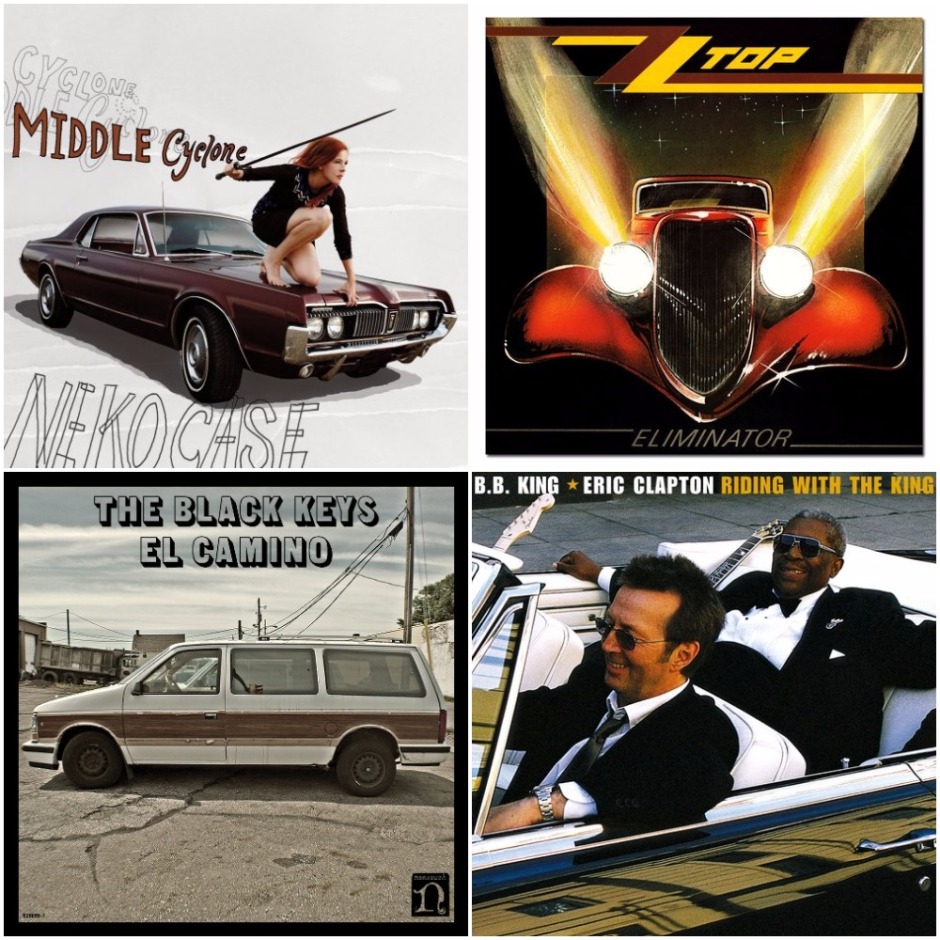 9. Neko Case’s ’67 Mercury Cougar:  The album cover for ‘Middle Cyclone’ features Neko Case riding on the hood and carrying a sword.  She looks prepared for battle.  It makes for a very memorable album cover.

8. Train’s 1967 Pontiac Firebird:  In the video for the song “Drive By”, Train’s Pat Monohan drives an extremely impressive 1967 Pontiac Firebird.  Jimmy Stafford is driving a yellow 1967 Chevy Camaro and Scott Underwood is driving red1965 Ford Mustang.  All great cars.  These might not be famous or that well known, but the Firebird was so cool, I wanted it immediately.

7. B.B. King & Eric Clapton’s ’66 Cadillac:  These two legends joined together for an album titles “Ridin’ With the King”.  It was a classic blues album and the cover had the 2 riding in a beautiful 1966 Cadillac.  A car fitting for these two legends.  This is one where the car was on the album cover and in the video.

6. The Who’s Magic Bus: I know it is not a car, but it is The Who!  Plus, who would not want to party in that freakin’ awesome bus!  Talk about a party bus!

5. Elvis Presley’s 1955 Cadillac Fleetwood:  I don’t think this was actually in any music videos for Elvis, but it is a very famous car nonetheless.  He bought this, originally blue, and it was later painted pink and given to his mom when he grew tired of it.  It now resides in Graceland for all to see.

4. Whitesnake’s 1987 Jaguar XJ’s one in White and one in Black:  When Tawny Kitaen danced across the hoods of these two beauties, ever guy wanted to be those cars.  They were in a couple videos for the band, but the most memorable was for “Here I Go Again”.  The cars actually belonged to David Coverdale and the video director.

3.  Sammy Hagar’s Ferrari 512bbi Boxer:  The video for “I Can’t Drive 55” featured this Italian beauty.  I wanted a Ferrari when I got older and I am still waiting to get one.  This car will always be associated to this video and last thing I read on the car, it was still owned by Sammy Hagar. 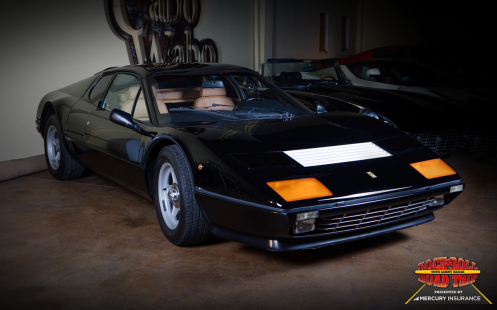 2. Janis Joplin’s Porsche 356:  This song isn’t actually from a song or an album, but one of the most unique and recognizable cars out on the list.  When you see it, you know it is Janis Joplin’s car.  The psychedelic paint job just screams the 60’s.  Janis bought this car and it was white.  She talked her roadie into painting it and this was the result.  Incredible!  The car was actually stolen a year later, but has since be found and restored to it’s former glory. 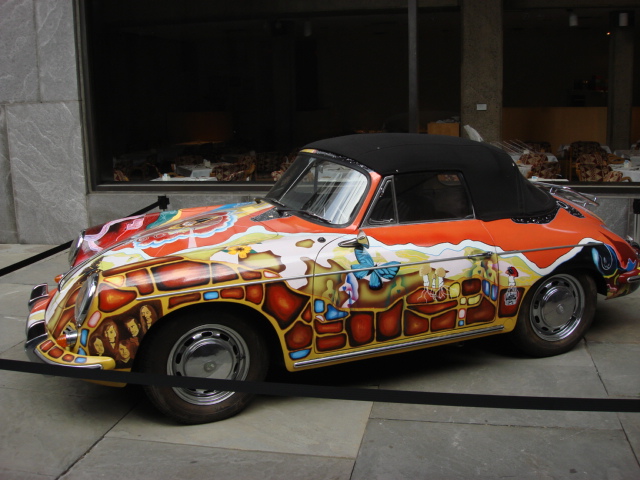 #1 – ZZ Top’s Eliminator car – A 1933 Ford Coupe:  The car is iconic from their music videos in the 80’s.  It was used in a lot of their videos for the albums ‘Eliminator’ and ‘Afterburner’.  It is one of those cars when you see it, you think ZZ Top