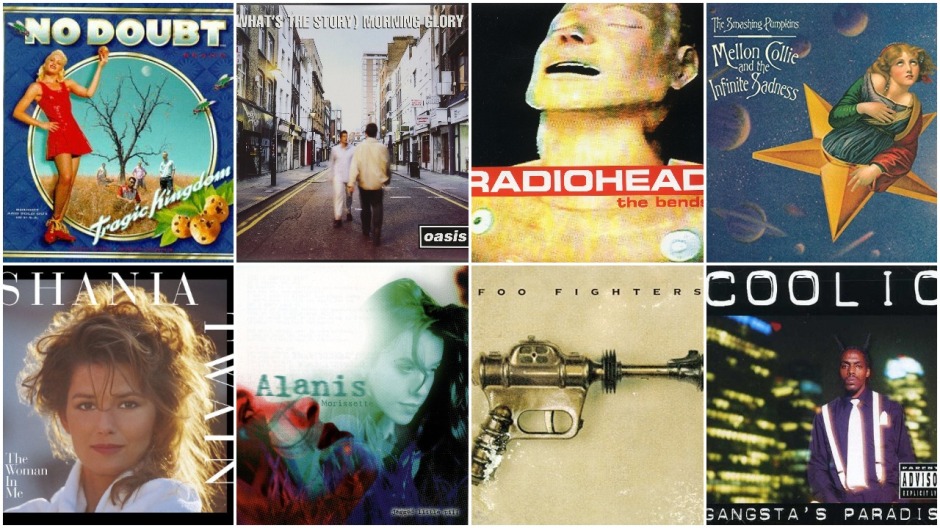 If you are new to the site, I started this series with the year 1987 and then noticed that 1991 and 1983 were also a couple of the greatest years in music.  I got to thinking, was there a pattern that every 4 years we have another great year in music.  Well, I am not sure the theory held up for me with 1979, but now I am exploring the year 1995. If you want to explore the other years, click on the link below…

Will 1995 be another great year or is my theory fully debunked with this year.  Let us explore and see and then decide a the end.  But first we have to ask What were the top albums of the year?, What were the debut albums from some of the great rock bands? and What was going on in the world of music that year?

1995 didn’t have any major news story that changed music like 1979 with the Sony Walkman and 1983 with the release of the CD, but a couple big stories did happen. 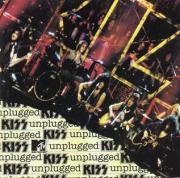 On August 9th, a major even happened in the history of Kiss.  Kiss performed on MTV’s Unplugged series.  That in and of itself was nothing special, but some special guests were invited up on the stage and out walked Ace & Peter.  It was the first time in 16 years the original members of Kiss (Gene, Paul, Peter & Ace) had played together.  It was so well received that the following year, Kiss put their make-up back on and the first reunion tour was kicked off and the Kiss Unplugged album was finally released.  This event started it off.

On September 1st, The opening of the Rock & Roll Hall of Fame happened in Cleveland, OH.  No matter how controversial each year’s picks are and who is excluded from that list, everyone deep down loves the Rock & Roll Hall of Fame.  If you were in Cleveland, you would go so go ahead and admit it.  I don’t know if I will ever make it to the HOF as I am not sure I have any reason other than that to go to Cleveland…sorry Cleveland, I can’t think of a lot you have to offer (let the hate mail begin).

Post-Grunge was King and so was Hip-Hop and since I am an old school Rock guy, forgive me if I miss some crucial albums from this year that I am just not familiar with in the least.  I will do my best and try to capture as much as I can.

Alanis Morrisette – Jagged Little Pill – (June 13th):  This was Alanis’ third album, but it was her Worldwide Debut as no one outside of Canada had heard of her. The album would go on to sell over 33 million albums around the world.  It was epic!  With 6 singles and hits such as “Ironic”, “You Oughta Know” and “Hand in My Pocket”, there was no going anywhere without hearing this gem.  She was talking about things in a way that really resonated with woman and everyone at the time and became very impactful.

Radiohead – The Bends – (March 13th): The band moved away from their heavily grunge influenced debut ‘Pablo Honey’, but still delivered a powerful and well-received sophomore album.  The album sold more than 3 million copies and I love the song ‘High and Dry’ as well as “Fake Plastic Trees” and “Planet Telex”.  It wound up on a number of magazines Top Albums of the year for 1995.  The album became a huge influence for the British Pop movement.

Oasis – What’s the Story (Morning Glory) – (October 2nd): The Gallagher Brothers released their second studio album and damn, what an album.  It took them to whole other level and made the worldwide superstars.  With songs like “Wonderwall”, “Don’t Look Back in Anger” and “Champagne Supernova”, I was immediately a fan.  One of my favorite albums of the year and it would go on to sell over 15 million albums so I wasn’t the only one that liked it. 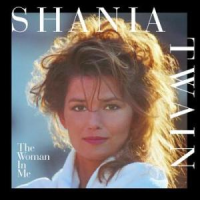 Shania Twain – The Woman in Me – (February 7th): In the world of Country Music, you don’t get much bigger than Shania.  And in 1995, it was the beginning of a huge Country music explosion.  This wasn’t as big as her next album, but without it, there woudn’t be Shania Twain.  When Mutt Lange got a hold of her (literally and figuratively), he turned her into a megastar and people that never listened to Country music now did.  The album sold over 10 million copies and gave us 8 freaking singles. 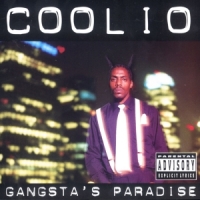 Coolio – Gangsta’s Paradise – (November 21st):  The biggest selling single of the year came from this album.  The top-selling song “Gangsta’s Paradise”.  The song came from the Michelle Pfieffer movie ‘Dangerous Minds’ and was such a cultural phenomenon that Weird Al Yankovic did a parody of it much to the disdain of Coolio.  I am not a huge hip hop fan, but this was a great song and well deserved its many accolades.

Smashing Pumpkins – Mellon Collie and the Infinite Sadness – (October 23rd): This was the band’s third album, but my first in their world.  I really loved the songs “1979” and “Tonight, Tonight” among others.  The album went immediately to #1 on the Billboard Charts and has been certified Diamond Status with over 10 million units sold.  It is too bad in 2018 there is so much drama within the band. 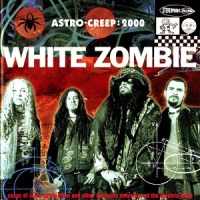 White Zombie – Astro-Creep: 2000 – (April 11th):  This was my introduction to Rob Zombie.  Sadly, it was the final White Zombie album and then we would have a bunch of Rob Zombie solo albums.  This album went to #2 on the Billboard 200 and has sold over 3 million copies.  It brought us songs such as “More Human Than Human” and “Electric Head Part 2” and the band went a little more industrial in their sound then in previous releases.

No Doubt – Tragic Kingdom – (October 10th):  It wasn’t the bands debut album, it was their third, but it was the first to introduce us to Gwen Stefani.  The album went to #1 and sold over 10 million copies.  Gwen introduced mainstream radio to Ska and such huge hits as “Just A Girl”, “Spiderwebs” and “Don’t Speak”.  She would later go on to solo fame before making even more hits with No Doubt.  Now she is a punchline when you here Blake Shelton’s name.  Talk about tragic.

dc Talk – Jesus Freak – (November 21st):  The Christian hip hop band went more rap rock with their now classic album.  It was the one of the biggest selling albums in its first week for a Christian artist at 80,000 copies and has gone on to be known as one of the most important Christian albums of all time.  It gave us classic songs such as my personal favorite “Jesus Freak” as well as “Colored People” and “What If I Stumble”.  I just picked this up on vinyl this past year.

Collective Soul – Collective Soul – (March 14th):  The band’s second album and the one that did it for me.  I like their debut, but this was more to my liking.  More rock, less alternative rock.  The Georgia band brought us some great songs including “Gel”, “December” and “The World I Know”. Ed Roland and company would solidify themselves where I now buy their albums sight unseen…and have never been disappointed!!

The debut albums from bands this year was quite incredible.  Some of these are the best albums of the year.  So why don’t I quit yapping and get to them…

Foo Fighters – Foo Fighters – (July 4th): Dave Grohl finds new ground after the end of Nirvana and the death of Kurt Cobain.  Dave goes from behind the drum set to take on the lead singing role and to everyone’s surprise…Damn!!  What a great job he did.  The hard rocking sound brought is 6 singles including “This is a Call”, “I’ll Stick Around” and “For All the Cows” among others.  This was the start of a band that is still going strong 20+ years later. 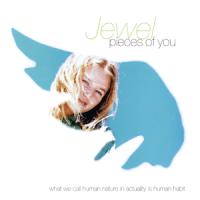 Jewel – Pieces of You – (February 28th):  Another big album this year was the debut of Jewel.  Her folk rock/pop sound took the airwaves by storm and was actually a stark contrast to Alanis Morrisette.  Her album went to #4 and has sold over 15 million albums worldwide.  It brought such jewels (see what I did there) as “Who Will Save Your Soul”, “You Were Meant For Me” and “Foolish Games”. The Alaskan princess went on to really great things.

Filter – Short Bus – (May 8th):  Richard Patrick took Trent Reznor’s advice and went his own path and formed his own band called Filter and we are so glad he did.  Filter brings us an intense industrial rock/metal sound that gets better with age.  The debut gave us the Filter classic “Hey Man Nice Shot”.  Filter is still going strong today although it is only Richard that is still an original member…it is his baby so that is fine.

Kenny Wayne Sheppard – Ledbetter Heights – (September 19th):  Another great product of the year was blues artist Kenny Wayne Sheppard.  Kenny was only 18 years old and he could sing and play one mean ass guitar.  It is one of the few blues releases to actually have mainstream success and would go on to reach Platinum status. Kenny is still killing today and he might be even better now.

The Remaining debut albums for the year worth noting are as follows (and there are a ton of debuts): 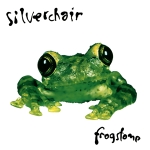 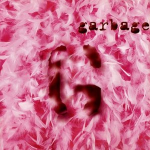 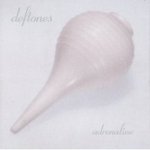 Other Notable Releases (at least to Me):

There are so many releases that I can’t list them all. So, I will capture the ones that impact me in some way.  These are the albums that I love that are from the time period some I didn’t listen to until many, many years later. 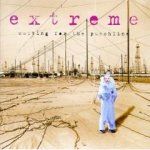 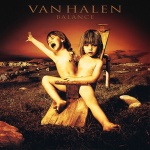 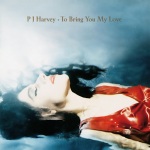 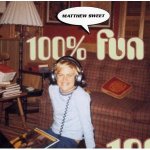 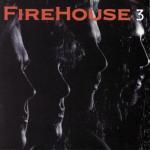 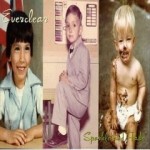 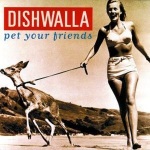 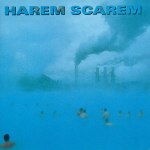 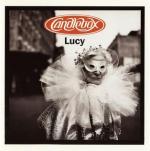 Other Important notable dates (well some aren’t too important):

There you have all the contenders that will be used to make the argument that 1995 was the greatest year in music.  I have to say my theory doesn’t really work for me on this year either.  I think both 1979 and 1995 are great years, they are not the greatest years. And as I said earlier, I am a rock/pop guy and not much else so I am sure I missed a lot so keep that in mind. Let me know your thoughts.

Okay, that officially kills my theory…but it won’t kill this series. I will keep exploring years in music and who knows where it will take me…Until next time…