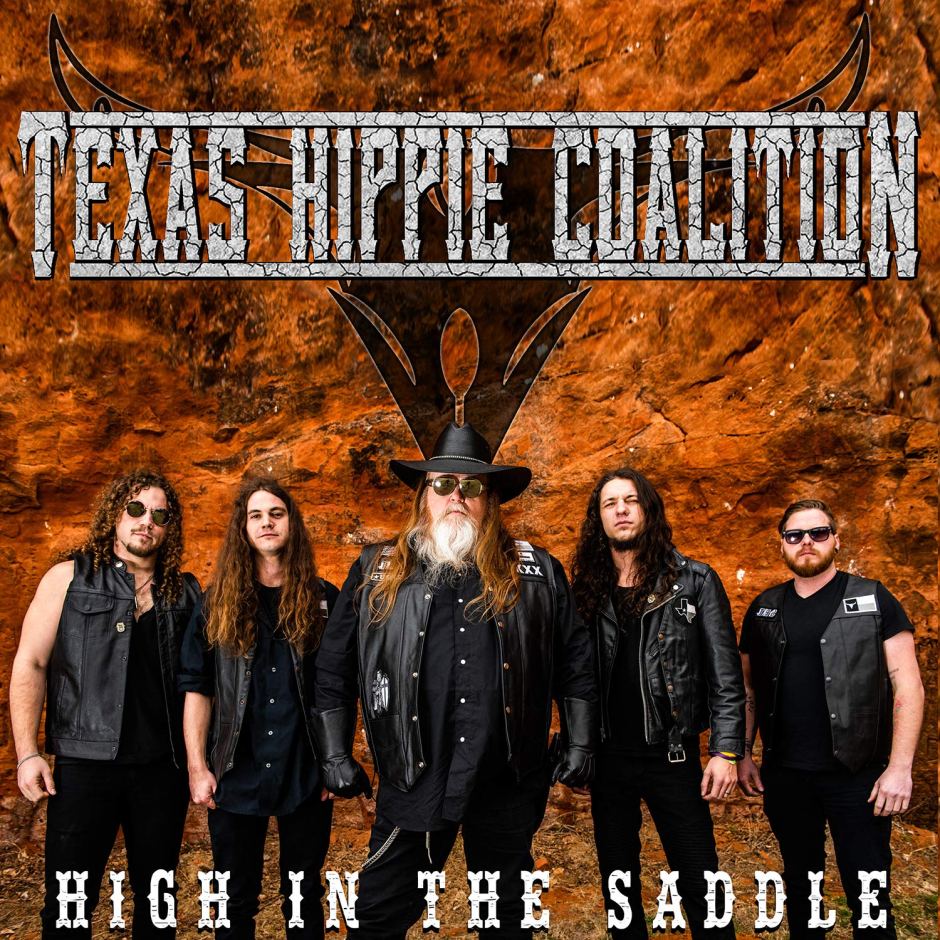 What’s the old saying…”Things are bigger in Texas”.  That can’t be more true than Texas Hippie Coalition.  The music is bigger and so is the singer Big Dad Ritch!  No, I am not talking about his size (which is Big) but I am talking that voice. It is loud and menacing!

The band is back with their sixth album and first with their new label Entertainment One.  A “big” step up for the boys.  Their music is a soundtrack to Bar Fights and even for  Strip Club dances.  It is loud, gritty, dirty and downright nasty!  It is pure Texas Metal!!  From the opening salvo of “Moonshine” all the way to “Blue Lights On” they assault you with blistering guitars and head banging drums.

The music is a little more melodic than past albums which makes it more accessible with songs like “Why Aren’t You Listening” and “Tongue Like a Devil”.  They even have a ballad with the wonderful “Ride or Die”. The band pay homage to and show their love for that witchy woman herself, “Stevie Nicks”.  Don’t worry, they haven’t gone soft as “Dirty Finger” flips you off, middle finger raised in the air!!  “Bring It Baby” screams at you with all the gusto Big Dad Ritch can muster.

Texas Hippie Coalition deliver a metal album that will have rock fans slamming down the beer and waving those dollar bills in the air!  For me, this is a step up for the band and I am digging it more than the last one.  I will give this one a 4.0 out of 5.0 Stars.  I have had this thing blasting in the car since its release and no signs of slowing down…the album or even the car!