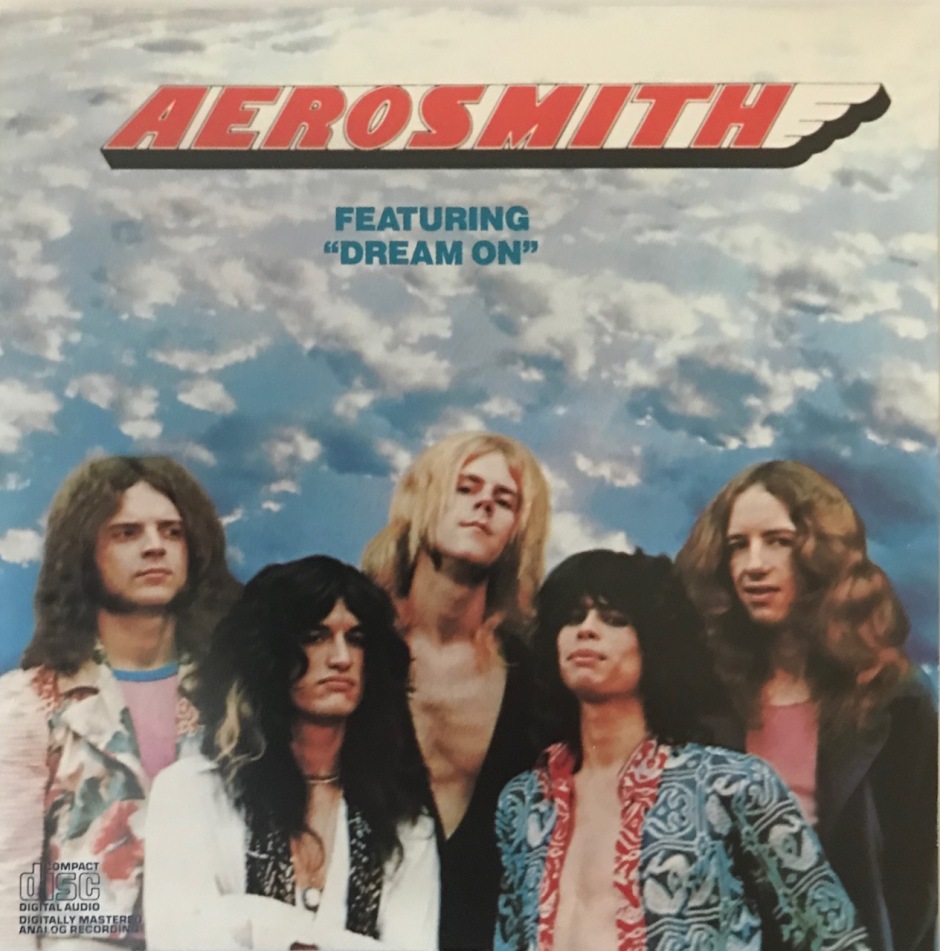 Welcome to another new series on 2 Loud 2 Old Music. Last week, we started the Cheap Trick Collection Series and this week we kick of the Aerosmith Collection Series. As a reminder, the Collection Series is simply all the albums by the band I have in my collection. I will stick to chronological order as best I can, but if I pick up something new after I’ve passed that part of the band’s timeline, I will put it in as fast as I can. I hope you enjoy it and why don’t we get started.

Aerosmith was formed back in 1970, but prior to their formation, you had Steven Tyler in his bands either Strangeurs or Chain Reaction playing gigs most Summers up in Sunapee, New Hampshire. While playing there, he saw future bandmates Joe Perry and Tom Hamilton’s band play called the Jam Band and thought he would love to play in that band. In 1969, the Jam Band moved to Boston where they met Joey Kramer and he joined their band. Well, Joey knew Stephen and had always wanted to be in a band with Steven so they got in to contact and Aerosmith was born. A second guitarist was added by the name of Ray Tabano and the band was complete. This was late 1970. Shortly there after, Tabano was replaced and on came Brad Whitford as the second guitarist and the classic Aerosmith line-up was not complete. They jammed together and played gigs constantly around Boston and signed a record deal in Mid-1972 and the rest was history.

The band all lived together in a house at 1325 Commonwealth Avenue and one thing very interesting about the band in these early years is that they were already deep and heavy in to drugs. From what I’ve seen with a lot of other bands, it would happen more so after they were successful, but not Aerosmith. After one of their drug filled afternoons watching The Three Stooges, the band held a meeting to come up with the name as they were no longer going to be called The Jam Band. Well, that is all thanks for Joey Kramer. He had the name written over and over again on a notebook which was inspired from a Harry Nilsson album called Aerial Ballet. Yes, that is a very simplified version of the start because if you’ve read the Aerosmith biography, you know they spent a huge chunk of time on the band’s formation and we don’t have that kind of time here, plus we are really here to let the music do the talking, are we not.

Before we go to the music, the album packaging is worth mentioning. My copy is a CD as I haven’t found a good copy of the debut yet. But the cover art is pretty freaking awful looking. Secondly, the pictures of the individual band members is also rather horrible. You get close ups of 4 of the members, some a little blurry and not very great shots. It is like they grabbed whatever personal photos of the band and used that. Nothing professional about it at all. Plus, why does Joey get a full body shot and not the other guys. Joey also looks like he was a member of The Band in that shot. And then when you get to the back cover, it is plain boring with the solid blue color and track listing. Nothing interesting or exciting about it at all.

I guess that is all representative of the sound of the album as it is so muddied and dull. The band live is exciting, loud and plain raw. The record didn’t capture that and is really a horrible sounding record, but that doesn’t mean it is a bad record overall as it does have the songs, I am more speaking of production wise and I think the producer, Adrian Barber, did a lousy job capturing the essence of Aerosmith.

The album came out on January 5, 1973 and was basically a flop and only reached #21 on the Billboard Charts. Now, it has gone on to sell over 2 million copies and might be on their top albums, but it was completely unnoticed

“Good evening people, welcome to the show / Got something here I want you all to know” opens the album and the career of Aerosmith. The song “Make It” was written by Steven Tyler while he was driving from New Hampshire to Boston. He was searching for the one line that he would want to sing if he was opening for the Stones. And I think this is a great opening track. The song is basically about making it and working hard to get it. The band has a blues rock sound with raw guitars and Steven’s vocals are unparalleled. I love the fuzziness of the guitars and that one was fantastic. In a world that was full on Glam Rock, this rough and ready Blues Rock band brought something different to the table.

The B-Side to “Dream On” was “Somebody”. The song was written by Steven all based on a riff by their roadie Steven Empsack who used to sit and play it. Tyler took that riff and built this song around it. Another blues heavy track with that killer riff. The song is about going out and getting that woman of your dreams, but he needs the help of someone else that has been through what he has.

Then we get to what might the best song they’ve ever written and that is “Dream On”. Written years before Aerosmith, Steven wrote it on a Steinway Upright piano. Tyler claims that he sung this song in his “real” voice where all the other songs on the album he sang much deeper to get that more soulful blues type voice. The song is driven by a piano and mellotron and that voice. The vocals are magic to this song and those screams he hits will send chills up and down your spine. It is an awe-inspiring track and would make my Top 10 songs of all time if I was to do a list.

The end of Side One is the song “One Way Street” is another piano driven song along with a harmonica taken straight from the Rolling Stones’ “Midnight Rambler”. It feels like blues and straight-up rock and roll and there is one bit that feels a little honky tonky with the piano when it picks up tempo a slightly. The solo on this one is handled by Brad Whitford and there is a nice little jam section as this song goes on for over 7 minutes. It might be the best solo on the album so far and definitely the coolest part.

Side Two opens with another classic Aerosmith track called “Mama Kin”. There is a long intro into the song by Joe Perry with a killer riff and some solid basslines by Hamilton. There is also a saxophone played throughout the song by David Woodford. The rhythm section on this one is the backbone, but those Perry riffs are also pretty killer. Tyler’s vocals are soulful and yet feels a little sleazy too and full of energy. It is a blast of a song.

Next up is “Write Me A Letter” opens with a some nice drumming by Kramer and then comes in the guitars and gives us a straight-forward rock song. This is not a well-known track and fills flat and lifeless at times with the exception of Kramer as I think this is where his drumming really shines. There is also some more great harmonica work by Tyler. It is mostly a forgettable track especially at times it sounds like Tyler is whining like a baby and really hurts the song. The most interesting thing about the song is it was called “Bite Me”…I might’ve liked that better.

The first song Steven wrote with Joe is “Movin’ Out”. It is pure Blues and Tyler’s vocals have the right grit for that sound. The blues guitar work is Joe at his best. Kramer’s thumping kick drum is strong and the whole band is grooving along nicely. Perry’s guitar work on this one might be my favorite on the album. A solid track. I believe I read somewhere that this was recorded on a waterbed at their apartment, but maybe that was the demo.

The album’s only cover is the song “Walking the Dog” by Rufus Thomas. This songs sounds like Zeppelin and is plain and utter coolness personified. I love the scratchy guitar work and the groove is great and Tyler’s vocals are brilliantly applied and put to the proper use. It is a perfect song to go out on and a very cool track. A piece of trivia, if you have an original pressing of this album, the song is listed as “Walking the Dig” and not Dog. I just missed on getting a copy as I didn’t get to the record store fast enough when they got a promo copy with that mistake. That would’ve been a cool one to have in the collection.

The Track Score is 7 out of 8 Tracks or 88%. Overall, the songs on this album are top notch. The sound, however, is not. I think the production of this album takes away from some of the enjoyment, but not much. This is a solid debut album with two classic Aerosmith tracks with “Dream On” and “Mama Kin”. The dual guitar work of Perry and Whitford is blast and that rhythm section of Kramer and Hamiltion is one of the best. But for me, it has always been Tyler’s vocals as there is no one out there like him and never will be. I love the blues influenced sound and the straight-up bar like rawness of the band’s sound. There was only one bad song and the production to ding it so that isn’t bad. My Score is 4.0 out of 5.0 Stars and what a way to kick off the series. Get ready as there is so much more to come.