Welcome to 2Loud2OldMusic.com. Obviously, this is a blog about music. But what kind of music you ask. Music I like!!! Whether it is Rock, Metal, Pop, Christian, Country, New Classical, Motown, Jazz, R&B, Hip-Hop or whatever else is out there. It doesn’t have to be popular with the masses or the next big thing. It just has to be music that moves me in some way. There is nothing better than listening to music and how it makes you feel. Well, except maybe the laughter of my 2 beautiful daughters and my lovely wife.

I have been passionate about music my whole life. It all started when I was younger growing up in the 70’s & 80’s and having a lot of older siblings who had varying taste in music (I am the youngest of 7).   That led me to be exposed to a few different styles.

I had a brother or two that listened to Black Sabbath, Kiss and I vaguely remember an album (or should I say an 8 Track) by a band called Sharks. Another brother that got me exposed to bands like Def Leppard and Van Halen. And still another brother that listened to Fleetwood Mac and the Bee Gees. A sister that was more into the Pop scene and she even took me to see my first concert. Which I believe was Rick Springfield. 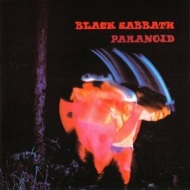 Watching TV, there was American Bandstand and on TBS was a wacky show in reruns called The Monkees. I was obsessed with them and as such it became the band I bought my very first Vinyl record. I had my mom order it from a TV commercial that came on during the show’s commercial breaks. Grease and Saturday Night Fever were released in the theatres and showed me how well music can bring alive a movie. Both movies used the music so differently as one was a musical and one used music to drive the story. They were awesome.

And then there were my parents. My Mom enjoyed Air Supply and I remember my dad listening to Kitaro  and Andrea Vollenweider – some weird New Age crap (but was actually really great). I even remember getting dragged while on vacation to see the Lawrence Welk tribute show with my grandmother and my parents. At the time, I absolutely cringed and hated that show, but now I actually look back on that with fond memories and realize it set up my love for music from the 50’s like Sinatra, Dean Martin, Tony Bennett and many others. 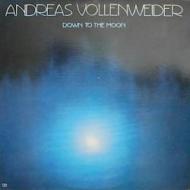 My parents didn’t discourage my music taste and let me listen to pretty much anything. That also probably had to do with the fact I was the youngest of 7 kids and my parents had just given up trying (but probably not). A lot of what I listened to I actually think my mom enjoyed as well. I remember in high school, I wanted to buy a new very expensive stereo system. Full rack system with big ass speakers and this new invention called a CD player. It seemed so cool. My dad agreed to pay half if I could come up with the other half. Well, I was working at Kroger at the time and I saved as much money as I could and eventually in 1985 I was able to get a full Kenwood Rack system with a turntable, equalizer, tuner, dual cassette deck, a CD player and 2 BIG ASS speakers. From that point on, music was what got me through life. I spent hours upon hours making mixed tapes and just listening to anything and everything I could.

I mentioned my first album up above was The Monkees Greatest Hits. My first cassette was a gift from Rosemary, a girl in the neighborhood. It was Hall & Oates H20 and still one of my favorite albums. The first CD I bought was Survivor Vital Signs. I don’t think I ever bought an 8 Track. What a pile of shit those things were. Nothing worse than in the middle of a song it would fade out to change tracks and than start back up again. Or in the car, having to wedge a piece of aluminum foil under the 8 Track in the Oldsmobile Cutless to make sure it worked. What a dumbass contraption. Thanks Bill Lear for creating that garbage. 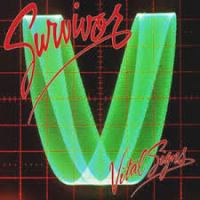 CD’s were definitely my addiction. I ended up with well over 600 CDs (until you could download music). Even bought 3 Sony CD players (each holding 200-300 CDs) that way I had all my music in one place that only took a space about 3 feet wide and about 3 to 4 feet high and it was easily accessible. Then along came something called a mp3 and an Ipod. All my music would fit on this little box about 3-4 inches long…Wow, my mind was blown. And now, I can just sign up for a service and pay about the price of one CD a month and can stream virtually any album I want. Cool, that will save me a ton of money. I am not one that has to have the physical product or read the linear notes, even though that is still the best. I just want the music and want to be able to listen to whatever, whenever I want. 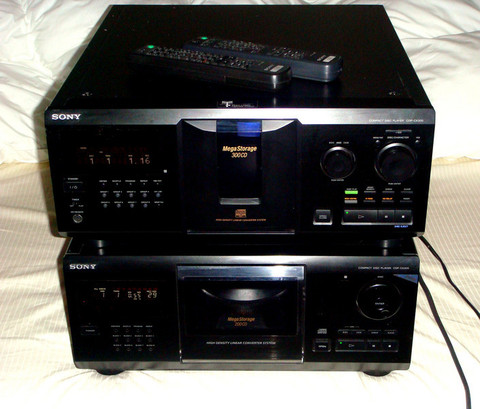 Music can stir so many emotions. It can lift you up when you feel sad. It can let you release any built up rage (especially when your stuck in traffic – it has saved me many times from ramming my car into some asshole who cut me off or rode my bumper). Music can also bring back a memory or help you build new ones (such as at a Daddy/Daughter Dance or singing at the top of your lungs with the kids when a song you all like plays).

All these things put together are why I am passionate about music. Since I can’t play an instrument or sing to save my life, I can listen to music, spread the word and support the bands that have moved me in some way over the years. I hope you enjoy the site and I can bring you some sort of listening pleasure and help you discover a band you might not know about or rediscover one you might have forgotten.

What can you expect from this site?

Someday I hope to even do interviews. I will do my best to make sure there is enough variety to keep you wanting to come back for more whether you visit the site daily, weekly or even monthly.

If you have any comments, questions or something you would like to see covered on the site, feel free to email me at jts@2Loud2OldMusic.com