For My Sunday Song #150, we are ending the Van Halen set of 10 songs with “Mean Street” off the album “Fair Warning”.  The song reached #13 on the Mainstream Rock station and help propel the album to #5 on the Billboard charts.  It is the opening track and the song were the title of the album comes.

The song comes blazing out of the gate with the vintage Eddie style riffs that scream…I am the best guitarist and don’t you forget it!!  The opening was inspired by the slap funk bass style and I would say there is nothing the man can’t do with a guitar.  Then the song gets dirty and a little nasty.  Musically and Lyrically, it is a dark song for the band. I also love the fade out at the end with those wicked guitar parts Ed is playing while it is fading out.

The song seems to be about life on the streets.  The pain and agony of living on the street and the fighting to stay alive.  The streets will basically chew you up and spit you out.  Funny thing, the band aren’t from the streets so they really have no idea about “mean streets” now do they. Don’t get me wrong, that takes away nothing from the song.  It is badass and delivered very convincingly.

END_OF_DOCUMENT_TOKEN_TO_BE_REPLACED

We are halfway through the year now, can you believe it?  I have to say, I haven’t been blown away by the first 6 months of releases, heres hoping to a better second half.  In this final week of June there are a handful of releases I am looking forward to and they are highlighted in Blue.  Hopefully there is something in the list that will connect with you and if there is, let me know which one. Also, let me know if I missed anything as it helps our readers find new music.  Thanks and have a great weekend!!

Oh yeah…I have a public service announcement at the bottom of the list, please give it a read! It will help us all!!

END_OF_DOCUMENT_TOKEN_TO_BE_REPLACED 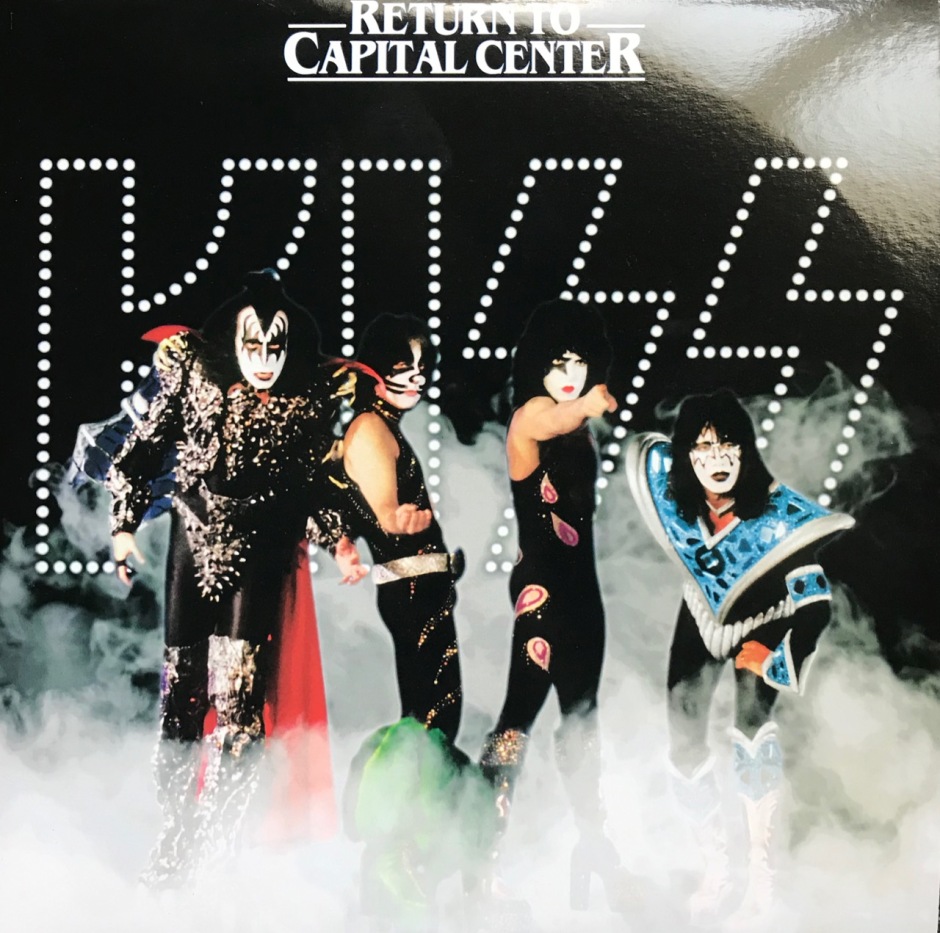 We have another Kiss Bootleg to discuss in this series.  We are on #4 and this one is from the 1979 Dynasty Tour and took place in Largo, Maryland on July 8th, 1979 at the Capital Center.  This was a time in Kiss that is quite interesting as the band was imploding, basically.  Peter couldn’t play drums like he did just a short time earlier and Ace was shall we say, “high” on life.  This tour was supposed to be huge.  The costumes, the stage show and well, everything was to be bigger and better.  Well, it was far from it.

Before we get in to the music, we go through the packaging first and this set is delivered beautifully.  The set was done in 2018 and it was put together quite nicely.  Here is the first little nugget, it is a a little side card that bends around one end kind of like the OBI strips for Japanese releases.

After that there is a large, album sized Disco Sticker included.  It is supposed to be in a Disco Ball style and is a little hard to see, but cool nonetheless.

END_OF_DOCUMENT_TOKEN_TO_BE_REPLACED

After Billy’s last greatest hits album “Idolize Yourself”, things went quiet.  From 2010 – 2014, Billy worked on the next project.  Along that same timeframe, he was also working on a book that chronicle his life called “Dancing with MySelf”.  The album and book were both released in October 2014 and I guess you could say the album was a soundtrack to that new book.

For me, the album, called ‘King & Queens of the Underground’, should have been called ‘Postcards from the Past’ as the songs seem to have that retrospective feel and were snapshots of his life and career.  There is a lot of soul-searching going and it feels like a cathartic exercise in releasing his demons.  It was the perfect companion piece for the book.

For the recording of the album, Billy worked mostly with Trevor Horn of the famed band, The Buggles.  Keith Forsey, who produced most of Billy’s album was not back for this one.  I don’t think there were any issues, I believe Billy was wanting to explore new ground.  Trevor brought Billy back to 80’s sound more so than the ‘Devil’s Playground’ did.  There were a little more synthesizers/keyboards than in the past and it was utilized perfectly.

END_OF_DOCUMENT_TOKEN_TO_BE_REPLACED

And now are you ready for Part 2 of Slipknot??  Well of course you are.  Why wouldn’t you be.  Here is the next batch of our 2 part series on Slipknot.  I hope you enjoy!! 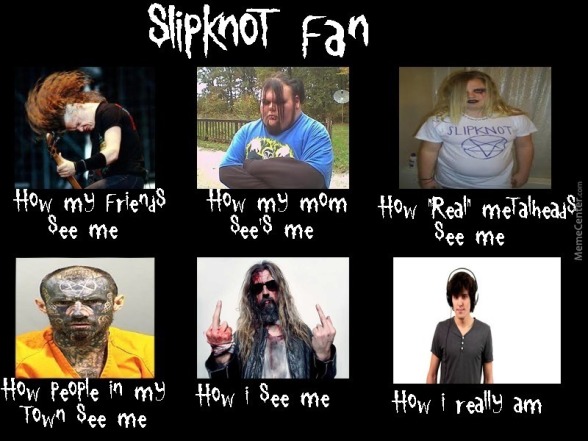 END_OF_DOCUMENT_TOKEN_TO_BE_REPLACED

After a year since the release of The Collection Volume 1, Def Leppard finally releases Volume 2.  And as I did with the first, I bought the Vinyl edition.  Volume 1 was sensational and if you want to check out that review, click on The Collection Volume 1.  As I normally do with these box sets, I focus mostly on the packaging and the bonus material as the main albums we all know and love or we wouldn’t be buying this set.  I want to know if we are getting a bang for our buck

Look at all the albums and songs you are getting. There are 4 Studio albums and 4 albums of bonus material and there a total of 10 LPs in the set as 2 of the albums are double LPs.  It is heavy and chock of great tunes that will give you hours and hours of fun. I always save the sticker that is on the plastic wrapping and this time is no different.  Here is a summary of the box set.

END_OF_DOCUMENT_TOKEN_TO_BE_REPLACED

For My Sunday Song #149, we are not going real deep for this one.  We are going to one of their big hits and a personal favorite called “Panama” off the album ‘1984’.  The song reached #13 on the Billboard Hot 100.  For me, the song brings back memories of my Senior Trip in High School when we went to Panama City, Florida…the song was blasting in the car on the way down!!

The song has two theories behind its meaning.  The first is it is about a car and the second theory is it is about a stripper.  The lyrics work either way as it is a wonderful double entendre.  The song does mention all the typical car parts and hell there is even a part during the bridge where you hear an engine revving.  That car engine is actually Eddie’s 1972 Lamborghini Miura S with a mic up to its tailpipe.

The album 1984 brought the keyboard sound into the bands music, but this song would have none of that.  It had Eddie blasting through some brutal riffs and Alex was pounding away at the drums and the brothers gave us the Van Halen of old.  Dave is his classic self and is belting out the lyrics and even giving us a little of that spoken verse style he does so famously towards the end.

END_OF_DOCUMENT_TOKEN_TO_BE_REPLACED 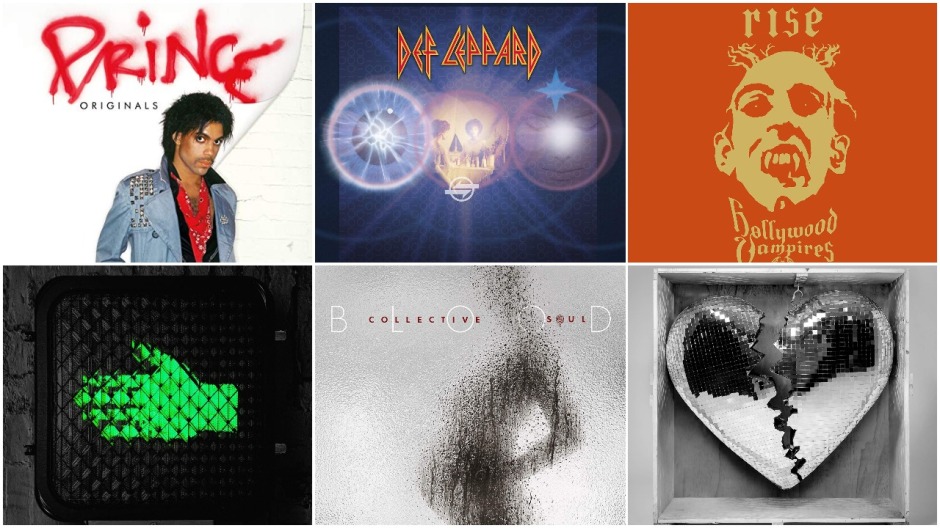 Welcome to a very busy Friday of releases.  There are a bunch of releases I am interested in getting, but only one I am buying as that one is so expensive, I can’t afford anything else.  As Summer keeps getting hotter, so does the new music.  My choices are highlighted in Blue. What are you interested in getting? Let me know what you want and what I missed and most of all…enjoy all the music.  Have a great weekend.

END_OF_DOCUMENT_TOKEN_TO_BE_REPLACED

And now we are on the third Kiss Bootleg I picked up in Paris.  This one is a beauty.  It is called “Kiss – The Summer of Satan: The Devils Ride Out!”.  The package is fantastic on this release as you get a beautiful gatefold, some awesome pictures on the vinyl sleeves and some colorful vinyl.

The show is at the Roosevelt Stadium in Jersey City, NJ on July 10th, 1976.  It is a full soundboard recording (and I believe this show was videotaped as well and circulating).  You get 15 tracks plus 3 solos, so yes, a full show.  Before we get in to the music, as always, let’s go over the packaging.  You’ve seen the cover above, now take a look at the back cover.  It is a picture of the band on motorcycles.  I really cool shot!

And It is a 2LP set and they did it right with a gatefold.  The full picture on the gatefold is a shot of the stage with all the band and the Kiss Logo!!  Okay, Peter is  little blurred by the smoke…lots of smoke.

END_OF_DOCUMENT_TOKEN_TO_BE_REPLACED 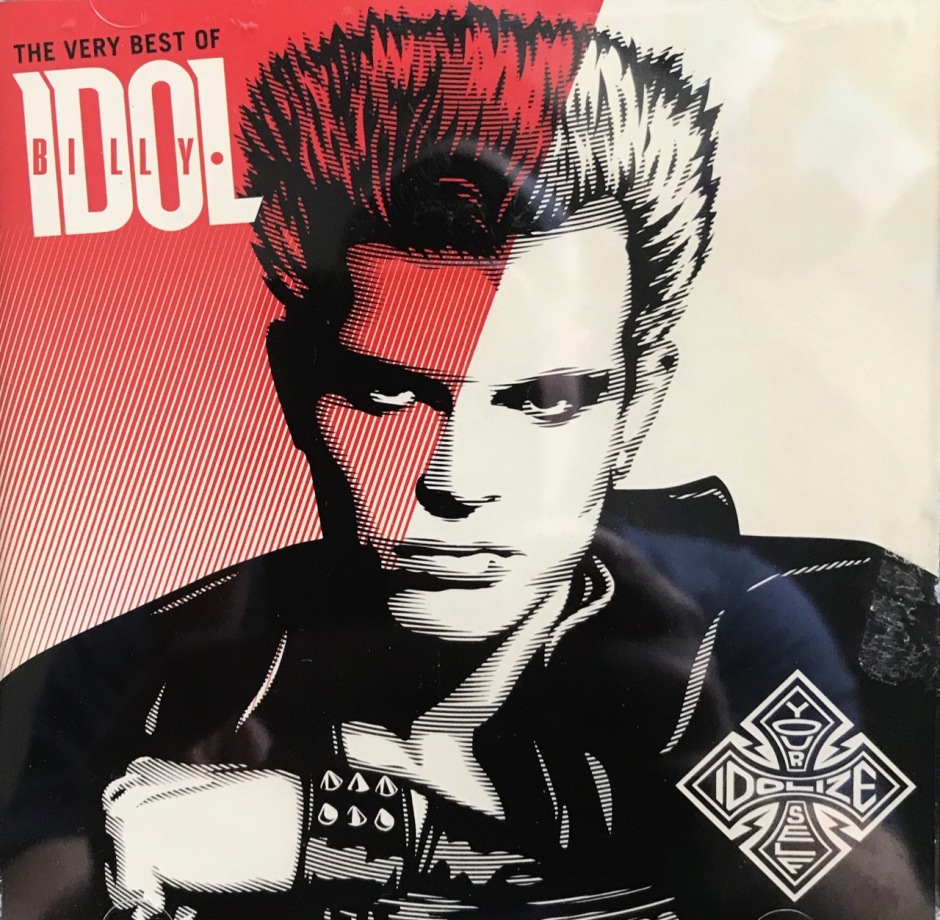 I wasn’t going to do any greatest hits, but with this one I changed my mind.  Billy has only had a handful of official greatest hits packages and although they cover the hits, none are really that great.  So, I thought I would help your search and give you what I think might the best of the greatest hits albums he has released.

The one I think is the best is the 2008 release, ‘The Very Best of Billy Idol: Idolize Yourself’.  It isn’t that much different than the 2001 release simply titled ‘Greatest Hits’. In fact, there are 14 songs that are the same and almost the exact track list order.  With the “Greatest Hits’ package from 2001, you get a live version of “Rebel Yell” and the Simple Minds cover of “Don’t You (Forget About Me)” which is a really good cover.  Those two are great to have, no doubt.  However, I do prefer the ‘Idolize Yourself’ version better. 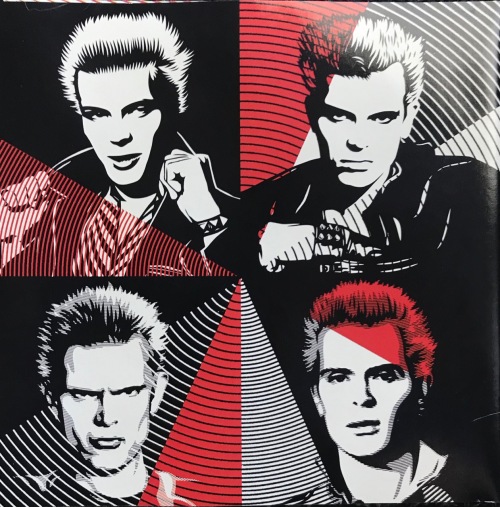 Why do I like this version better than the prior release?  There are actually 5 reasons.

First: It is the most current, so you get a song from “Devil’s Playground called “World Comin’ Down”.  The song is an uptempo rocker about the troubles in the world and the pressures you feel as a result.  It is a song that gets you moving and with Steve Stephen’s speedy guitar riffs and Brian Tichy’s heart-pounding drums you never catch your breath.