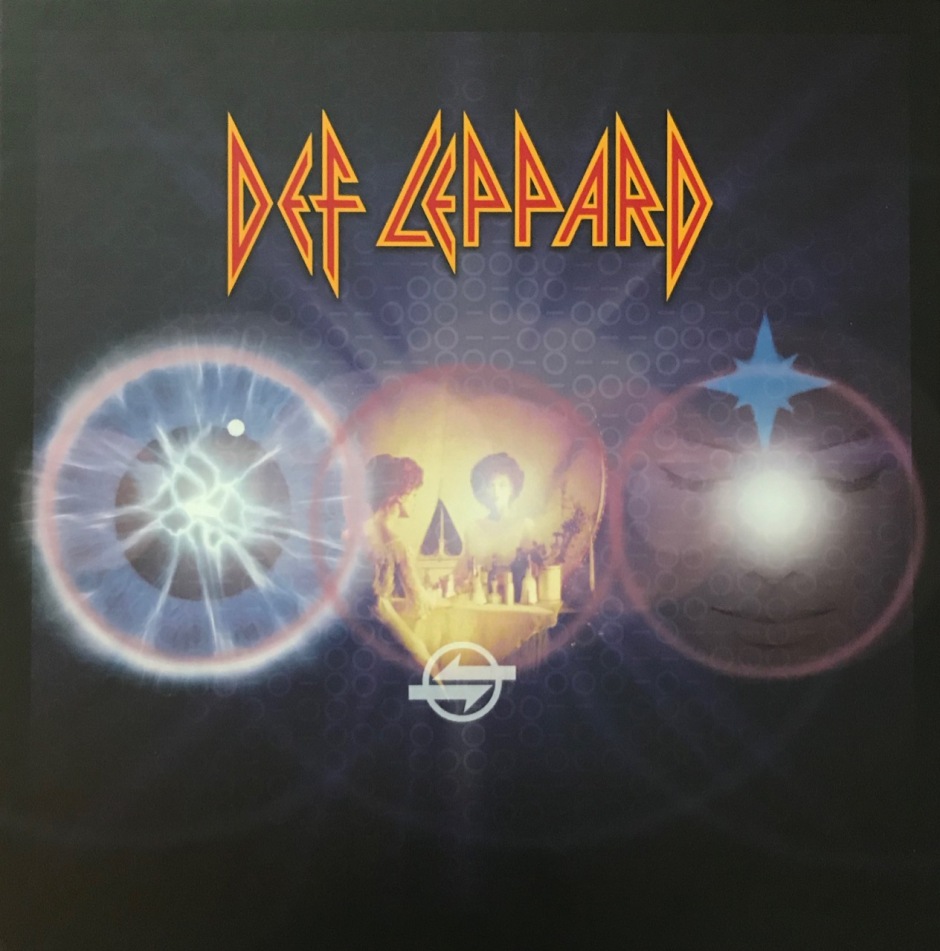 After a year since the release of The Collection Volume 1, Def Leppard finally releases Volume 2.  And as I did with the first, I bought the Vinyl edition.  Volume 1 was sensational and if you want to check out that review, click on The Collection Volume 1.  As I normally do with these box sets, I focus mostly on the packaging and the bonus material as the main albums we all know and love or we wouldn’t be buying this set.  I want to know if we are getting a bang for our buck 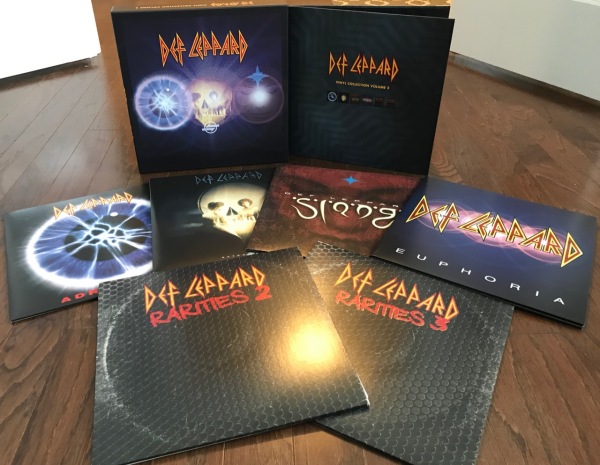 Look at all the albums and songs you are getting. There are 4 Studio albums and 4 albums of bonus material and there a total of 10 LPs in the set as 2 of the albums are double LPs.  It is heavy and chock of great tunes that will give you hours and hours of fun. I always save the sticker that is on the plastic wrapping and this time is no different.  Here is a summary of the box set.

The box it comes in is quite sturdy which it has to be to hold all those albums.  It is the built the same as Volume One and continues with the theme of blending all the album covers into one cover.  The back of the box has the albums shown and the track listing of all the albums which amounts to a whopping 85 songs. 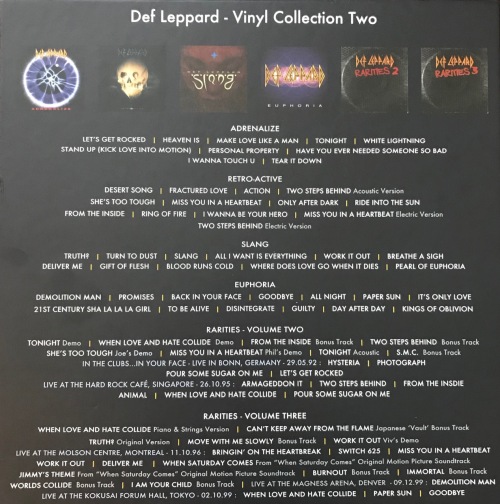 Now as I said above, I am not reviewing studio albums as I am saving that for a later time. For now, we are going to just discuss them briefly.  The cool thing about this box set from Volume One is that I actually have Zero of this albums on vinyl. Volume One I actually had all the studio albums already on vinyl.  So this set was a must have for my vinyl collection.

The first album in the bunch is the 1992 album ‘Adrenalize’.  This one came 5 years after ‘Hysteria’ and shortly after the death of lead guitarist Steve Clark.  He is surely missed on this one, but he definitely left his mark.  There are a ton of greats songs including “White Lightning”, “Tear It Down”, “Tonight”, “Have You Ever Needed Someone So Bad” and of course “Let’s Get Rocked”.  The album didn’t do as well as ‘Hysteria’, but it did better than most albums for any other band and those bands would give their left nut to be as  successful as this album was. 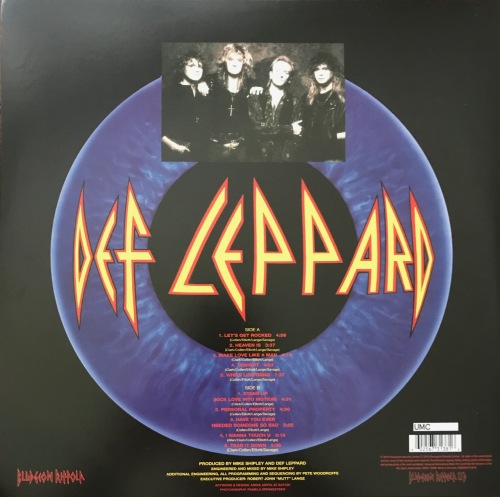 The next studio album is ‘Retroactive’ released in 1993.  It is part compilation, part studio as it is a collection of B-Sides and rare cuts from the band’s history that had not released on any studio album.  You get “Two Steps Behind” from the Arnold Schwarzenegger movie, “Last Action Hero” and then you get the wonderful ballad “Miss You in a Heartbeat” as well as the great Sweet cover for the song “Action”. The album has such great cuts such as my favorite “From the Inside” and “Ride Into the Sun” plus “Ring of Fire” and ” I Wanna Be Your Hero”…I could go on and on with all the great songs on this one.

The album is a 2LP set and so my big disappointment with it is that the album jacket is not a Gatefold.  That would have been a simple, nice touch for the release if it is going to be a 2LP set. 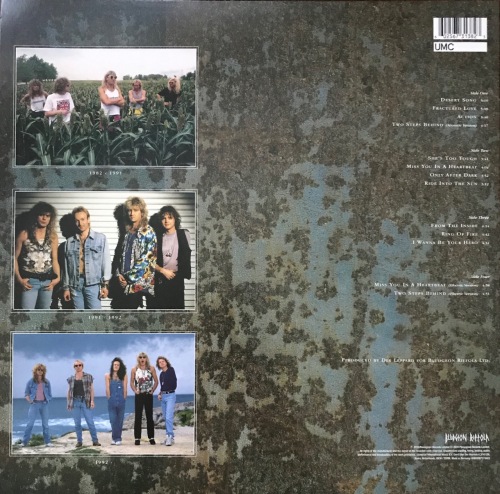 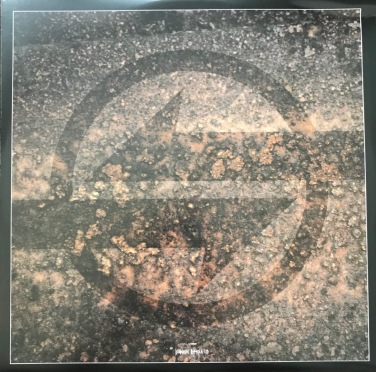 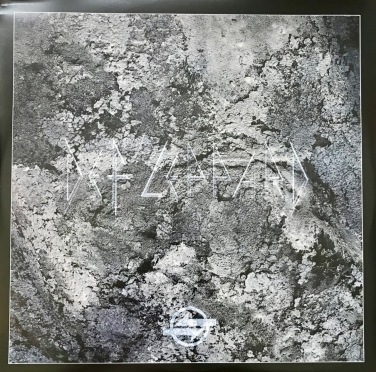 The next album is the first with guitarist, Vivian Campbell, so it is nice to see him fully involved here.  The mid 90’s were a difficult time for 80’s bands and Lep was no different.  They experimented with their sound and this release is so different than anything else they have done.  Where the album did poorly as the average fan is close-minded and can’t accept a band trying new things, but for me, I loved this thing from Day One!!

They set themselves apart from other 80’s bands yet again and changing things up and it succeeded greatly.  ‘Slang’ was released in 1996 and gave us such great songs as the title track, “Work It Out”, “Truth” and “All I Want Is Everything”.  You also got some great ballads with “Breath A Sigh” and “Blood Runs Cold”.  At times this album was darker than what you know from them and I thought it was a nice switch. 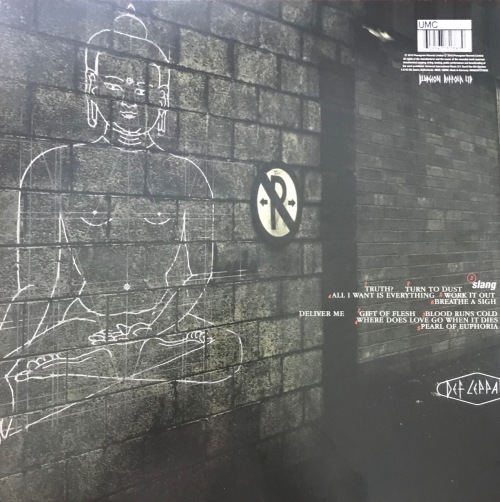 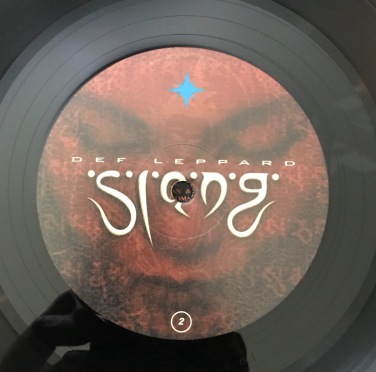 The last studio album is the 1999 release called ‘Euphoria’.  After the disappointment of ‘Slang’, they went back to their old sound, but moved it into the 90’s and gave us another great set of songs.  They brought us 14 songs that mostly hit the mark with few minor exceptions. The Standout tracks were “Paper Sun”, “Promises”, “Goodbye”, “21st Century Sha La la La Girl” and “Day After Day” to name a few…quite a few.

This release is actually quite special as this is the first time ‘Euphoria’ has ever been released on vinyl so collectors are going to want to snatch this up!  Another reason for me to pull the trigger.  This set was also done right as the actually did do a Gatefold since it was 2 LP set.  High marks for that and it would have been nice for ‘Retroactive’ as well, but nope!  Yes, that bothers me. 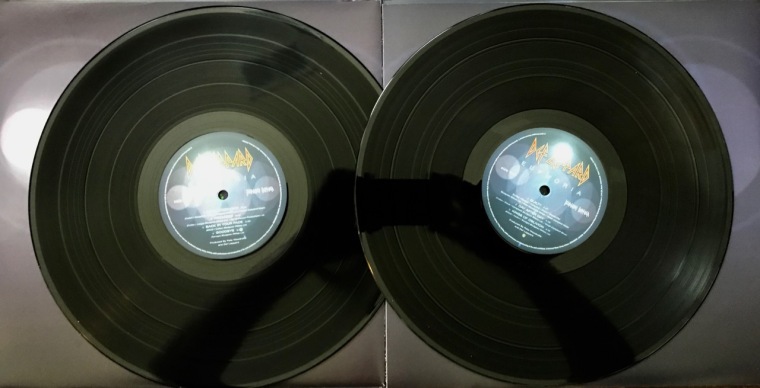 Now we get to the collector’s wet dream material.  We get 2 Volumes of Rare, Live and Bonus tracks from the 90’s.  This is Volume 2 and Volume 3 as Volume 1 was on the first collection box set.  Each volume is 2 LP’s which means there are 4 vinyls of rare songs and around 37 of them!!

Rarities Volume 2 consists of demos and bonus tracks from the early 90’s including Phil’s demo of “Miss You In A Heartbeat” and a great little instrumental titled “S.M.C.” in memory of Steve Clark.  The second LP is all live material including 4 tracks of ‘In the Club…I Your Face” live from Bonn, Germany on May 29, 1992 and the other side is songs from the Hard Rock Cafe in Singapore from October 10, 1995.  I actually have all of this already digitally, but not in a physical format so a plus to have in the collection now.  One other thing, I love the red Bludgeon Riffola Record labels on all the bonus LPs. 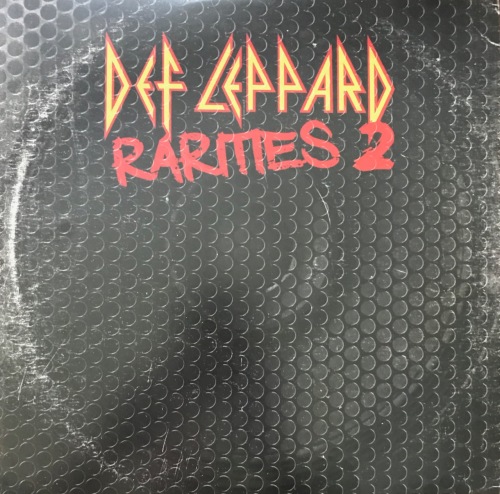 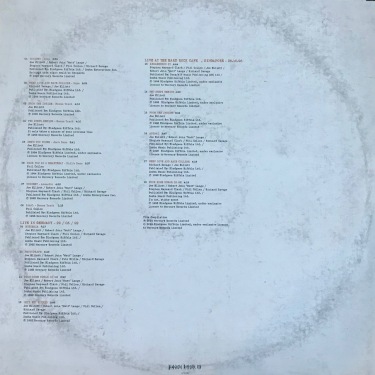 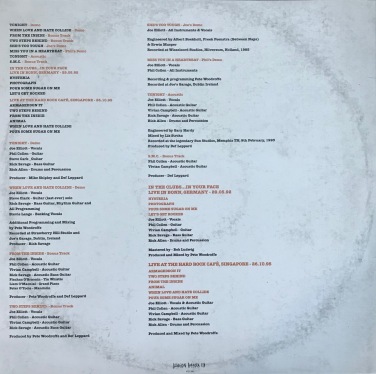 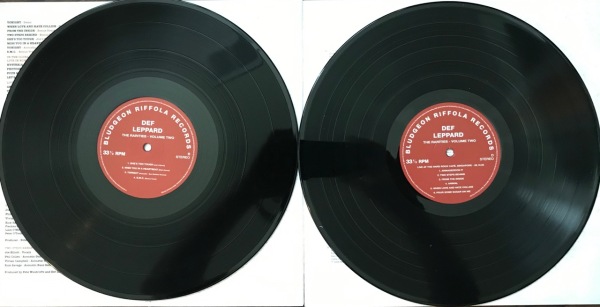 Rarities Volume 3 is more of the same greatness.  You get different versions of hits (acoustic cuts) as well as bonus tracks and demos and don’t forget the live songs.  The Live tracks are from Molson Centre in Montreal from October 11, 1996 and a cut from Magness Arena in Denver on December 9, 1999 and 3 cuts from a show at Kookusi Forum Hall in Tokyo from October 2, 1999.  A cool thing about the live tracks are that 7 come from a fellow blogger’s personal collection.  I won’t discuss it as I will let him tell you when he does his write-up on the box set. 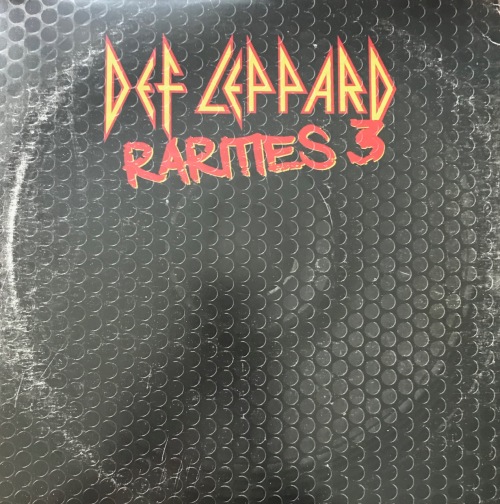 And that might be all the music, but that is not all the surprises.  You get a 40 page hardback book with great photographs and write-ups on each album and information on all the songs included in the set.  It is sweet.  I won’t show you all of it, as I have to leave something for you to discover, but here are a few snapshots. 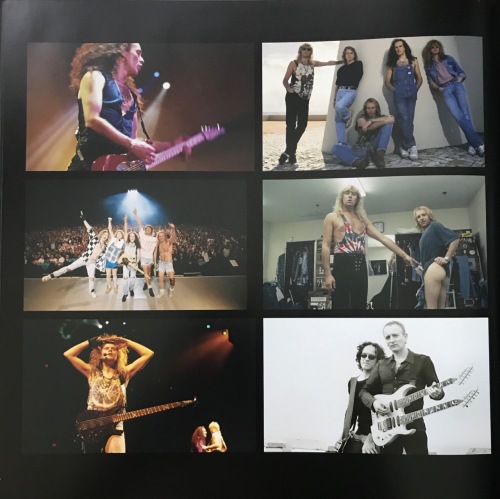 And there you have it.  Volume Two of a Four Volume Set.  I can’t wait for the next release.  As far as this one goes, it is sweet and it has it all.  I would have liked a Full Live Show, but I am being picky.  I am sucker for the band and I will take it any way they deliver it.  Def Leppard does do packages well and this is no different.  It really is a sweet set and for me, entirely worth every penny I spent.  If you got one, let me know what you think.  If you haven’t, that is okay, but you do need to remedy that.

I know I didn’t review the songs, but understand that there is so much here it would take so long to do at all at once.  I will hit them all eventually in individual posts, just not here.  I wanted you to see what you get for your money because if you buy this, you are already a fan and know the songs.  Thanks for hanging around for so long and putting up with all these pictures. I wanted to detail out what you get so I hope you thought it was worth the time.  And here is a little something extra.

We are two sets in and it is a great collection… 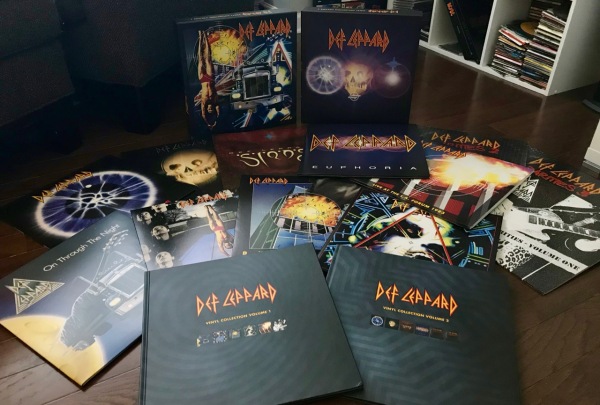 And we need to get that logo complete…half way there… 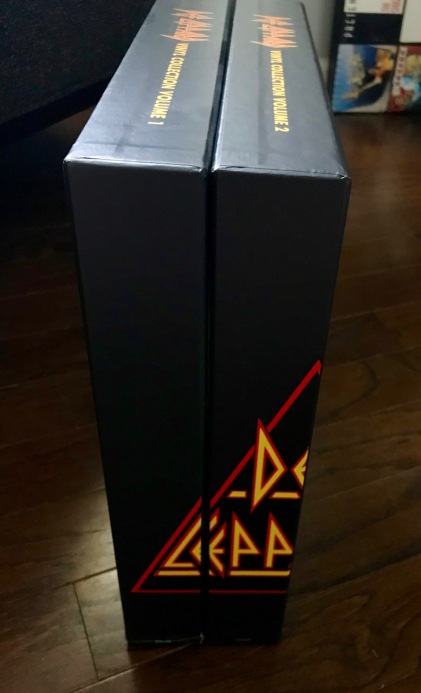