Welcome to the last Friday New Releases of the month.  There are too many new releases this week and no way to even come close to listening to it all.  There a handful I will attempt to get to and those will be highlighted in Blue, but doesn’t mean there aren’t others on this list I don’t want to hear.  I have to some way prioritize the listening choices.  I am sure there is something on here that you will find exciting.  Let me know what you are interested in getting.

END_OF_DOCUMENT_TOKEN_TO_BE_REPLACED

Is 1991 the greatest year in music?  Who knows.  I do know it is one of the most influential years in music.  I know it was the death of 80’s rock and the start of a new style of music called Grunge.  There were so many great albums that came out in that year, some that changed the landscape of music and some that were mostly ignored but were great just the same.

I have asked this question a couple other times…one for 1983 and one for 1987.  I think both years were exceptional and now that I have picked 1991 as another year, I am noticing a pattern of great years coming every 4 years.  I am definitely going to explore to look into that possible trend more.  For now, I will keep focusing on the year that was…1991.

We will start off with the introduction of the new genre of music called Grunge.  This subgenre of alternative music actually started in the mid-80’s mostly around the great city of Seattle. It was 1991 that saw this music go mainstream.  This music killed off the Hair Bands of the 80’s and the music I grew up with and loved.  What were those influential albums that changed the music landscape?  Easy…

END_OF_DOCUMENT_TOKEN_TO_BE_REPLACED

Motley Crue just released a 30th Anniversary edition of Girls, Girls, Girls.  It is totally unnecessary concsidering they aren’t offering anything new. Look to Def Leppard and Whitesnake in how to do a 30th Anniversary Edition.  Plus, I just bought The End box set so I don’t need that album again. Because of all this, I thought we would laugh at and with Motley Crue for this week’s Tuesday’s Memes.  They are usually good for a few laughs.  Enjoy!

This one made me laugh for some strange reason.  It is not like Crue was original to begin with.

END_OF_DOCUMENT_TOKEN_TO_BE_REPLACED

I recently read an article on Mike Tramp that said he was releasing a limited edition box set called “This and That” which would contain 5 CDs and 1 DVD of previously unreleased material as well as some new tracks.  It sounds interesting and got me to thinking about his old band White Lion.  And I immediately remembered ‘Pride’.

Little did I know at the time that ‘Pride’ was not their debut album.  They actually had an album prior called ‘Fight to Survive’ that never amounted to anything.  Since “My First Time” is supposed to be the first time I discover a band and it is not on their debut album, then ‘Pride’ worked.

‘Pride’ came out in 1987 slap dab in the middle of the Hair Band explosion.  That means BIG HAIR!!  Did White Lion have it…uh…YES…

END_OF_DOCUMENT_TOKEN_TO_BE_REPLACED

For My Sunday Song #58 I am going to tackle my favorite Beatles song, “Here Comes the Sun”.  Notice I said my favorite and I did not say the best.  I don’t want anyone getting a hair up there tail because I said the best.  My intention is to not start an argument as I know there are many people passionate about their Beatles.

The song was recorded in 1969 and released on their album ‘Abbey Road’ the same year. The song only features three of the Beatles, George, Ringo & Paul as John was recovering from a car crash.

Lyrically, it is a very simple song but musically there is a lot going on.  Paul did the bass, of course and Ringo on drums while George did everything else, and I mean everything else.  He is credited with both the acoustic and electric guitars, the harmonium, and introducing the band to a Moog synthesizer (which might have looked like something below).

END_OF_DOCUMENT_TOKEN_TO_BE_REPLACED

Lifehouse has been around since 1999 when they were known as Blyss, but it was their debut album under the name Lifehouse in 2000 that made them stars.  The album was ‘No Name Face’ and the song was “Hanging By a Moment” that brought them to my attention.  They have quietly been releasing albums ever since and now have 7 studio albums.

I think part of my enjoyment of the band is due to Jude Cole.  One of my all time favorite albums is by him called “A View From 3rd Street”.  Jude has been producing and writing songs with them for most of their career (around 2005) and that has shown through in the maturity of the songs and albums.

They finally released a greatest hits compilation back on July 14th, 2017 and it was pretty good as it had 18 tracks.  However, it was missing several songs that are better than some of the ones on the compilation.  So I figured why don’t I do a deep dive and give you the non-singles I think are the best.  I hope you enjoy.  They are in no particular order except my #1 favorite song is the last one on the list!

END_OF_DOCUMENT_TOKEN_TO_BE_REPLACED

I was listening to Aerosmith the other day and thought they would make a great topic for a collection of Tuesday’s Memes.  And there are plenty of memes to choose from.  I hope there is something in here that will brighten your day or at least make you smile for a few minutes.  Enjoy and have a great remainder of the week.

Starting off with this badass hawk… 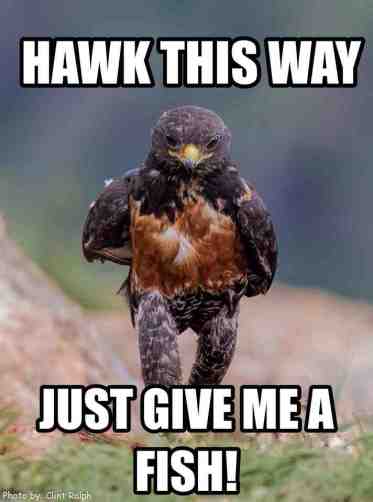 END_OF_DOCUMENT_TOKEN_TO_BE_REPLACED

I know what you are asking…Why on Earth am I doing a Nickelback review???  I have asked myself that same question over and over again.  But I do have a reason.  I wanted to see if I could objectively review an album despite any prior biases I might have with the band.  It was more of an experiment…a challenge.

Let me give you some history.  I started out as a fan of Nickelback…I mean who didn’t back in the day.  They wrote really catchy songs that got stuck in your head.  Over time, that like became boredom as everything they ever did was the same old shit.  No growth, no diversity.  Then further on, they became a joke, a caricature of themselves.

Then they became down right irritating with stupid, worthless feuds such as the recent spat with Stone Sour’s Corey Taylor.  Now I can’t even listen to Stone Sour’s album as a result.  They both had albums coming out around the same time so the spat was probably planned for publicity that neither band really needed.  It was so fucking stupid (excuse my language but it was).

That got me thinking even more (which is dangerous).  Do I not like them anymore because of all the negativity that I have heard over the years or is it because they really aren’t that good.  That thought intrigued me.  So, I forced myself to try and wipe all that out of my head and do a solid review on this album as if it wasn’t Nickelback.  As if I hadn’t heard of this band or had no idea who did the album.  Did it work???

END_OF_DOCUMENT_TOKEN_TO_BE_REPLACED

For My Sunday Song #57, I am going with “Renegades of Funk” by Rage Against the Machine.  The song was released on election day in 2000 and with George W. Bush winning I am sure RATM had a lot more to “Rage” about.  The song is off their ‘Renegades’ album and was produced by the great Rick Rubin.

What I never knew, or had just forgotten, was the song was actually a Cover of a song performed by Afrika Bambaataa and the Soulsonic Force and released back in 1983.  These two songs really sound nothing alike and Rage has turned into a funked up metal song that fits my taste nicely.  Not only is it a cover, Rage has included a percussion piece of the song “Apache” by the Incredible Bongo Band.

I had never really listened to Rage Against the Machine as the late 90’s were not a great time for me so had overlooked them.  It was playing Guitar Hero or some video game where the song was featured and I was like…WOW!!…how have I missed this song.  Ever since then I have been a fan of the band. Tom Morello just absolutely slays it on the guitar and he is one of the best out there. The sounds and riffs he does are so his own style there is no mistaking when he is on lead guitar.