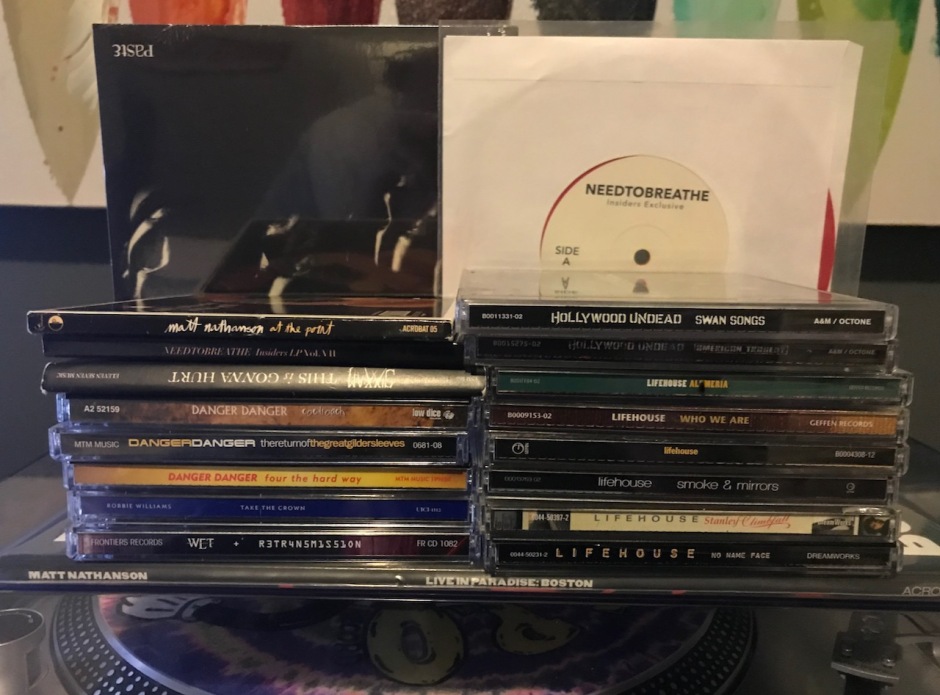 Welcome to the first Purchases post of 2021. After the crapload of items in December, I am so not going to be able to top that right out of the gate. This time, the focus is more on the CDs as I finally got back out to Manifest Discs which has a great used CD selection. I was able to get out by myself and take my time going through the racks. They have a deal where if you buy 2 you get 1 for a $1, so of course, I have to buy way more than 2. I ended up buying 11 and it worked out to <$5 per disc when it was all said and done.

The first batch is a band that doesn’t have much on vinyl as they are from the early 2000’s up to a few years ago so it is easier to go the CD route than the vinyl. That band is Lifehouse. I picked up 6 CDs. Now, I used to have all these before, but due to dumping the collection stupidly about 7-8 years ago, I didn’t have them anymore. Now I am going back and getting my favorite stuff again. Only need 1 more Lifehouse album.

The next couple of CDs are for a band, I never thought I’d like, but man, I really do. It is a rap rock band called Hollywood Undead. I picked up two CDs…again the vinyl is a mish-mash of do they or don’t they, but they do have CDs. These are their first two studio albums. I still have 6 more to go.

END_OF_DOCUMENT_TOKEN_TO_BE_REPLACED 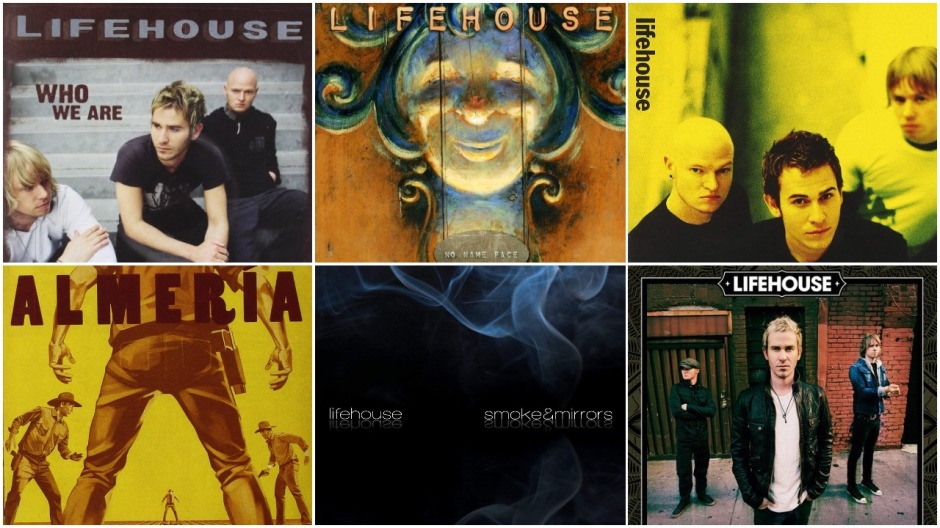 Lifehouse started in 1996 as the band Blyss.  This was while they were in high school and by 1998, the recorded a bunch of Demos.  In 2000, the band went back and re-recorded 12 of the 15 original demos and those demos became their debut album, ‘No Name Face’.  Apparently, they decided to change the band name for this release to Lifehouse because the songs were about lead singer, Jason Wade’s life and other people’s life.  The name  was believed to be a good fit to encompass all that.

The band would go on to release 7 studio albums between 2000 and 2015.  They have had their ups and downs as a band, they have had hits, been popular and not so popular and have taken the typical roller coaster of success.  I have followed the band from the debut album all the way to today and still one of my favorites even if I haven’t liked everything they have done.  But there is more that I like than I don’t like and that is what matters.

I am going to go through all 7 albums and tell you what I like and don’t like about each as well as rank them from the Worst album to their #1 album in my book.  If you are not familiar with them, I hope this will spark an interest and you will give them a try.

After the success of the band’s debut, their sophomore release was a rather big disappointment for me.  It wasn’t all bad as there were some great songs such as “Spin”, “Wash” and “Take Me Away”.  Heck, the album sold 2 million copies so people liked it. It was a heavier rock sound then the first album and normally that is a good thing for me.

END_OF_DOCUMENT_TOKEN_TO_BE_REPLACED

Lifehouse has been around since 1999 when they were known as Blyss, but it was their debut album under the name Lifehouse in 2000 that made them stars.  The album was ‘No Name Face’ and the song was “Hanging By a Moment” that brought them to my attention.  They have quietly been releasing albums ever since and now have 7 studio albums.

I think part of my enjoyment of the band is due to Jude Cole.  One of my all time favorite albums is by him called “A View From 3rd Street”.  Jude has been producing and writing songs with them for most of their career (around 2005) and that has shown through in the maturity of the songs and albums.

They finally released a greatest hits compilation back on July 14th, 2017 and it was pretty good as it had 18 tracks.  However, it was missing several songs that are better than some of the ones on the compilation.  So I figured why don’t I do a deep dive and give you the non-singles I think are the best.  I hope you enjoy.  They are in no particular order except my #1 favorite song is the last one on the list!

END_OF_DOCUMENT_TOKEN_TO_BE_REPLACED 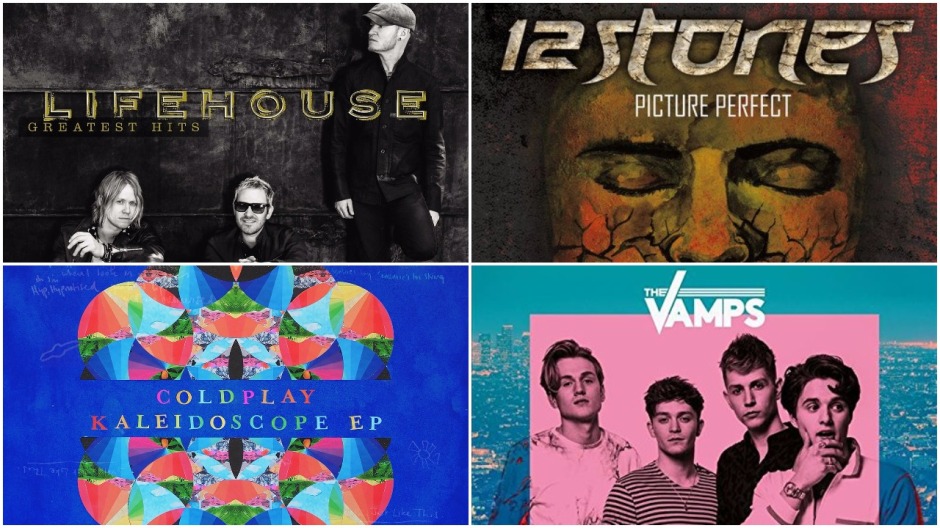 It’s Friday!! And dang it has been hot!  What is not hot is the lack of releases today.  There are only 2 new ones I care about and 1 greatest hits package, other than that I don’t really see much I want to hear.  The ones I want are highlighted in Blue.

END_OF_DOCUMENT_TOKEN_TO_BE_REPLACED

Since I did my favorites from 2009 last week, I thought I would continue that this week for Throwback Thursday. These are my favorite albums from 2010 (in no particular order)

Paper Tongues – Paper Tongues:  What an impressive debut album.   They are from Charlotte, NC which I was unaware of until recently.  They haven’t put out a full length album since this one.  I need to see if they are still together and maybe playing around town. Some standout songs are “Trinity”, “Ride to California” and “Get Higher”.  Just great songs, great music and a positive message.  Rock needs more bands like this!!