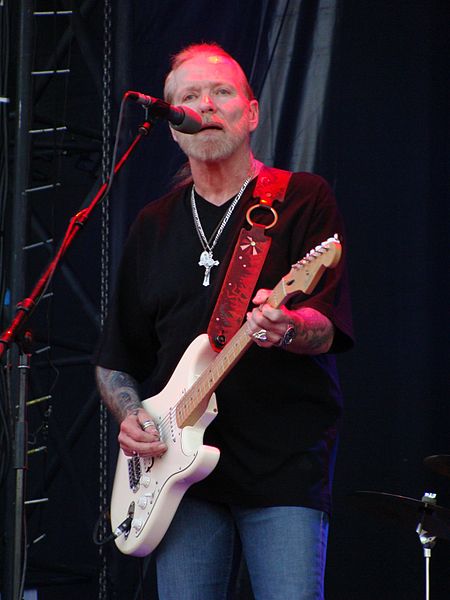 We have lost another music icon today.  The great Gregg Allman has passed away at the age 69. The co-founder of one of the great Southern Rock Bands, The Allman Brothers Band which he started with his brother Duane way back in 1969.

Gregg and his band brought such classic songs as “Midnight Rider”, “Melissa”, “Whipping Post” and “Ramblin’ Man”.  Gregg suffered from Hepatitis C back in 2007 and had a liver transplant in 2010.  He had been ill lately and has lost his battle.  He will be missed, but his music will live on forever.

Thanks Gregg for the great songs!!

16 thoughts on “Gregg Allman Passes Away – A Southern Rock Legend”