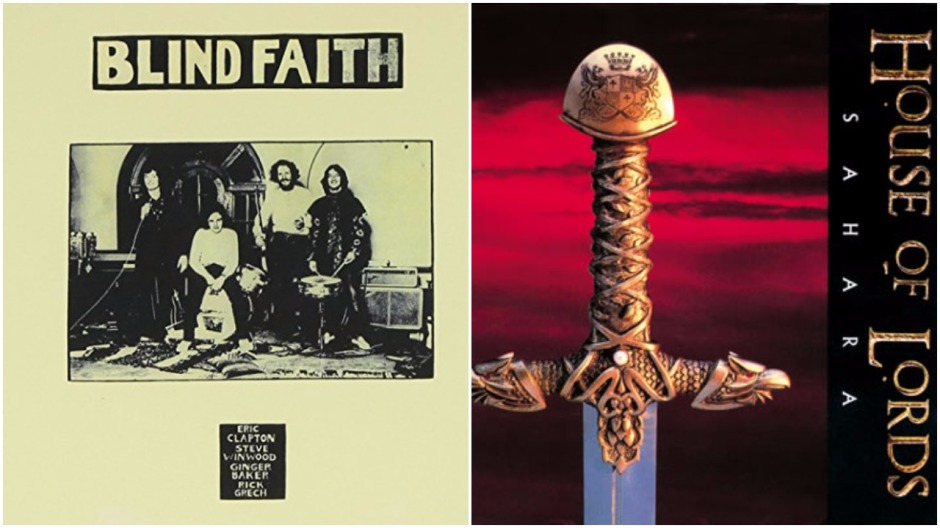 Welcome to the new in yet another series that is called “The Original Vs. The Cover”.  Not a very original title, but it gets the point across.  Each month I will pick a song and compare the original to my favorite cover of the song.

And there is not a better way to kick off this series than with Blind Faith’s song “Can’t Find My Way Home”.  The song was written by Steve Winwood and on Blind Faith’s only album back in 1969.  Blind Faith was one of the earliest super groups as it consisted of Steve Winwood from the bands Traffic & The Spencer Davis Group, Ginger Baker and Eric Clapton from the band Cream and lastly, Ric Grech from Family.  Not a bad set of musicians.

Blind Faith’s “Can’t Find My Way Home” is a slow ballad with Eric Clapton playing acoustic guitar and Steve Winwood singing.  Of course Ginger Baker is playing percussion and Ric Grech is on bass, but the guitar work is of note.  The guitar work is fantastic as expected and it is rare you get Eric Clapton playing acoustic (at least back then).  The vocals have an eerie hollowness to them and I don’t know if that was Winwood’s intention or just the production of the song, but it works.  The overall production is simple and not much too it and I think that is why the song works so well. The overall tone fits the time period which was the end of the 60’s.

House of Lords don’t stray too far from the original at first.  The sound is updated and sounds more modern and though it misses some of the uniqueness of Blind Faith’s version, it packs its own punch and for me is actually my favorite cover of the song.  The song is on their 1990 album called ‘Sahara’.

I think the grittiness of James Christian’s vocals are perfect and give it a deeper edge to it. About half way through the House of Lords version, they kick it up a notch and turn it electric.  They end up rocking the last half and putting their own twist on the song.  Doug Aldrich is on guitar and brings the song up to date.  I think the combination of remaining true to the original for half the song and their own spin added is what I really like about their version.  House of Lords made it their own.

Once you have listened to them both, let me know what you think of if you have a version of the song you like better.  The song has been covered a few times if you want to check them out.  Thanks to wikipedia, here is a nice very small list of the different versions.  There are only a few…

That might have been a little more than a few…sorry.

Come down off your throne
and leave your body alone
somebody must change
You are the reason
I’ve been waiting so long
somebody holds the key
Well, I’m near the end
and I just ain’t got the time
And I’m wasted

and I can’t find my way home

Come down on your own

and leave your body alone
somebody must change
You are the reason
I’ve been waiting all these years
somebody holds the key
Well, I’m near the end
and I just ain’t got the time
And I’m wasted
and I can’t find my way home
Written by Steve Winwood