If you are new to the site, I started this series with the year 1987 and then noticed that 1991 and 1983 were also a couple of the greatest years in music.  I got to thinking, was there a pattern that every 4 years we have another great year in music.  Well theory didn’t last long as I don’t think the next two years I researched were “great” years in music.  Those years were 1979 and 1995. If you want to explore all the years I have examined so far, click on the link below…

Now that my theory is busted, I am just going to start looking for the “Greatest” year in music.  I am going to start with 1971.  Will 1971 be another great year or will it be the greatest year.  Let us explore and see and then decide at the end.  But first we have to ask What were the top albums of the year?, What were the debut albums from some of the great rock bands? and What was going on in the world of music that year?

What were some of the biggest news events that happened in 1971?  I couldn’t find any one big thing that happened.  Nothing new was invented such as the walkman or the CD.  There were a couple things of note.

June 27th & July 4th – Music promoter, Billy Graham, closed two of the most famous music venues, The Fillmore East in New York City closed on June 27th and closed with The Allman Brothers (the band recorded their famous live album their 3 months earlier) and on July 4th the Fillmore West in San Francisco closed with Santana, Credence Clearwater Revival and the Grateful Dead (not a bad night).

December 4th, the Montreux Casino in Montreux, Switzerland burns during the Frank Zappa show when someone on the crowd lit a flare…dumbass.  Why is this important, well across the street was a band called Deep Purple who was set to record there the next day was watching from their hotel room.  As a result of the fire, they wrote the song “Smoke on the Water” to memorialize the event.

1971 was classic rock at it’s height.  Well, I guess it wasn’t called Classic Rock then, but you know what I mean.  The music from this era holds up so well today and is revered as some of the greatest music of all time but a few people and when you see this list, you will know why.  Sit back and enjoy…

Led Zeppelin  – IV (November 8th):  Led Zeppelin release their fourth album simply called IV which was produced by Jimmy Page.  The album contains one of the most classic of classic rock songs called “Stairway to Heaven” (don’t try and play this song if you go into a record store as they will kick you out).  The album has sold well over 25 million copies and contains other classic songs such as “Black Dog”, “Rock & Roll”, “Misty Mountain Hop” and “Going to California” to name a few. 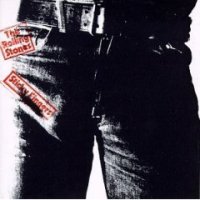 The Rolling Stones – Sticky Fingers (April 23rd): The Rolling Stones ‘Sticky Fingers’ released their eleventh studio album in the states. The cover is one of my favorites with the working zipper and it was created by iconic pop artist Andy Warhol.  Now the songs were just as amazing including “Brown Sugar”, “Wild Horses” and “Dead Flowers” to name a few that I love.  The album would reach #1 in quite a few countries and the Stones were really at their peak. 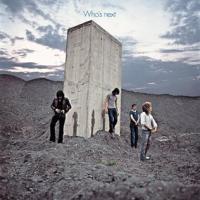 The Who – Who’s Next (August 14th): The Who were working on another rock opera called ‘Lifehouse’ and when that went south, they put together another masterpiece.  The album only hit #4 in the US, but man what a great album.  The album brought us the hits “Baba O’Riley”, “Won’t Get Fooled Again” and “Behind Blue Eyes” and it went on to sell millions of copies globally.  And if you watched CSI: Miami on TV, you know “Won’t Get Fooled Again” as it was their theme song. 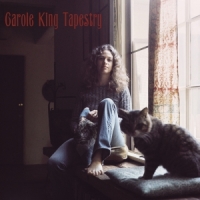 Carole King – Tapestry (February 10th): One of the most critically acclaimed albums of the time, Tapestry would go on to become one of the best selling albums of all time and garner Carole a mere 4 Grammy’s in 1992.  The big songs were “It’s Too Late”, “I Feel the Earth Move”, “So Far Away” and “You’ve Got a Friend”.  The album was also remembered for her song “(You Make Me Feel Like) A Natural Woman”.  In a time dominated by male artists, Carole shined brightly. 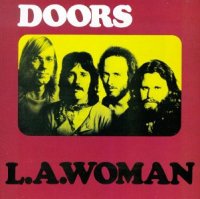 The Doors – L.A. Woman (April 19th): The band’s sixth and last album to feature lead singer Jim Morrison as he died three months after the release of the album.  The album gave us such classic Door’s tracks as “Riders in the Storm”, “Love Her Madly” and the title track “L.A. Woman”.  The album only peaked at #9 in the US, but #1 in Denmark (The Dutch knew what was great).  The band would go on, but it was never the same.

Black Sabbath – Master of Reality (July 21st): The band’s third studio album would go on to sell over 2 million copies and be the band’s highest charting album and the only one to make it into the Top 10 (for 42 years).  The album spawned the hits “Children of the Grave” and “After Forever” and despite it’s success, the critics hated it but what the hell to critics know. Now of course as time as gone by, the critics now praise the album as a classic.

Rod Stewart – Every Picture Tells A Story (May): Rod’s third album continued his success.  The album would go to #1, of course, and even in Rolling Stone Magazine’s list of Top 500 albums and sell millions of copies.  The album gave us “Maggie May” which alone warrants this album being listed as well as “Every Picture Tells a Story”, “I know I Am Losing You” and “Reason to Believe”.  I didn’t get into Rod until years later (I was 2 at the time), this is one I have always loved.

T-Rex – Electric Warrior (September 24th):  Now this is one that most people might not include as an argument for greatest year, but I do.  I got into T-Rex maybe 5-6 years ago and damn, they were great.  The album only charted at #32 in the US, but it gave us songs such as “Get It On”, “Cosmic Dancer” and “Jeepster” all classics.  It is the band’s 2nd album as T-Rex and Marc Bolan is just amazing.  Glam rock done right.

Marvin Gaye – What’s Going On (May 21st):  Marvin Gaye might have been on his 11th studio album, but how many people can put out such an amazing album that for along in his career…not many.  The album gave us such iconic Marvin Gaye songs such as “What’s Going On”, “Inner City Blues (Make Me Wanna Holler)”, “Mercy Mercy Me (The Ecology)” and “Save the Children”.  The accolades for this album are immense (go to wiki and check them out).

John Lennon – Imagine (September 9th): How could I have a list and not include John Lennon’s album ‘Imagine’.  That would be crazy.  The album has one of the most revered songs in history, “Imagine”.  It is probably the song he is most famous for as a solo artist. It is the one album and song that left an everlasting impression on so many people, there really isn’t anything else left to add.

I normally stop at ten albums for this section, but I can’t. 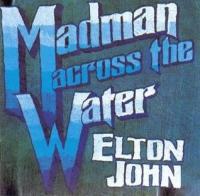 Elton John – Madman Across the Water (November 5th): Elton’s fourth studio album and what an album.  It went to #8 in the US and spawned one of the most misquoted songs in history “Tiny Dancer” (Hold me close Tony Danza). The album also featured “Levon” and “Indian Sunset”.  Bernie Taupin and Elton together could do no wrong and they sold millions of copies for this one as well. 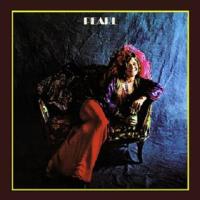 Janis Joplin – Pearl (January 11th):  Janis second solo and sadly, her last.  Rarely does anyone make such an impact and last impression as Janis did and with only two albums under her belt.  This release gave us such memorable songs such as “Cry Baby”, “Me and Bobby McGee” and “Mercedes Benz”.  She was such a force of nature and someone worth mentioning whenever you talk about the greats. 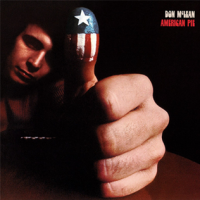 Don McLean – American Pie (October 24th):  Is there a more quintessential album of the 70’s or a song. “American Pie” is probably one of the most famous songs from that era and how could you not include it in the argument that 1971 was the greatest year in music.  The album also featured “Vincent”, but “American Pie” will always be the most talked about, covered and used in a movie. 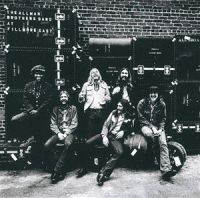 The Allman Brothers – At Fillmore East (July 6th):  Recorded 3 months prior to it’s close and released just around a week after it’s close, ‘At Fillmore East’ is one of those special, magical live albums that captures the true essence of a band.  The album is spread over 2 albums and only has 7 songs and that is why it is magical.  The band just plays and does what they do best.

George Harrison & Friends – The Concert for Bangladesh (December 20th):  George Harrison put on two shows to raise money for Bangladesh held at Madison Square Garden in New York City.  And the friends part was pretty special as the friends included Ringo Starr, Bob Dylan, Billy Preston, Leon Russell, Eric Clapton and many more.  That is enough to convince me to give this a listen.

I also find a year can be great by the debut albums of bands that would become rather big either off their first album or down the road.  And there were some big names that debuted in 1971.  Let’s get started…

ZZ Top – ZZ Top’s First Album (January 16th):  The album only had one single, “(Somebody Else Been) Shakin’ Your Tree”, and may not have made that huge of an impact at the time, but the band certainly would go on to rather huge success. 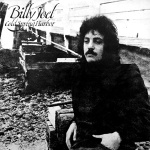 Billy Joel – Cold Spring Harbor (November 1st):  Billy Joel’s debut didn’t make a lot of waves, but it was the beginning of a very long career and would see him fly higher than most.  The most notable song from the album was “She’s Got a Way” and then there was “Everybody Loves You Now”.  Everybody begins somewhere and it isn’t a bad way to start off.

The Doobie Brothers – The Doobie Brothers (April 30th):  The debut album didn’t do much.  It gave us the one single “Nobody”, but not much else.  It was the band’s second album ‘Toulousse Street” that broke the band and started the train rolling to stardom.  They had to start somewhere. 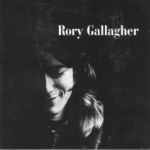 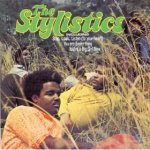 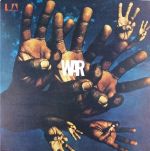 Other Notable Releases (at least to Me):

There are so many releases that I can’t list them all. So, I will capture the ones that impact me in some way.  These are the albums that I love that are from the time period. 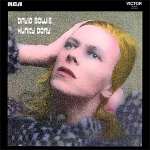 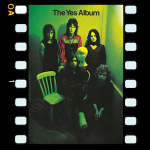 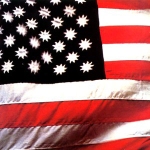 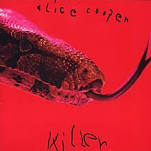 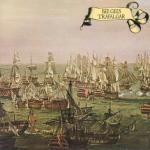 Other Important notable dates (well some aren’t too important):

Thanks for staying around on such a long post.  I hope you enjoyed. Have a great day.