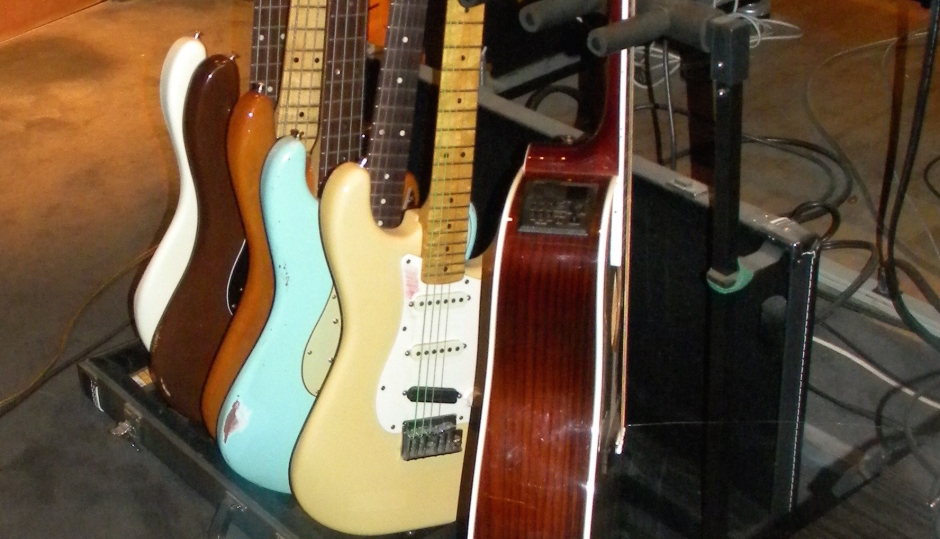 For My Sunday Song #123, we are still tackling instrumentals and this one will celebrate Christmas.  The song is “Christmas Eve / Sarajevo 12-24” by the band Trans-Siberian Orchestra (TSO).  The song is off their debut 1996 album ‘Christmas Eve and Other Stories’.  The song was originally done by the metal band Savatage back in 1995 on their album ‘Dead Winter Dead’.

Okay, TSO is a side project of some of the Savatage band members and you might have seen them as they tour each year a very popular Christmas show that rocks out.  TSO tours two groups at one time and the show looks spectacular.  The song, you have heard it, there is no doubt.  It has become a Classic Christmas song in my book and one of my favorite Christmas songs.

I am going to cheat heavily on this edition of My Sunday Song.  I want to capture for you the great story behind the song and the composition itself as both stories are great and I don’t think I can write it any better. 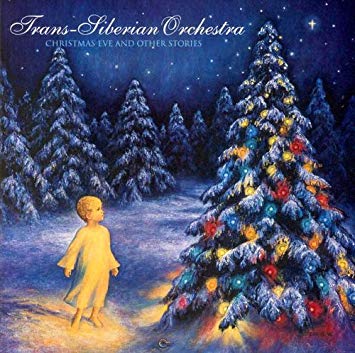 The story behind the song comes from an interview Paul O’Neil (founder of TSO) did with Christianitytoday.com  and it goes like this…

.. We heard about this cello player born in Sarajevo many years ago who left when he was fairly young to go on to become a well-respected musician, playing with various symphonies throughout Europe. Many decades later, he returned to Sarajevo as an elderly man—at the height of the Bosnian War, only to find his city in complete ruins.

I think what most broke this man’s heart was that the destruction was not done by some outside invader or natural disaster—it was done by his own people. At that time, Serbs were shelling Sarajevo every night. Rather than head for the bomb shelters like his family and neighbors, this man went to the town square, climbed onto a pile of rubble that had once been the fountain, took out his cello, and played Mozart and Beethoven as the city was bombed.

He came every night and began playing Christmas Carols from that same spot. It was just such a powerful image—a white-haired man silhouetted against the cannon fire, playing timeless melodies to both sides of the conflict amid the rubble and devastation of the city he loves. Some time later, a reporter traced him down to ask why he did this insanely stupid thing. The old man said that it was his way of proving that despite all evidence to the contrary, the spirit of humanity was still alive in that place.

The song basically wrapped itself around him. We used some of the oldest Christmas melodies we could find, like “God Rest Ye Merry Gentlemen” and “Carol of the Bells” part of the medley (which is from Ukraine, near that region). The orchestra represents one side, the rock band the other, and single cello represents that single individual, that spark of hope.

“Christmas Eve/Sarajevo 12/24” consists of four sections, alternating between soft and loud, as well as between the two component pieces in the medley. Part one consists of “God Rest Ye Merry, Gentlemen” performed on a cello, accompanied only by a picked electric guitar and a flute in round. After a short ritard, part two abruptly begins, with “Shchedryk” (recognizable in the English-speaking world as the melody from “Carol of the Bells“) being played at full volume, full orchestration and the synthesizers and electric guitars taking lead melody. The time signature also abruptly shifts from cut time to a driving triple meter, which persists through the rest of the piece.

After a short transition, the third section consists of a piano solo, featuring motifs from both melodies being played simultaneously, with light string backing that builds through the section. The transition to the fourth and final section is again abrupt; the final section closely resembles the second, with “Shchedryk” being the central melody, again led by guitar and synthesizer with piano added. The coda consists of backing strings continuing softly after the fourth section ends, fading to a close.

Both of the tunes used in “Christmas Eve/Sarajevo 12/24” were in the public domain in 1995: “Shchedryk” was released in 1918 (although the English lyrics to “Carol of the Bells,” dating to 1936, were still under copyright and were not included in the recording), while “God Rest Ye Merry, Gentlemen” dated back several centuries.

It is such a beautiful piece and the blend of the songs works perfectly.  Give it a listen and let me know what you think.  And to all, I hope you have a very Happy Holidays…and a Very Merry Christmas!!!