For this month’s version of The Original vs. The Cover, we are going to talk about the Brinsley Schwarz song “(What’s So Funny ‘Bout) Peace, Love and Understanding”.  The song was written by Nick Lowe and was recorded by his band Brinsley Schwarz.  It was released in 1974 album called ‘The New Favorites of…Brinsley Schwarz.

How Elvis Costello got a hold of it is the fact that Nick Lowe was the producer of his 1979 album ‘Armed Forces’.  Nick introduced him to the song and the band recorded it for the B-Side of Nick Lowe’s single “American Squirm”.  The song did so well, the slapped it on as the last track of the album for the North American release of the album.

Nick wrote the song in 1973 and it was supposed to be a joke song making fun of the hippie generation coming out of their dream like state and becoming a more cynical bunch.  What he realized later was there actually is a bit of truth and wisdom in the song. 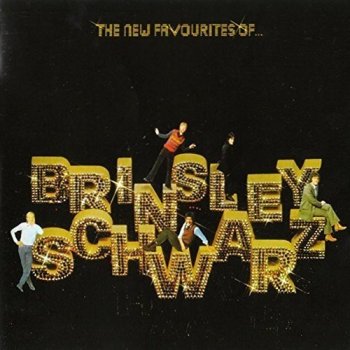 Brinsley Schwarz’s song is full of harmonies and has a jangly feel to the tone of the music.  It has solid pop sensibilities and has a little of the hippie sound. This version also has a harmonica interlude towards the end that Elvis doesn’t use.  It feels like a 70’s song, but it comes across airy and almost fun.  Nick has mentioned in the past that he stole one lick in the song from Judee Sill’s song “Jesus was a Cross Maker” as he loved that song.

Nick’s vocals are so pleasant and smooth.  He sounds like a hippie in a dream state just singing about Peace man.  He sings it with empathy.  It is quite interesting and wonderful.  There is a spoken word part in the song by Nick Lowe that the cover does not include which helps this one stand out on its own.  All-in-all, it is a really wonderful and amazing song.

Elvis Costello & the Attractions don’t stray too far from the original.  They only take it up a notch.  It becomes more of a pop rock song with a little more drums and a faster tempo.  The song feels more modern (as modern as 1978 can be) and a little more aggressive.  The harmonica is removed and that metallic tone to the original is long gone.

Elvis’ delivers the vocals in a more aggressive fashion and in only a way Elvis can sing it.  I remember seeing this song on MTV and falling in love with it before I even knew what an Elvis Costello was.  He doesn’t do the spoken word line that Nick does, but this version doesn’t need it to be as effective.

This one is really a close call.  I think Brinsley Schwarz’s original version is truly fantastic, but it sounds dated.  The Elvis Costello version sounds like it would work today just as it did back then.  It has a more timeless feel to it and plus, it is Elvis Costello.  His vocals are unique and he has a style all his own.  I thought this was his song for the longest time and didn’t find out until years later it was a cover. For that, he made it his own and I think of him when I think of this song…no offense to Nick Lowe.  I had to give a little thought, but Elvis wins in the end.  But both versions are spectacular.

The lyrics to the Original Brinsley Schwarz version are below…

16 thoughts on “The Original vs. The Cover – “(What’s So Funny ‘Bout) Peace, Love and Understanding””