The 90’s Post-Grunge band, Bush, bring us their 8th album and first in 3 years.  Post-Grunge?  What the hell is that anyway.  I hate these sub-genre names.  Bush is a Rock band, plain and simple.  And this album is some heavy-ass Rock!!

Gavin Rossdale, the only original member still in the band, gave us an album with so much guitar, some incredible riffs and there is a little anger in the songs that comes through loud and clear.  In what might the bands best album since Razorblade Suitcase, Rossdale shows that he still has life in those bones and still has a lot to say.

If you saw John Wick 3 last year, you heard “Bullet Holes” and you thought, Damn!  If the album is anything like this, it was is going to be awesome.  And you’d be right! Their next single of the album “Flowers in the Grave” sealed the deal for me, this album had to be heard.  Songs like “Flowers…” were so inviting and accessible.  What do I mean by that?  Yes, what do I mean.  The song felt familiar and catchy and stuck with me and I just connected to it.  When you have songs that can do that, you have an impactful album.

Then you get the next song, “The Kingdom” and your life is changed.  The song is one of the heaviest on the album and maybe that they’ve done. It is an incredible portrait of the state of our world right now.  The star is not only Gavin’s vocals, but Chris Traynor on lead guitar. This album is a showcase of his talent.  He lays down killer riff after killer riff.  The band is hitting on all cylinders with this song and I don’t want to leave out the drum sound on this one either, The newest member, Nik Hughes has an immense sound here.

This album goes from one heavy song to the next and you don’t want to skip anything.  “Ghosts in the Machine”, also known as “Slave”, is a favorite with its haunting lyrics and what feels like references to his painful divorce (Apple Music calls it “Ghosts…” and the CD calls it “Slave”).  Then it is “Quicksand” which really sounds like early Bush to me.  There is so much here that remind you of the best of 90’s Bush that you get this big grin on your face when you are listening to it and finding those moments. 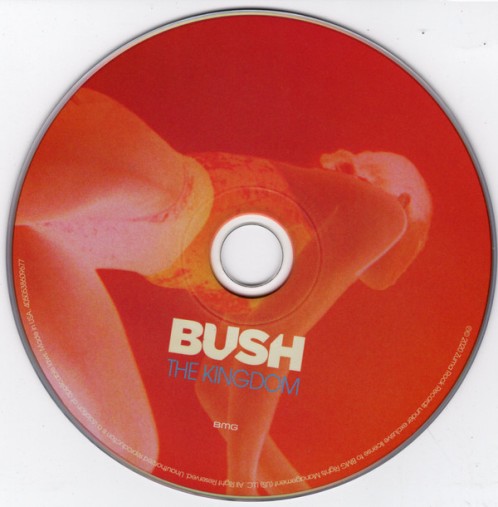 It is one heavy rock song after another until you get to “Undone” which slows things down without losing any of the momentum that has been building.  And by this time in the album you need to catch your breath.  “Undone” is actually quite beautiful and very melodic and I would think it takes me back to “Glycerine”.  And the album ends with “Falling Away” and it leaves you wanting more.  The song is not that heavy, but not a ballad either.  Somewhere in between and it is so melodic, catchy and there is a tenderness to its sound you can’t help but become engrossed.

I could go on and on, but let’s be honest, I would be repeating myself on how great this album truly is.  It has already garnered a listen every single day since its release and will garner more to come.  Gavin Rossdale has given us an album that could be a pinnacle in the career of Bush.  It is one of the band’s heaviest sounding albums, the production is polished and lays Rossdale’s vocals front and center, it is melodic, accessible, inviting and everything you want in a rock album.  It is as close to perfection as you can get.  With all that being sad, this is easily a 5.0 out of 5.0 Stars!!