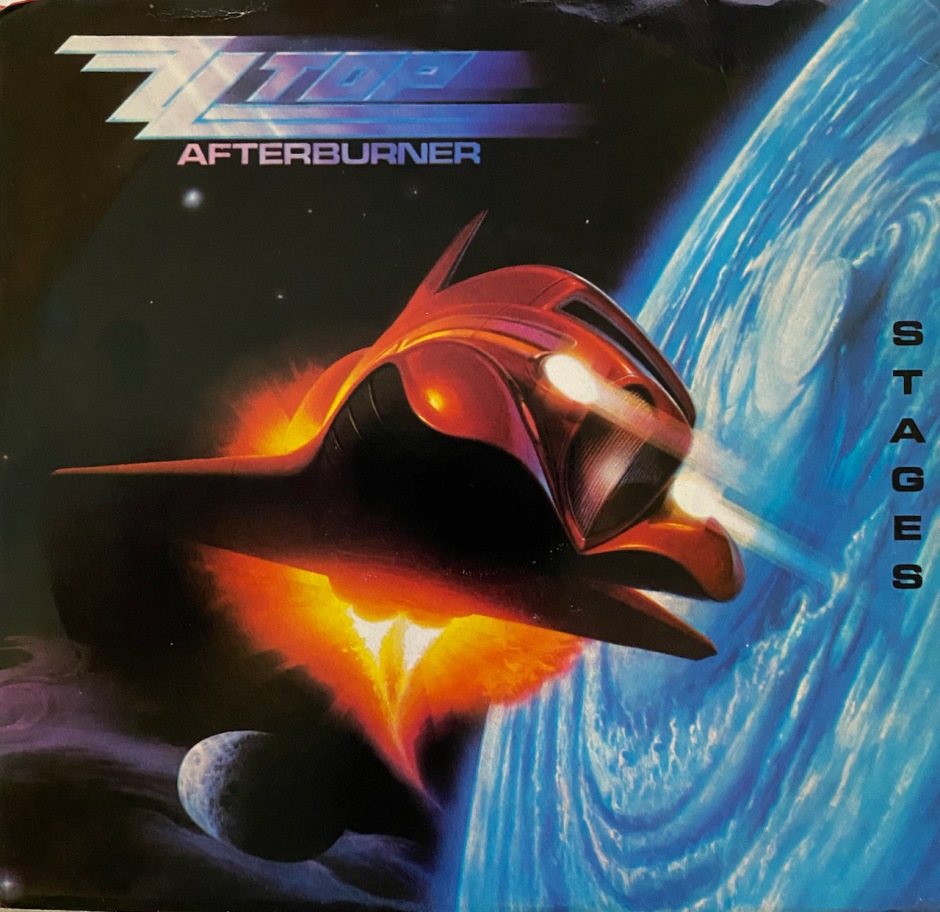 The local haunt, Mad Jack’s, has been super good to me with Singles. Here is another one I found recently and this one is by ZZ Top. The song is “Stages” off their 1985 album ‘Afterburner’ and was released in December 1985. It was written by Billy Gibbons, Dusty Hill and Frank Beard and was the second single off the album. It broke in to the Top 40 landing at #21 and #1 on the Hot Mainstream Rock Tracks. Not too shabby.

The song appears to be about the stages of love. How it is confusing, it can be on again / off again. And sometimes you don’t know where you stand with that person. It can happen really fast or take its sweet time. At least it seems to be worth every chance you get at it.

My copy of the single is the standard U.S. release and has “Can’t Stop Rockin'” as the B-Side. That song is also from ‘Afterburner’. Again, nothing special and no special B-Side, but I’ll take it and make sure it has a good home.

The song is probably one of the poppiest songs they’ve done. There is none of that blues influence, instead it is drenched in synthesizers and giving us more of a new wave / rock sound. There are no real drums either as they sound totally electronic. It has been commented on that Frank’s drums were all replaced by the electronic drums and that would be my biggest fault with the whole thing. It is an upbeat track and is a lot of fun. At least the guitars are real and a decent solo. This is not a song you’d expect from ZZ Top.

“Can’t Stop Rockin'” is also written by all three members, but I think they did that to keep everyone happy. This song is a much more rocking track. This one sees Dusty on vocals and sings it very aggressively. It is more upbeat than “Stages” and more of a party song with a ton of energy. The synth sound on this one has a slight Jan Hammer vibe to it and probably would’ve fit on Miami Vice. Again, drums don’t sound real while the guitars are real.

And there you have another single in the collection. This one is different ZZ TOP, but still a lot of fun. Did they sell out? I don’t know and don’t care, I just know I still enjoyed it. Thanks for stopping by and have great day!!