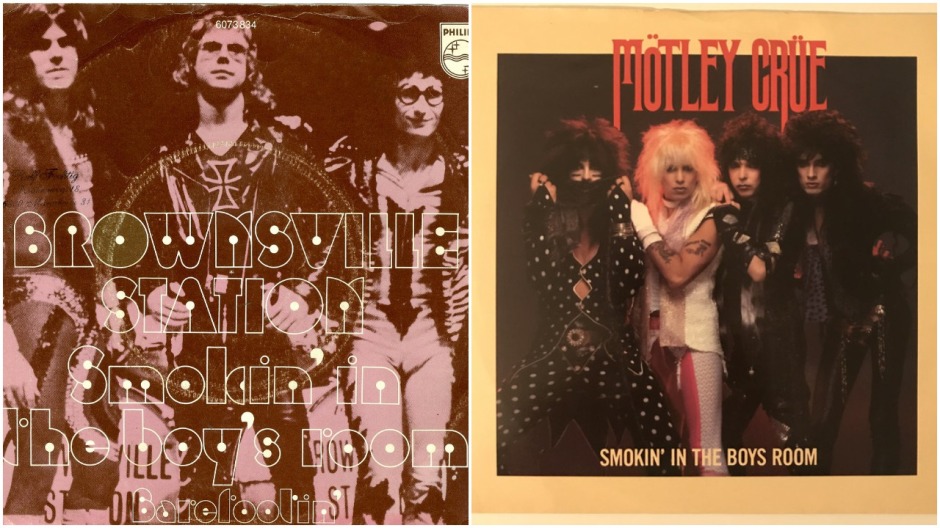 For this episdoe of The Original vs. The Cover, we are going to discuss the anthem for the outcast, “Smokin’ in the Boy’s Room. The Original is by the band Brownsville Station who were a regional band out of Michigan and this was probably their biggest hit and was off their 1973 album ‘Yeah!’ (I wonder if this title inspired the title to Def Leppard’s Cover’s album. Hmmm). It reached #3 on the Billboard Charts. The Cover as done by Motley Crue was off their album ‘Theatre of Pain’ from 1985. Crue only took the song to #16 on the Billboard Chart, but MTV played the crap out of this song.

The song was written by Michael “Cub” Koda along with Michael Lutz and is about a bunch of outcast school kids who would hideout in the bathroom to not get caught by the principal for smokin’. They get caught and the principal tells them “Smokin’ Ain’t Allowed in School”. The song was inspired by Cub’s experiences as a young pup sneaking smokes that he stole from his parents at the movie theatre.

Whose version is better you might ask yourself so let us explore each song and find out which version is best.