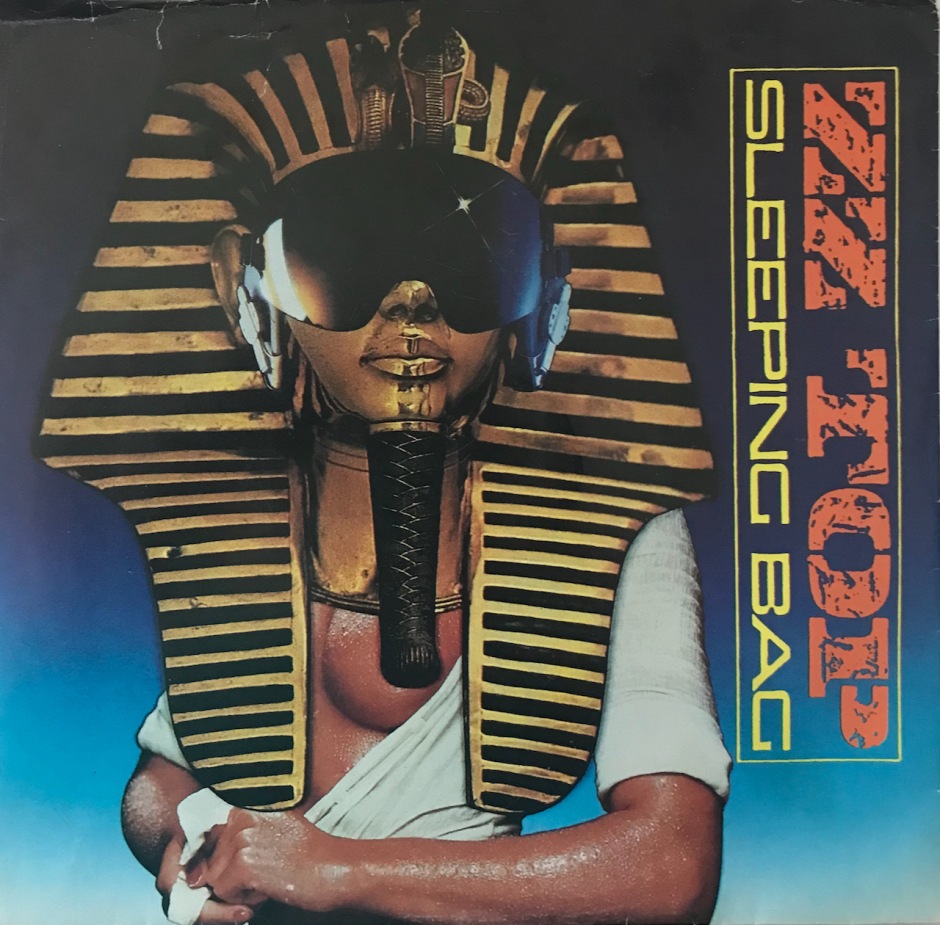 ZZ Top were still riding high with ‘Afterburner’ after the massive success of the previous album ‘Eliminator’. The first single off the album was “Sleeping Bag” and the follow-up to their hit “Legs”. The single came out in 1985 and went to #8 on the Billboard Hot 100 which equaled the chart position of “Legs”. However, it did something no other ZZ Top song had done up to that point. It went to #1 on the U.S. Mainstream Rock Tracks Chart making it the band’s most successful single ever. The song is written by Billy Gibbons, Dusty Hill and Frank Beard.

The version I have is a U.S. version but it is not standard release as the original cover was different as it was just the mask. This version as the muscled out body wearing the mask with the ZZ Top name down the side which the logo is along the top on the original single. The B-Side on the single is the same with “Party on the Patio”. I found my copy on one of my many local digs as my stores seem to have an abundance of picture sleeve singles as I seem to find at least one on every trip, but usually more than one.