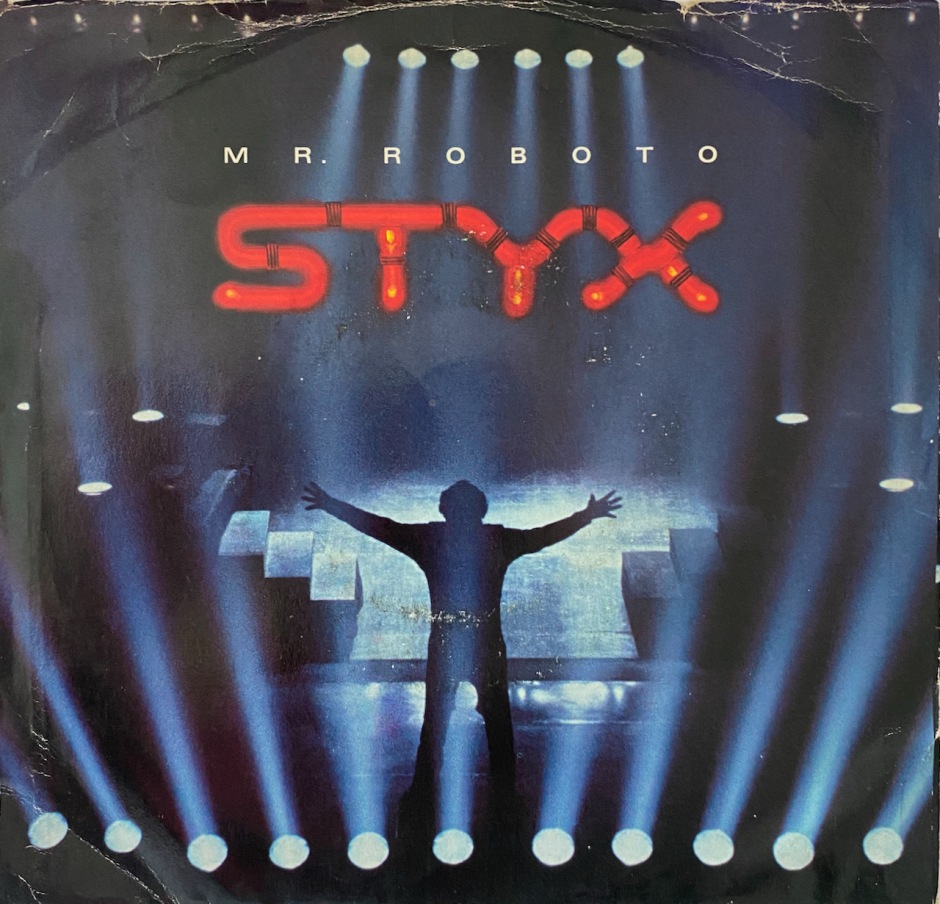 The album was a concept album which Styx was not unfamiliar with and they still do them today, but this one caused a riff in the band. Dennis DeYoung wanted to really focus on the theatrics and he loved doing the soft ballads, which was against the grain for what James Young and Tommy Shaw wanted to do. It led to a short break-up, if you want to call it that. Tommy left and eventually came back but Dennis was gone by then and still gone today. But this is all for another day, let us get to the song.

The song tells part of the story of Robert Orin Charles Kilroy (ROCK), in the rock opera Kilroy Was Here. The song is performed by Kilroy (as played by keyboardist Dennis DeYoung), a rock and roll performer who was placed in a futuristic prison for “rock and roll misfits” by the anti-rock-and-roll group the Majority for Musical Morality (MMM) and its founder Dr. Everett Righteous (played by guitarist James Young). The Roboto is a model of robot which does menial jobs in the prison. Kilroy escapes the prison by overpowering a Roboto prison guard and hiding inside its emptied-out metal shell. When Jonathan Chance (played by guitarist Tommy Shaw) finally meets Kilroy at the very end of the song, Kilroy unmasks and yells “I’m Kilroy! Kilroy!”, ending the song.

END_OF_DOCUMENT_TOKEN_TO_BE_REPLACED

For My Sunday Song #106, I bring you “Renegade” by the band Styx.  The song was released in 1978 off the album ‘Pieces of Eight’.  It did pretty well on the charts and reached #16 on the Billboard Hot 100.  The song for me is much better than that.

The song is about an outlaw (or renegade) who has been arrested for his crimes and is about to be hanged for those said crimes according to the lyrics…”Hangman is comin’ down from the gallows and I don’t have very long”.  The lyrics are basically a letter to the renegades mom telling her that he has been caught and is going to die.

There is a dark, ominous feel to the song especially in the opening verse which is just Tommy’s vocals and small kick drum in the first two lines and then a chorus of voices for the next two.  It is so eerie that it is wonderful.  And don’t forget the scream that kicks the song into overdrive. And damn, that opening line is so impactful…”Oh, Mama, I’m in fear for my life from the long arm of the law”.

What is also great about this song is the music.  Whether it is the guitar solo by James “JY” Young, the keyboards by Dennis DeYoung or John Panozzo’s drumming or a combination of all three, it just works.  Normally when Tommy write’s a song, he does the guitar solo, but he let JY do it instead and I think that was a good choice so he could focus on the vocal delivery.