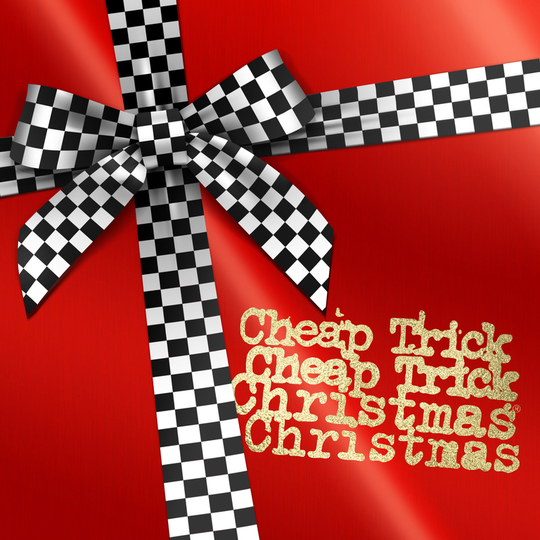 I know this is The Cheap Trick Collection Series, but I have to do this one album even though I don’t actually own a copy (yet) so I am able to complete an album rankings of all their studio albums. The album I don’t own is their Christmas album called ‘Christmas Christmas’. I am not a massive fan of Christmas albums so I will do my best to not be too biased on this one…I can’t promise anything. The album was released on October 20, 2017 and actually has 3 original songs written by the band which is Robin Zander, Rick Nielsen and Tom Petersson with Daxx Nielsen on drums. The remaining 9 tracks are covers with only one of those being a full on traditional song. The album is their 19th Studio album and went to #93 on the Top Album Sales and #5 on the Holiday Charts…not too bad for a Christmas album.

And one other thing. We are reviewing this in May for a posting in June and it is so not time for Christmas music, so getting in that frame of mind is difficult. I watched some Christmas movies, wore a Santa hat, wrapped some presents to give to my kids, made some eggnog and all that jazz to get in the mood and it worked!! So, let’s get going…(note: none of that is true!!)

The album kicks off with an original, “Merry Christmas Darlings”, and let me tell you…it is a great Christmas song. Robin sounds amazing, joyful and all in the Christmas spirit. The song is bouncy and has little rocking edge so don’t expect sleigh bells but lyrically it does touch on a lot of the cliches and there are a lot of “la la la las”. Robin, Rick and Tom actually wrote a decent song. And to keep it the rocking edge going we get “I Wish It Could Be Christmas Everyday” by Roy Wood and the Wizzards. Another upbeat track that sees Cheap Trick go full glam with lots of angst and yuletide fun.