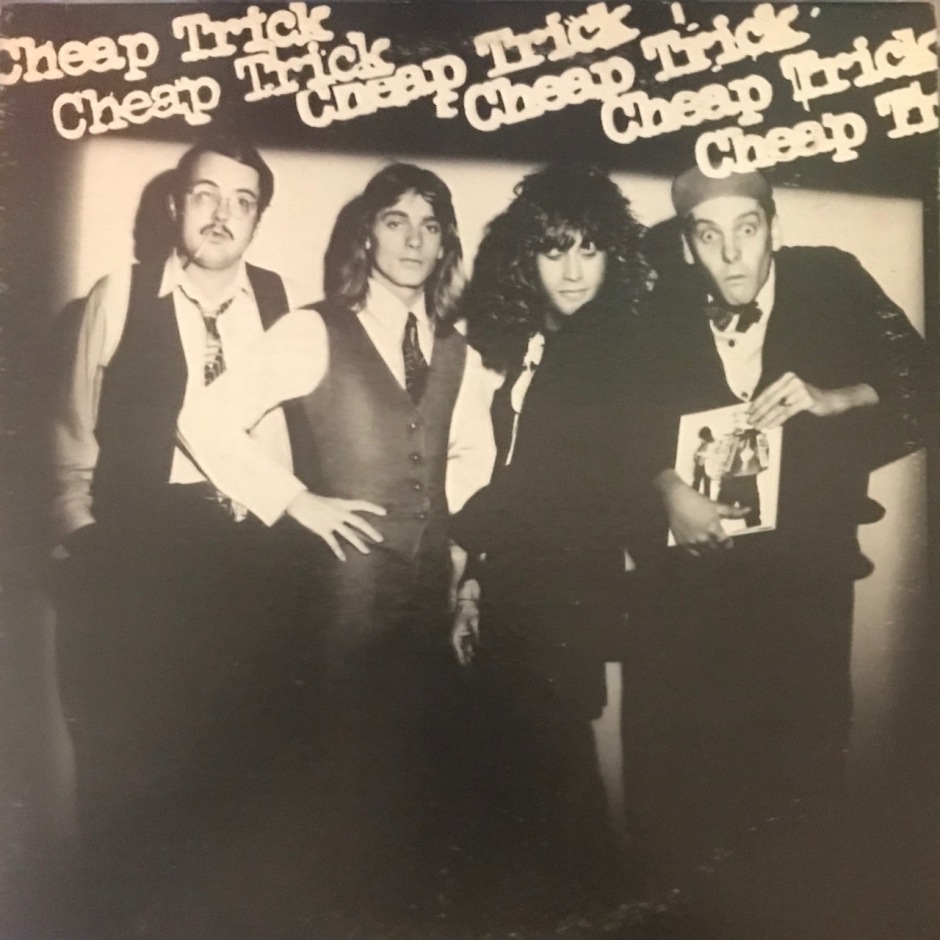 Welcome to the new series The Cheap Trick Collection Series. That means we will be going through every Cheap Trick album that I have in my collection whether it be on studio album, live album, compilations, singles or whatever it may be and it doesn’t matter if it is on Vinyl, CD, 7″ Single. We will go through them in chronological order starting with their 1977 debut and all the way up to the 2021 release ‘In Another World’ and most things in between…not all as I don’t have everything. Currently I’m missing some live albums, some greatest hits albums and even the Christmas album which I don’t think I can convince myself to buy (not a fan of Christmas albums). So, why don’t we get started with the debut, self-titled album from 1997, ‘Cheap Trick’.

Cheap Trick’s roots stem back to a band called Fuse which Rick Nielsen formed back in 1967 with Tom Petersson back in Rockford, Illinois. They recruited Bun E. Carlos on drums and they moved to Philadelphia where they changed their name for a short time to Sick Man of Europe. was formed back around 1973 and then lead singer, Randy “Xeno” Hogan, left the band shortly there after in 1974. They quickly replaced Randy with lead singer Robin Zander and the current line-up of Rick Nielsen, Tom Petersson, Bun E. Carlos and Robin Zander was born. By 1975, they recorded a demo and they played a ton of shows. They shopped the demo around and by very early 1976, they were signed to Epic Records. Epic Records didn’t waste much time and got the band in the studio to record their first album, simply titled ‘Cheap Trick’.

Now the above story is what Wiki has you believing, but if you read the back of the album sleeve, you get a different history of the band. One that has them spending a lot of time in Europe (which they did) and forming the band while they were there. That European influence the guys had opened them up to so many different sounds and influences that broaden the scope of the type of music they would perform. If you have the sleeve, give it a read.