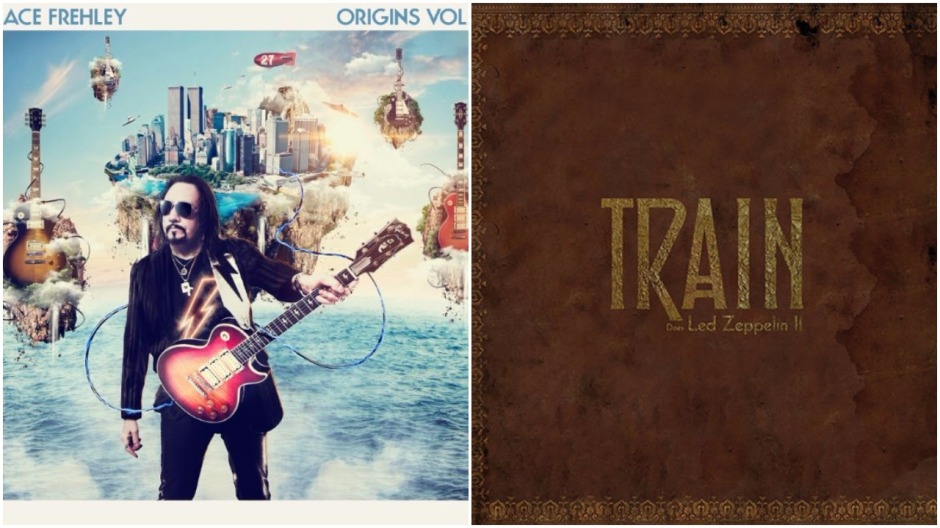 There have been a lot of cover albums this year and two of those that I have listened to recently have covered the same song, “Bring It On Home” by Led Zeppelin.  I know that Led Zeppelin was not the original version of this song either as it was written by Willie Dixon. The first version was released in 1966 and recorded by Sonny Boy Williamson.

I guess then I am trying to compare two cover versions of a song that was a cover song for the band that both covers are covering.  I think I just confused myself.  Anyway, my quest here is to determine who gave us the best version of the song based on Led Zeppelin’s version. Before we can do that, we must listen to Zeppelin’s version.  Take a listen and then we will continue.

Okay, then I guess we will get right to it.  First up, we have Ace Frehley’s version of “Bring It On Home” off his new covers album titled Origin’s Vol. 1.

Now, we will listen to Train’s version taken from their new album titled Train Does Led Zeppelin II.

The vocals on Ace’s version of the song are not Ace, but his drummer, Scott Coogan. Scott’s vocals are really great, however, Pat Monahan’s vocals on Train’s version are remarkable.  At times he sounds just like Robert Plant and it is scary.

Train’s version of the song sticks completely to the original as they weren’t just covering the song, they were copying it. Jimmy Stafford’s guitar work on the song was excellent and I bet he had a lot of fun on this song (and album) as Train’s songs usually don’t have this much guitar work.  It is a great chance for Jimmy to show he can play.

Ace’s version doesn’t stick as closely to the original and really focuses more on the guitar sound as it is Ace’s specialty.  The drums are more pronounced as well than on Train’s version.  Ace’s version definitely has a heavier sound and rocks out a little more which does change the song from the original and gives it their own personal touch.

The question then becomes, do you enjoy a carbon copy of the song more or a version where they cover the song but add their own personal touch to the song?

For me, I usually prefer a cover that the band adds their own personal touch to the song like Disturbed has done with their cover of “The Sound of Silence”.  That would then lead me to pick Ace’s version.  However, I think Pat’s vocals are what do it for me on this song.

So, the winner for me is Train’s “Bring It On Home”.

It was really hard for me to decide.  I have listened to both songs so many times now and it all came down to Pat’s vocals.  He sounded so great on the song that was really what swayed me away from the more rocked out version.  Let me know which one you like the best or if you didn’t like either of them.