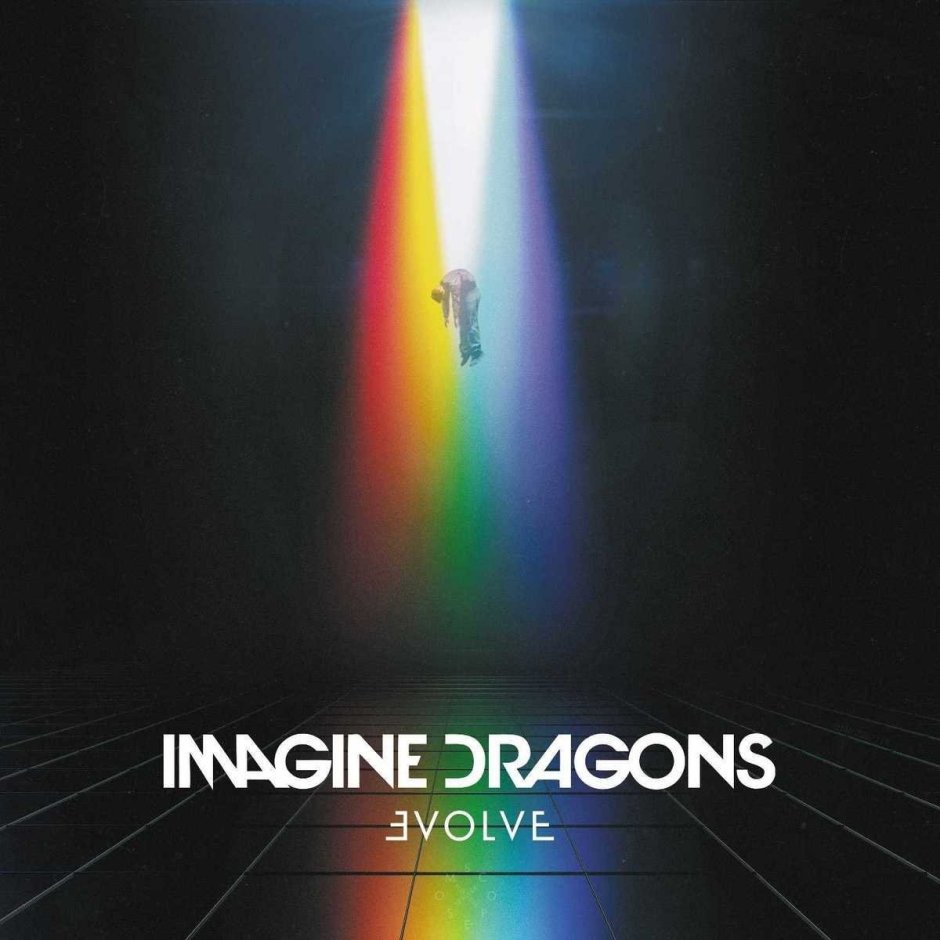 After taking 2016 off as a little break, Imagine Dragons is back on the scene with their 3rd studio album, ‘Evolve’.  After the overwhelming success of their debut, ‘Night Visions’, the 2nd album, ‘Smoke + Mirror’s, was not as successful and didn’t have as big of hits.  It was still a successful album, so hard to call it a sophomore slump.  Now on their third album, there is a little pressure to come out swinging.

‘Evolve’ is a true evolution of their sound, but they do deliver some outstanding pop rock music.  The music is actually a little bordering on arena rock, but since the guitars aren’t the main focus or real drums I guess it is a more of an electronica version of arena rock. I hear more electronic keyboards and drum machines than actual guitars or drums.

The first half of this album is why I call it arena rock.  It is full of slick productions and pounding beats that give it that arena rock feel.  It is one of the best opening 5 songs of any pop rock album out this year.  The second half is a little all over the place and no real direction. 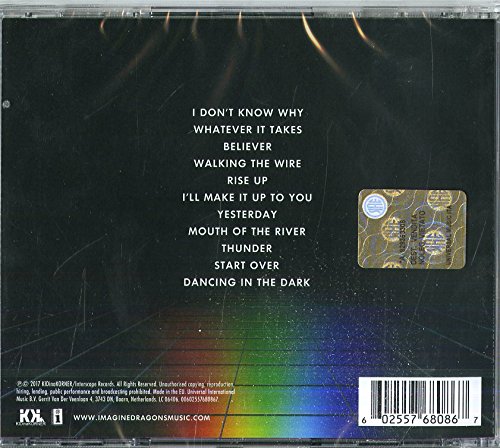 The album opens with one of my favorite songs called “I Don’t Know Why”.  Dan Reynolds smooth vocals and the drum beats throughout are stellar.  The song starts off a little slow tempo and really kicks in with the drum and give us one of the catchiest choruses.  I catch myself singing the song long after I have listened to it.  Even was singing it in the shower (don’t visualize that…it is scary).

“Whatever It Takes” is up next and Dan’s speedy lyrics in rap form and the drums kicking in again is an attention grabber that holds you throughout the song.  Their bridge and choruses are so simple and easily have you singing along.  The song was released as a promotional single (not an actual single) and actually broke into the Hot 100.

Their first single is the fabulous song, “Believer”.  The song has already reached #1 on the US Rock charts and is #11 on the Hot 100.  Again I bring up Dan’s vocals.  He has a unique sound and he is able to bring emotion into his vocals which help you connect to a song and for that I am fan.  Now I do hear a little acoustic guitar in the mix so yeah for that.  Also, is that Dolph Lundgren in the video???

They slow it down a little with the fourth tracking, “Walking the Wire”.  I could almost classify this song as a power ballad.  It has the ballad feel and than picks up the tempo in the chorus.  I love the sound & style of the song.  It has all the elements you want for a great power ballad (at least to me it does) including emotional vocals.

“Rise” comes up next and is a pure power arena anthem and another one of my favorites.  The slow build to the climatic chorus makes you want to scream out and I can see this being a crowd favorite during their concerts.  It is not as powerful as a pure Rock band, but it is pretty close.  It is like these guys want to be a Rock band, but still keep that electronic sound which keeps them in the power pop genre in my opinion.

Now we are on to the second half the album.  And where it starts to lose me.  There are some good songs on this side, but they are not up to the caliber of the first half.  We start off with “I’ll Make It Up To You”.  This song is one of the good ones.  It isn’t as powerful as the earlier songs, but is a good pop song.  It could use a little more emotion to take it the next level, but I don’t find myself wanting to skip it so for that I like it.

“Yesterday” gets high marks if for at least being different.  They changed things up with this song bringing a different style and sound.  It took awhile for me to get on board with the song because it was different and now I like it for that reason. I am not sure how to describe the song as it has so many changes and actually I can hear the guitars on this one.  It is worth a listen.

The next track, “Mouth of the River”, is one of the songs that loses me.  It is a generic pop song and I didn’t connect with it.  For me, there is no heart in the vocals or the lyrics.  Nothing to add to that so I will move on.

The second single, “Thunder”, is the final song I like.  It is more in line with the first half with the pounding drum beats.  The song though is very different from the first half in its tone.  It does it get repetitive with the saying “Thunder” over and over, but for some reason I still like it.  I heard the song on a commercial already so the band is trying to get as much publicity as the can out of it. The song sounded good in the commercial.

“Start Over” is another generic pop song.  Do I need to say more than that.  Been there, heard that.  It seems more like filler than anything else.  Skip it/Delete it, whatever you want to do.

Lastly, the final song is “Dancing in the Dark”.  It is one of the more unique song on the album which can be a good thing…but not in this case.  The song sombers along and the effects put on Dan’s vocals really drag the song down for me.  The bass driven drum beat can’t save the song either.  I could not get into it and it brought be down so much after the upbeat songs at beginning.

8 keepers out 11 songs – 73% (3.6 out 5 stars)  Imagine Dragons came back swinging after their self imposed hiatus in 2016.  I find the album better than Smoke + Mirrors and that is what they needed to do.  I do love their sound and when I hear one of their songs, I know it is them. If you have liked “Believer” or even their old hits such as “Radioactive”, I think you will find something here to enjoy.