The year is almost over so it is time to look back at what was awesome in music during the year.  I have already looked back at the Top Rock Albums of 2017 (click to read).   This list will cover all other genres that I listened to over the year including Pop, Country, Christian and whatever other genre you want classify these albums.  Rock is my favorite genre and that is why it gets it’s own list, but that doesn’t take away from any of these choices as I think they are great on their own.

Note:  These albums were my favorites and not necessarily the most played on the radio (which I hate the radio) or even the biggest sellers.  There aren’t the trendy indie bands on everyone else’s top albums list.  These are just what I came across during the year and connected with me in some way.  So, we might as well get started…

Colton Dixon – ‘Identity’:  What??? Not Taylor or Harry or Ed??  Nope!!!  Colton Dixon’s album ‘Identity’ was the album that did it for me this year.  Colton’s very pop album, but a Christian based album, is what I found to be best this past year.  The album was a loosely based concept album which was broken down into 3 parts – The Mind, The Body & The Soul.  He was able to rock out, dance, and slow it down all with precision.  You couldn’t help getting caught up in the messages of the songs and I am still listening to it even though it came out real early in the year.  That says something right there.

The Remaining Favorites In No Particular Order:

Harry Styles – ‘Harry Styles’:  Out of all the One Direction members that are releasing albums, this is the only one for me.  Harry shows a lot of versatility and even rocks out a little.  He could quite possibly be the most talented of the bunch and for me has the brightest future.  This album was a surprise for me in that I was surprised it was so good and that I would like it.  And dang it, like it I did.  Check it out. 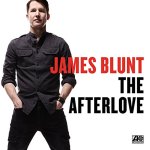 James Blunt – ‘Afterlove’: I saw James Blunt in concert when he was opening for Ed Sheeran and I have to say it was an awesome show (Read review here).  It also aided in adding to my appreciation and pure joy over his album ‘Afterlove’.  There are so many great songs on this thing including “Bartender”, “Don’t Give Me Those Eyes” and “Make Me Better”.  His unique voice adds to the beauty of this album as well.  Love it!! 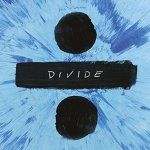 Ed Sheeran – ‘Divide’ (÷): Since I mentioned James above, I am glad to say Ed’s album was equally as good.  You can read about the concert at the link above in James’ writeup.  Ed came roaring back on the scene after a brief absence and brought as a grand collection of pop songs.  His talent is immense in both instrumental performance and songwriting.  I loved “Eraser”, “Shape of You”, “Dive” and “Galway Girl”. All around great album despite my 75% score, the songs I liked, I really liked.

Chris Stapleton – ‘From A Room, Vol. 1’:  One of the true country artist still out there.  That Bro-Country is plain and utter crap.  This is what Country should sound like.  Chris really brings back old school country and even a little southern rock layered in.  It was fantastic.  Songs like “Broken Halo”, “Second One to Know”, “Them Stems” and “Death Row” made me remember how great country music can be. If you are going to get one Country album this year, this is it. It is the only one I got. 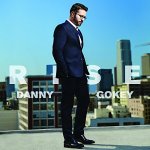 Danny Gokey – ‘Rise’:  Another great Christian artist is Danny Gokey.  And the funny thing is that both he and Colton Dixon are former American Idol contestants that found their niche in Christian Music.  Both are amazing singers and this might be Danny’s best effort to date.  The best songs are “Stronger Than We Think”, “Masterpiece”, “Rise” and “Chasing”.  If you are not familiar with him, you should get familiar. 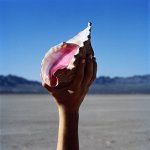 The Killers – ‘Wonderful, Wonderful’:  Brandon Flowers and the guys are back with a new release.  After the wonderful (pun intended) solo album by Brandon, I was so glad to have a new Killers album.  In my opinion, they haven’t lost a step.  They still sound like The Killers and didn’t stray too far from their successful formula.  I really loved “The Man”, “Some Kind of Love” and mostly “Run for Cover”.

Imagine Dragons – ‘Evolve’: Another one that my review was really positive, but I did score it a 73%.  Regardless, the songs that I liked on this album elevated the album to be one of my favorite pop albums of the year.  “I Don’t Know Why”, “Believer”, “Thunder” were constantly and replay as well as “Rise Up” and “Walking the Wire”.  The energy level of this band is high and it is shown in their songs.

P!nk – ‘Beautiful Trauma’:  I love P!nk and have since she popped up on the scene way back in 2000, but really because a massive fan with Missundaztood.  On her 7th full length album, she hasn’t lost a step.  If you saw her American Music Award performance, she still knows how to WOW us!.  She already has a hit with “What About Us”, but there is “Beautiful Trauma” and “Barbie” among other hits on this album. 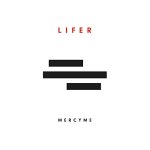 MercyMe – ‘Lifer’: Another great Christian act.  These guys have been around for a long time and keep putting out quality music.  It is fun, energetic and full of God’s word like “Best News Ever”, “You Found Me”, “Grace Found You” and “Happy Dance”.  They can slow it down with great songs like “Even If” and “Hello Beautiful”.  One of those albums that you keep on repeat for hours as it is so good.

As far as honorable mentions, I don’t really have many.  I found myself spending more time in the Rock genre than all the others so I was limited in my albums for this list.  I know there is a ton of music out there that would be on most people’s list, but I just don’t have enough time in the day to listen to it all. 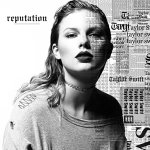 Taylor Swift – ‘reputation’:  Okay, this one is for my kids.  My oldest had to buy this one and so I have heard it several times. I will admit that it has grown on me and it isn’t half bad.  She has a way of crafting fun, memorable songs and blend all sorts of different genres together.  She has a little of everything on here.  I like “Ready For It”, “I Did Something Bad”  and even “End Game (with Ed Sheeran & Future)”.

Ke$ha – Rainbow:  Another one my kids listened to a lot which means I heard it a lot.  I have to admit that Ke$ha has grown up.  This was not the crappy pop songs that I was expecting. It was a more mature, heart-felt statement from someone who had a lot to get off her chest. After what she had been through the last few years, it was well deserved.  She also delivered variety with pop, funk and even country styles throughout.  Well done.

Katy Perry – ‘Witness’:  After the great success of all her previous albums, expectations were high on this one.  And to my utter disappointment, Katy completely missed the mark.  The old Katy was not there. The songs were missing…I don’t know what…but they were just missing.  Nothing overly memorable and I haven’t touched this album since its release.  My kids are extra mad at her as she cancelled her Charlotte concert due to “prior engagement’. Well, if that was the case, reschedule the show to another date.  She didn’t do that, just cancelled.  This tells me the ticket sells sucked!!

Worst Album of the Year:

Michael Bolton – ‘Songs of Cinema’:  I am not sure what Michael was thinking with this release.  He brought nothing new to the table with these songs and even repeated some he had already done.  This was unlistenable and I am actually angry at Frontiers Records for doing a money grab.  I think the Bolton fans would have loved an album of new material rather than this piece of garbage.  Sorry Michael.