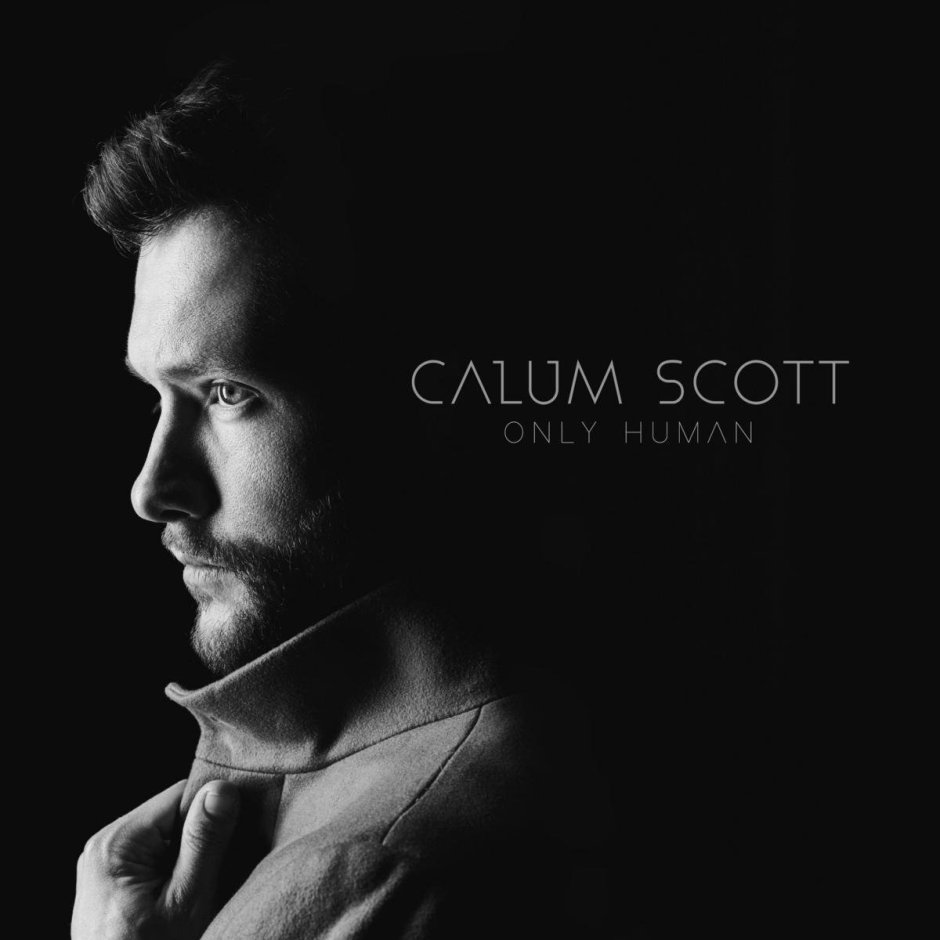 Calum Scott’s debut release, ‘Only Human’, came out on Friday, March 9th. A day surrounded by albums from some Hard Rock artists such as Judas Priest, Myles Kennedy, Three Days Grace and even Jimi Hendrix, how did this pop artist catch my ear?  Easy, two years ago this former Britain’s Got Talent contestant released a cover of Robyn’s “Dancing on My Own”.  That song made me stop and take notice.  It was absolutely fantastic (more on it later).  I have been anxiously awaiting an album from him ever since.

And now, the long wait is finally over.  Calum Scott is a cross between many artists.  I would say he is a little bit Sam Smith (without the depressing ass songs), a little bit Adam Levine (his vocal stylings only), a little Gavin DeGraw (catchy pop love songs) and a little bit of James Bay (his first record and even a little of his guitar sound).  He is the best of all those people rolled into one.

There are 14 tracks on the CD version  of the album (vinyl only has 11) so I won’t go through all the songs in detail, but I will highlight several of my favorites.  First off, there are two types of songs throughout the album.  You get the love song ballads and the upbeat pop songs.  I have to admit, I am a sucker for a good love song and Calum has no short supply.  The ballads are beautiful showcases of his amazing, soulful vocal abilities.

The opening track “If Our Love Is Wrong” just blew me away.  His vocals will just melt any woman’s heart (or man’s – no judging here).  Another ballad that is unbelievable is one of his singles, “You’re the Reason” which makes me think of my wife which is always a good a thing.  Leave this man to a piano and his voice and there is nothing better.

One of the best tracks is title track, “Stop Myself (Only Human)”.  One of my favorite things is when you get to the chorus and he sings “I’m Only Human”, I can’t help of thinking about the song “Human” by Human League and I start singing “of flesh and blood, I’m made”.

His cover of Robyn’s song “Dancing On My Own” is what drew me to Calum in the first place.  His ability to take this crappy dance song, strip it down to a piano and it’s bare essence and deliver one of the most beautiful love songs shows what a talent he really is.  Now the last track on the Deluxe Edition a remix of the song which then turns it into the crappy dance song of the original (DELETE THAT TRACK!!)

Another favorite is the stellar song “Hotel Room” which is another ballad (of course) that highlights his vocals and songwriting as well. This might be the best written song on the whole album.  It is simply wonderful!!

His song “Only You” is where his Adam Levine style vocals come heavy into play delivering another great ballad which is followed up by “Won’t Let You Down” which also has the Adam vocal stylings.

If you want the upbeat songs that get you moving then you can’t go wrong with “Give Me Something”, “Rhythm Inside”, “Come Back Home”, “Good to You” and “What I Miss Most”.  They are equally spectacular with great beats and catchy choruses that will get you singing like a crazy person driving down the road. Trust me, I know from experience.

The most surprising song on the album, which is only on the deluxe edition (like “Good to You”), is Calum’s cover of  Bob Dylan’s “Not Dark Yet” and let me just say…Wow!!  His ability to strip a song down to it’s smallest detail is where he truly shines.  It is a great song to begin with, but what he does with it is turn it into his own track and bring a whole new life to it. Such a soulful performance he delivers.  The guitar on the album sounds like James Bay.  What a way to end the album (the end because I am deleting the piece of shit remix version of “Dancing on My Own”).

13 keepers out of 14 songs – 93% (5.0 out 5.0 stars) Even though I deleted a song, that song was only a remix of a song already perfect on the album.  This is a very impressive debut album and the songs are so strong.  Calum’s vocals are the draw to this album.  His ability to connect to a song and make you feel it is uncanny.  The arrangements of the two cover songs is also something special as they are not really cover songs as he changed them so much that they are now his songs.  For my non-rock category albums chart at the end of the year, this is going to be a tough one to beat.  I can’t say enough good things about it.  Try it, you’ll like it.