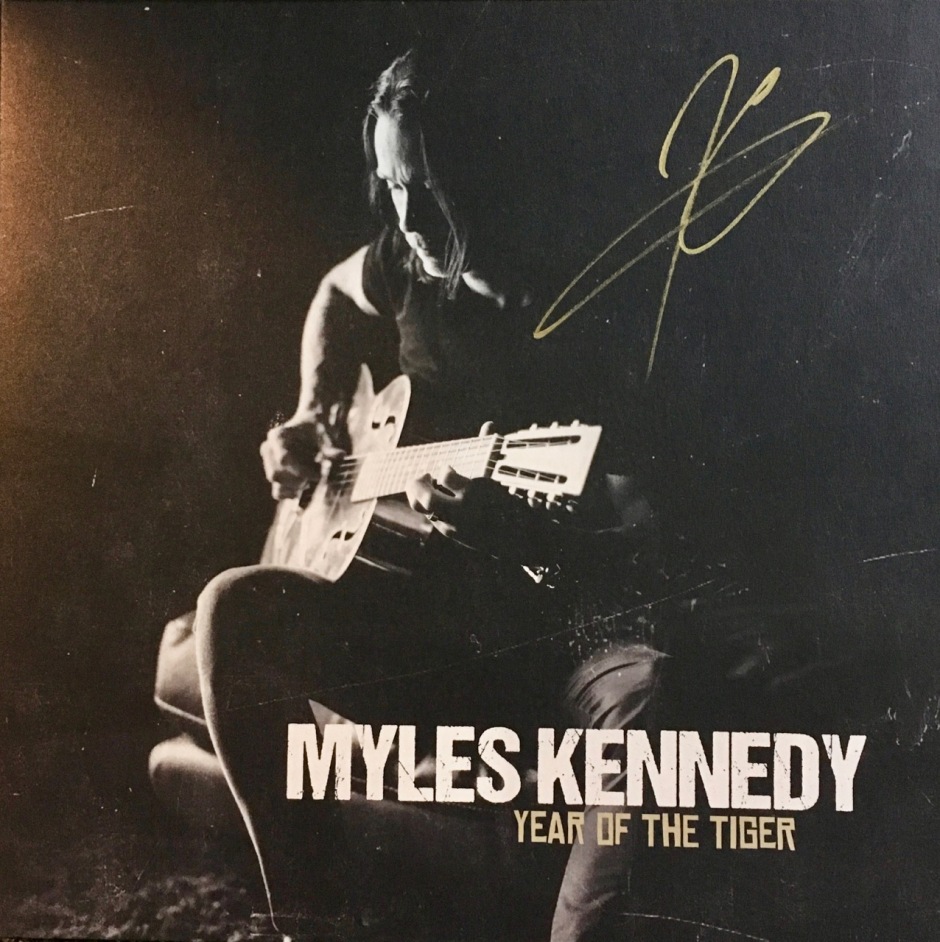 Myles Kennedy’s first solo album came out a few months back and I am just getting around to reviewing it and I apologize for that.  I had streamed the album and had no intentions of buying it as I wasn’t totally impressed with the release.  That all changed when I was out a week or so ago and came across the vinyl album in the Used section of Lunchbox Records here in Charlotte.  I was stunned to see such a new release sitting in the Used section.

For me, it was a sign that I needed to buy this album and give it another try.  And it was only $15 which is still pricey for used in my book.  However, I still felt it was a sign.  So, I bought it (along with other albums).

And let me tell you I am glad I did for several reasons.  First, the Vinyl copy I bought is a special limited edition release which I was not aware of at the time.  It wasn’t until I got home and started looking through everything.  How do I know it is a limited edition?  Well, it says so on the back cover…

If that wasn’t enough, his signature was on the cover of the album jacket which I completely missed as well as I was just too pumped to see it in the first place…

And if that wasn’t enough, enough, the vinyl came in this pristine white color.  They are absolutely beautiful. 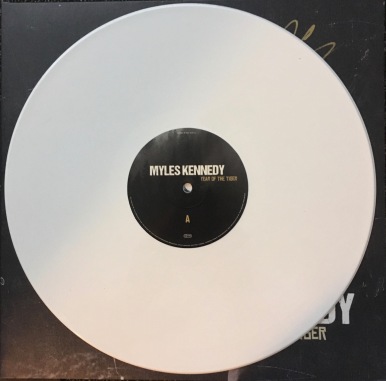 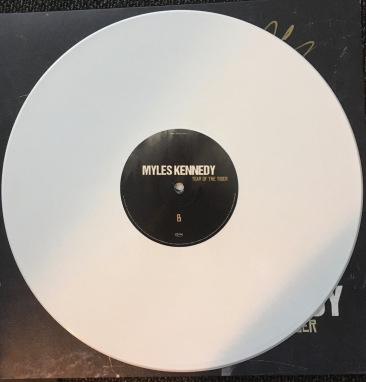 And if that wasn’t enough, enough, enough…the album jacket is actually a gatefold which the regular release was not (I think that is what I found out).

So, yes…this got me pumped to put down the needle on this bad boy. And damn am I glad I did. Streaming is great and all, but the vinyl release just sounded unbelievably crisp and clean.  It really added to the overall experience of the album.  I even listened a couple times through my headphones to really get everything out of this experience.

The album is a very personal album for Myles.  It is about a very tragic time in his life when his father passed away and his family had to start all over without him. It was a such a hard time that no young boy should have to go through and obviously was impactful on him as he had a lot to say.  He had so much to say that the album is more of a concept album than not…or at least there is a common theme throughout.

If you are expecting anything to sound like Alter Bridge or even Slash (his other two bands), then you will be disappointed…well, until you actually really listen to it.  The album is mostly acoustic and sounds so personal at times you can’t help but get immersed into it.  Sonically, the album is very bluesy and almost folksy, but still hard rock all at the same time.

Myles actually sings differently on this album.  He doesn’t hit those high notes he tends to get to in Alter Bridge (although he does hit it once on “The Great Beyond”).  Myles is so much more emotive in his singing on this one and even sings in a little lower register than normal.  Musically the songs are great, but it is his voice and the storytelling that are the showcase here.

The songs come from the point of view of both Myles and at times his mother.  From the album, you discover how much he loves his mother and how strong of a woman she was in picking up the pieces and moving forward.  He dedicates the album to his mother and one of the best songs on the album is called “Mother”.  Although he is tackling all the issues he had with this trauma, the album is also a celebration of him mom.

The album kicks off with “Year of the Tiger” which tackles the death of his dad (the year 1974 and in the Chinese Zodiac that is the year of the tiger) and continues to where they pack up an move with the “Ghost of Shangri La”.  Myles later comes to terms with the death in “Haunted by Design” and then the album gets more upbeat as he starts to see the light at the end of the tunnel with “Songbird”.  The album ends with “One Fine Day” where Myles finally lets it all go.  It is a powerful journey that is so personal to him without alienating the listener, if that makes any sense.

One of the best tracks is “The Great Beyond”.  It is the most adventurous song on the album.  It has the most going by adding in strings with violins and a cello.  It is smorgasbord of sound.  Myles nails it vocally and the song is just…Wow!!  I also like “Love Can Only Heal” which I find to be a beautiful and so deeply personal song.  Give it a listen.

I can’t really say there is a bad song on the album.  It hits on all points as it immerses the listener into a journey that touches all emotions. I think it shows what a true talent Myles is both vocally and musically.  He is an artist and the world should take notice.  I give the album a 4.5 out 5 stars.  Look for this album to be in my Top Rock Albums of 2018 post at the end of the year.  If you haven’t given it a listen, give it a try as I am glad I finally gave it the respect the album so surely deserves.

You can listen to the album at the link below or go and buy it.  Whichever you choose…

14 thoughts on “Myles Kennedy – ‘Year of the Tiger’ – Album Review”