The Who released a Record Store Day Exclusive for the April 2018 edition of the event.  The album was ‘The Kids Are Alright’ and the release was a double LP, colored vinyl edition.  And a nice set it was.  This is an album spotlight and not a review as this is The Who and I don’t know if I can add anything new to the conversation, so I am just going to talk about this particular release and what I like and don’t like about it.

First up, what do I like about this release?

Well, there is quite a lot actually.  The sound for starters.  The quality of the sound coming out of the speakers for this album are sensational. It sounds so crisp and clear and just begs to be cranked up so loud the walls shake and with an opening song like “My Generation”, how could you not oblige.

I mentioned that it was a double LP and colored vinyl and it is just that.  I love the red & blue colors and it feels like a 3rd LP would be good with a white color to complete the Union Jack color scheme, but sadly only 2.

The track listing is great as well.  It has the same 17 tracks as the original and they have been remastered beautifully.  What are the 17 tracks?  Easy, here are they are… 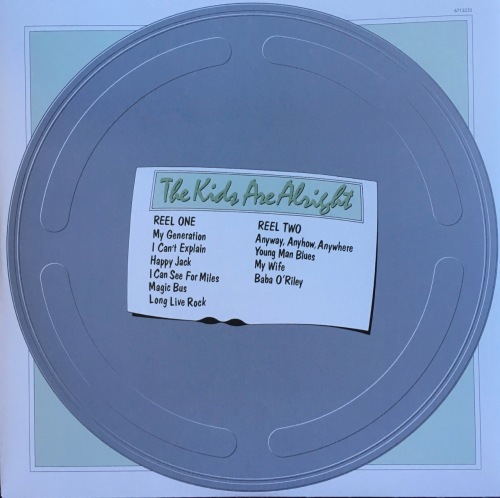 The album is basically a greatest hits compilation and definitely includes some of my favorite songs by the band.  “My Generation” is one of the standouts since it is a recording from their performance on The Smothers Brothers Comedy Hour back in 1967.  The first LP ends with another favorite of mine, “Baba O’Riley”.

The growth in their sound and song writing is on full display as you get to hear such a wide range of songs throughout their career.  And the 2nd LP is full of some of their more eclectic songs and some solid rockers as well. The songs from Woodstock are freakin’ awesome with “Sparks”, “Pinball Wizard” and “See Me, Feel Me”.  While listening to the LP while writing this, I stopped writing during this set to absorb the greatness.

Even though they borrowed a lot of their sounds from other artists, as all bands do, there is just something about The Who that is extra special.  I can just sit and listen to this over and over and find something new I like each time.

The package also includes a great looking 20- page booklet that has some incredible photos and a small backstory on each and every track on the album.  This was part of the original pressing and has long been out of print.  It is done very well.

Honestly, there is only a couple things I do not like and one is the album jacket.  It was not a Gatefold and with 2 LPs that would have been a much nicer presentation.  This was a single, extra wide sleeve to slide both LPs and the booklet.  For the price, they could have spent the extra dough on a Gatefold. 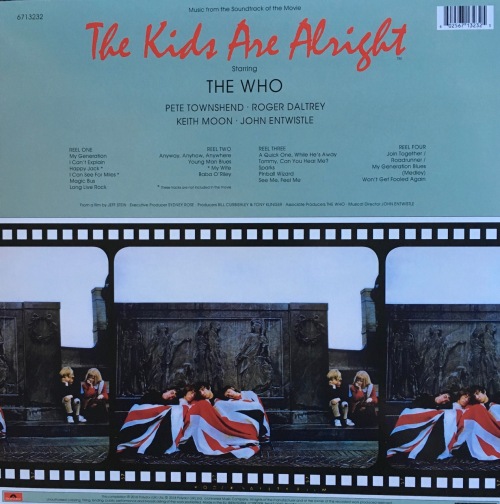 The other thing they should have done is seriously added a third disc of some bonus material (if there is any laying around).  Anything would have been nice as this isn’t really different from the original release.  They could have done that white vinyl that I mentioned earlier for those extra tracks.

My complaints are minor and nothing at all to do with the music.  If you don’t have this album, get it.  It doesn’t matter what version, just get it.  Now, I am going to drop the needle on it one more time.

Thanks for stopping by!!