I bought ‘The Story So Far…The Best of’ back in 2018 and at the time not realizing it was only Volume 1.  I also bought the CD Deluxe to get all the music as the vinyl didn’t have everything.  Well, now it does.  For Record Store Day 2019, Def Leppard released Volume 2 for those suckers, like me, who will buy everything they put out. 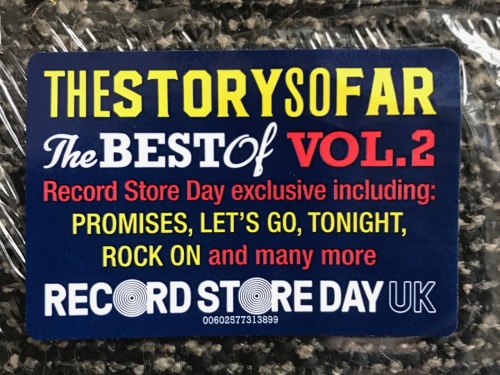 Now Volume 1 has all the songs from their 3 biggest albums (Pyromania, Hysteria and Adrenalice).  Volume 2 covers pretty much everything else.  And for that, it has a much better selection of songs than Volume 1 for me.  It covers the band’s history better and is a lot more diverse and entertaining. 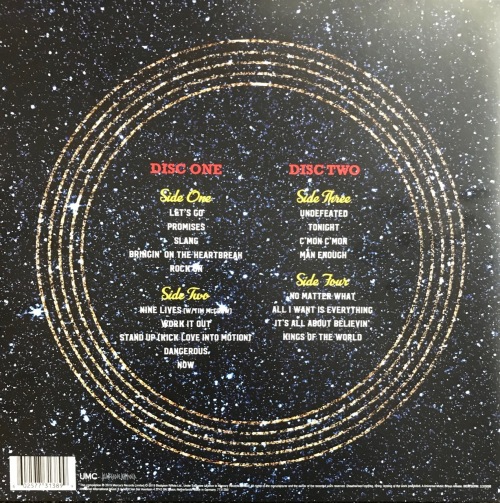 But before we get on about the set list, let’s talk the album cover.  It is styled the same as volume 1 with some alterations to color.  The biggest pet peeve for me is the picture when you open up the gatefold (oh yeah, 2 LP set with gatefold).  It is the same DAMN concert picture as the first!!  Really, you couldn’t come up with a different picture. At least the pictures of the individual band members are different.

The vinyl sleeves are nice and glossy and filled with a lot of pictures of the band…and yes, they are different from the the first one. 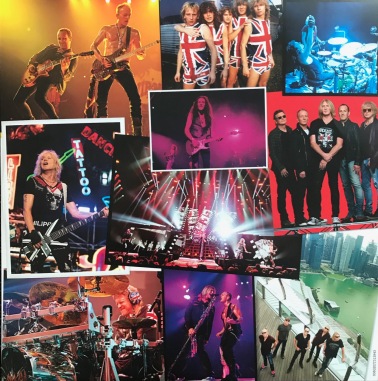 Now, here are my gripes with this set.  Let’s go with bullet points:

Do I have any highlights?  Maybe the fact you do get songs that happened after 2005 when their last and Best compilation came out “Rock of Ages: The Definitive Collection”.  I like how well Slang is represented and the songs off the Mirrorball live disc are great.  I have to say Side Four might be my favorite side, and Side Three is a close second.  Side One loses points for “Rock On” and Side Two loses it for “Nine Lives”.

That first disc is unimaginative and lazy.  Plus, you aren’t covering all the albums sufficiently to be complete.  But it got points for at least the 2 new tracks (but lose points for making us have to buy 2 sets to get all tracks – smart business move though).  The second volume is a way better variety of Leppard and it really is more of a story since it covers most of the band’s history.  However, for the casual fan, this won’t have all the songs you know which is why you would need to buy volume 1 as well.

For me, I will probably play this set more than the first and I will give it a 3.5 out of 5 stars when compared to the first (which only got a 2 for total lack of imagination), but it loses points for the lack of a new picture on the gatefold.  Plus, there are no new songs or remixes, etc…  Nothing to offer the true fan an incentive to buy it. I already have these songs…many times over.  There you have it.  I hope you enjoyed!