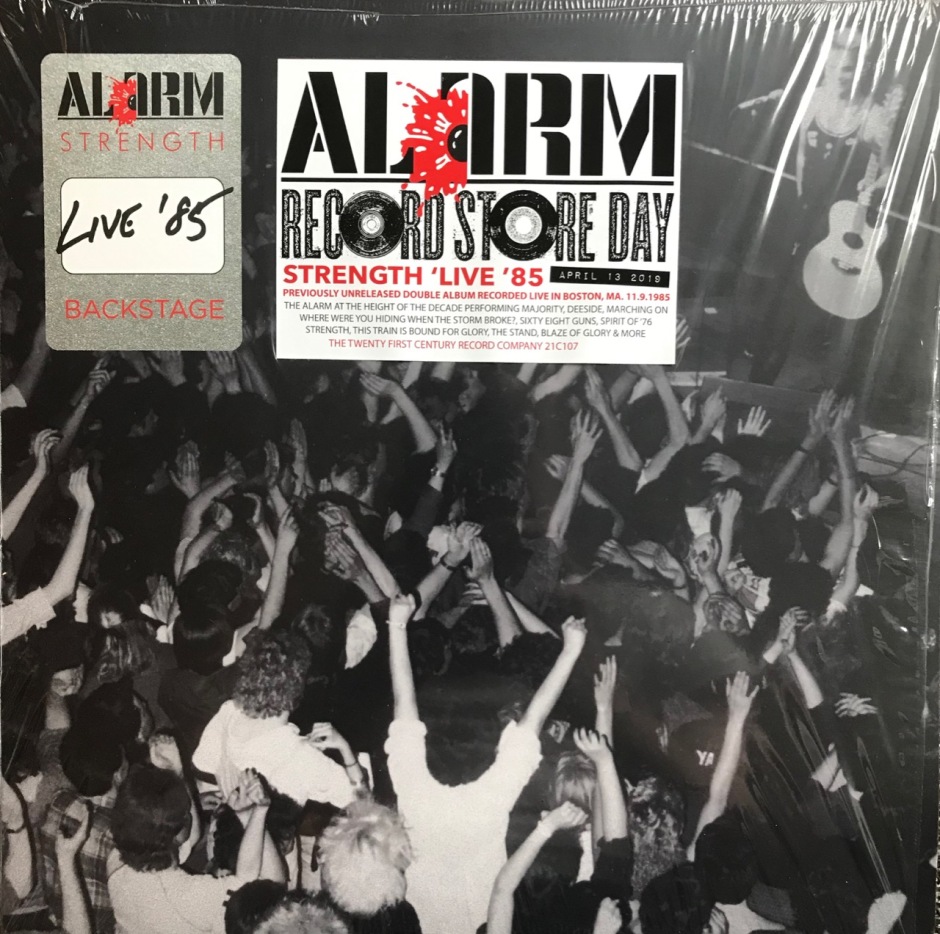 For Record Store Day April 13, 2019, The Alarm released a live album in support of their 1985 album ‘Strength’.  It was a previously unreleased show recorded at the Boston Orpheum Theatre on November 9th, 1985.  Since ‘Strength’ is one of my favorite albums, this was quickly added to the albums I needed to grab on RSD.

The album has 20 songs, of which, 16 have never been released before (officially). There have been bootlegs of the show, but none with the actual mixed recording which was done about a month after the show by Nigel Luby.  The sound is untouched and no overdubs.  It is as it was back in the day.  You can hear the rawness, the crowd and you know it is truly live.  It is fantastic.

With only 2 albums out at this time, the band played a ton of songs from both ‘Declaration’ and ‘Strength’ (which hadn’t been out long) and some you hadn’t heard before.  Songs like “Majority” and “The Chant Has Just Begun” were not on the studio albums, but later released as bonus tracks on deluxe editions.  You get to hear them live here before ever seeing the light day. 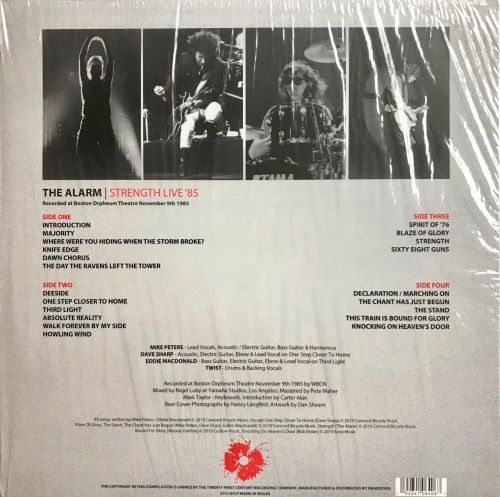 Side Four of this is the entire Encore. It is a 5 song encore and the show closes with 2 covers including Woodie Guthrie’s “This Train Is Bound For Glory” and Bob Dylan’s Knocking On Heaven’s Door.  Now that is what I call an Encore!!

The driving force behind this show is the amazing drumming of Nigel Twist as he was killing it and throw in Eddie McDonald’s bass work and you have rhythm section that was unstoppable that night.  Both Dave Sharp’s and Mike Peter’s guitar work was excellent and the songs I know so well on the studio albums come alive with such heart and feeling.

As much as I love Mike Peter’s vocals, I loved how the crowd is in to and sings along to the whole chorus for Blaze of Glory. And let’s not forget that when Mike pulls out the Harmonica, you are going to get a treat.  Oh to be there would have been grand. 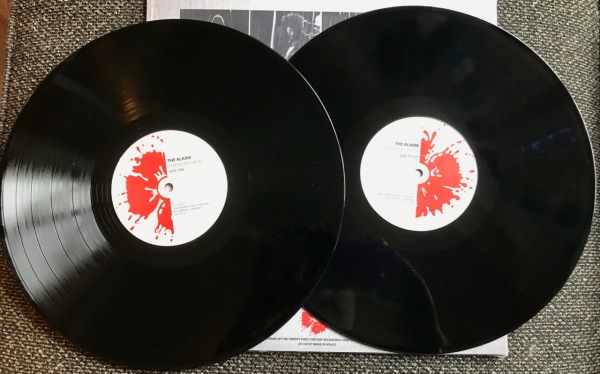 Every Record Store Day there is always a Live album I pick up and this year, I am glad it was The Alarm.  It brought back so many memories of their early work and has rejuvenated my interest in the band.  I will give the album a 5 out of 5 Stars.  It is a perfect score because you get a real, untouched live album with 21 tracks of a band you loved as a kid (and still love today). What more could you ask for!!