For My Sunday Song #178, We are tackling the song “You Speak My Language” by Collective Soul off the 2000 album ‘Blender’.  The song was never a single, but one that stood out for as there was something special about it.  It was very different.

Why is it different you ask? This song is very different for Collective Soul for two reason…one, it is not written by Ed Roland and two, it is a cover song!  Two very rare events for Collective Soul.  The song was written by Mark Sandman of the band Morphine and Mark had died a year earlier.  I believe it was done as a tribute to Mark and what a fine tribute it was.  For me, the song is about walking around this world and not finding anyone that understands you for YOU!.  That is until you find the one.  The one that speaks the same language as you.  That gets you, that knows you better than anyone.  When you find that, grab hold.

Musically, Collective Soul attack this song with so much energy and ferociousness that you are taken back by how heavy and wild the song is.  Ross Childress’ guitar playing is brutal with a killer riff and beast of a solo.  This might be the heaviest the band ever got.  Ed Roland sounds great and his lyric delivery is both deliberate and effective and with a little special vocal effect on the mic for added impact.  The song is also mixed throughout with sound effects normally not found in their songs which adds to it as well.  But no matter what the song is, you still hear Collective Soul and they turned a cover song into their own song.  Brilliant! 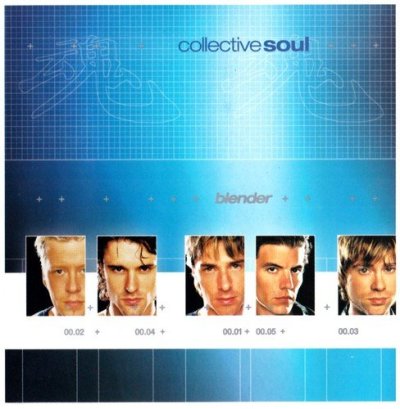 Give the song a listen and let me know what you think.  I think you’ll like this one.  I hope you enjoy and have a Happy Sunday!

“You Speak My Language”