Here is something a little different for you from my site.  I received a bag of old guitar magazines from my mother-in-law.  The magazines were her son’s and she thought I might enjoy them.  The cool thing about the magazines is they were all featuring the late, great Stevie Ray Vaughan.  Not bad at all.  But there was something out of place in the bag.  It was a Tour Program from the 1987 Tour of the Lynyrd Skynyrd Tribute.

My brother-in-law is originally from Atlanta, like I am, so the tour book must be from either the October 14th or the 15th show as they played two shows on that tour in Atlanta at the Omni.  Actually, the 2nd leg played Atlanta on June 5th as well at Atlanta/Fulton County Stadium home of the Atlanta Braves and the Atlanta Falcons.  So, it could be that show.

The Tour was to pay tribute to the members of the band that were lost 10 years earlier in a tragic plane crash.  Ronnie Van Zant, Steve Gaines, backup singer Cassie Gaines (Steve’s older sister), assistant road manager Dean Kilpatrick, pilot Walter McCreary, and co-pilot William Gray were all killed in the plane crash.

The Tribute tour consisted of a number of surviving members reunited for the tour. Original members Gary Rossington, Billy Powell and Leon Wilkeson were joined by Ed King (he left the band in 1975), Artimus Pyle (drummer at the time of the plane crash), Randall Hall and Johnny Van Zant.  It was a great line-up and even had the Rossington Band opening the show.

And you need to know the set list…right?  Well, for the two Atlanta shows I can’t find the set list, but wikipedia had the typical set list as follows…which is pretty great. 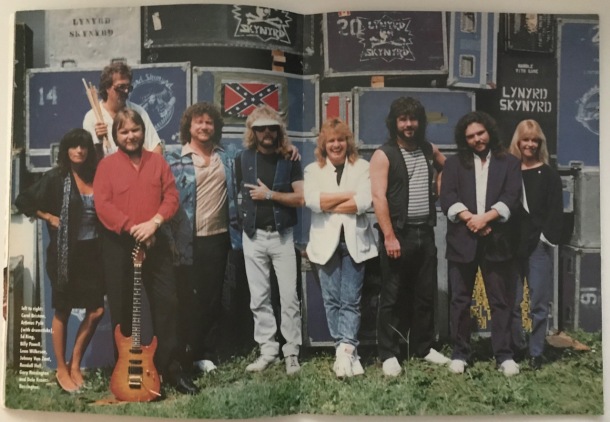 Enough of that chit chat…the main reason for the article was the Tour Book, so here are the remaining picture of the book. Enjoy!!

The Band members…then and now… 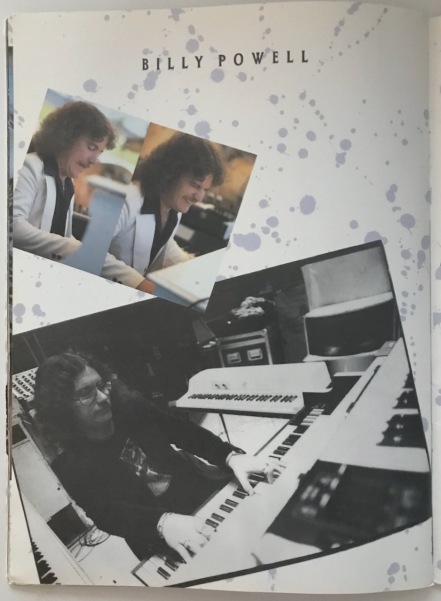 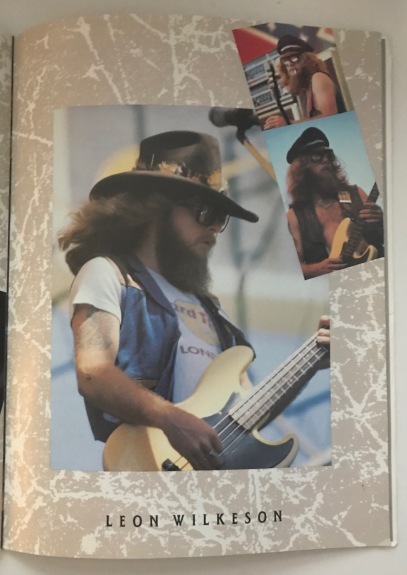 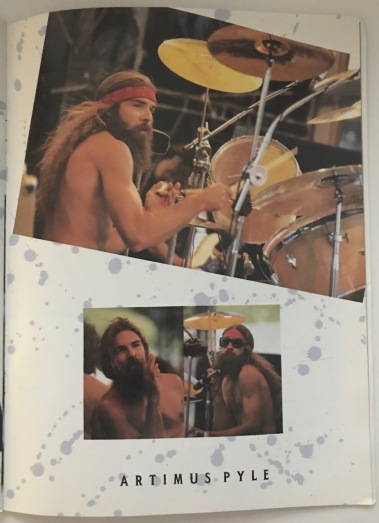 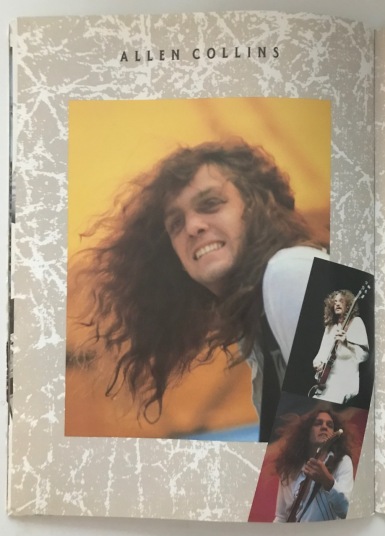 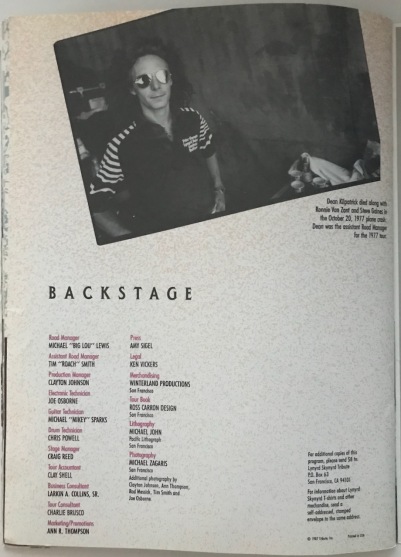