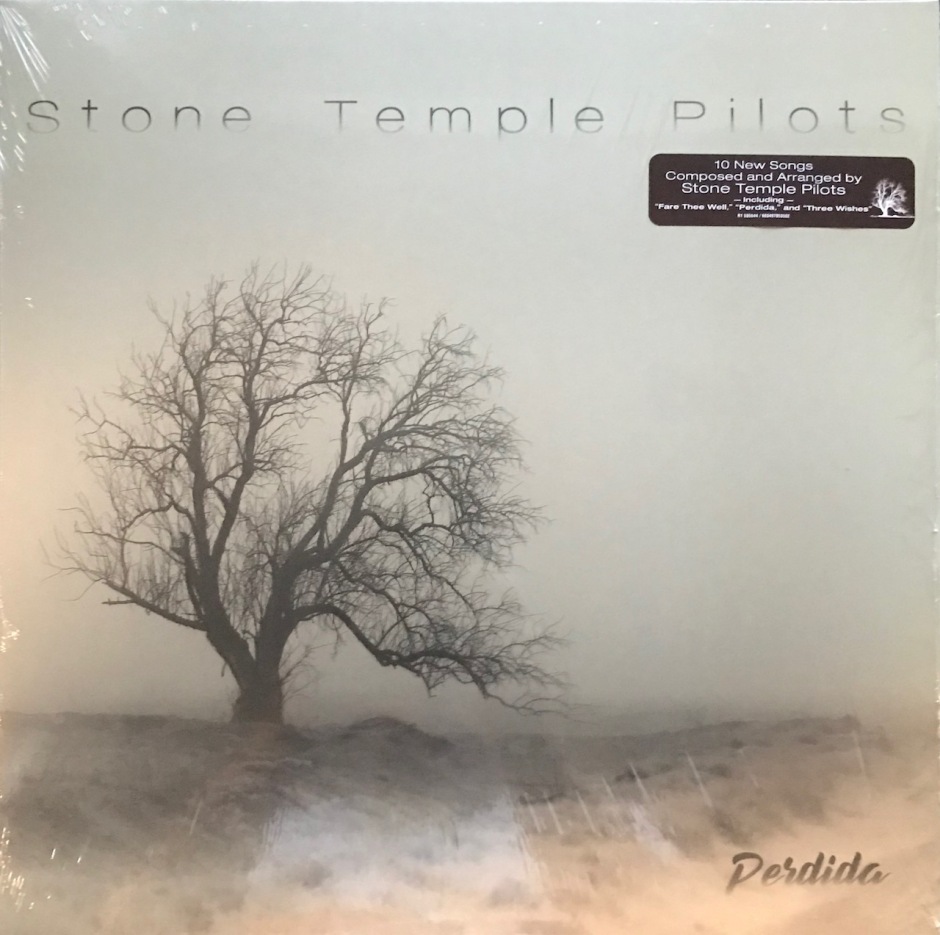 Stone Temple Pilots release their first album of the new decade which is their eighth album overall and second with new lead singer Jeff Gutt.  ‘Perdida’ is quite a departure for the band as the album is an all acoustic affair of 10 new songs.  This is either a bold step in a new direction or a complete and utter misstep in a stellar career.

When I heard several months back that this was all acoustic, I had my reservations.  I was curious as to the reason why with only one album under their belts with Jeff Gutt as the singer would they change course so dramatically.  I still don’t know why, but it is an interesting choice.

The album title “Perdida” struck me as odd until I found out what it meant.  The word is Spanish and means “lost’.  Take that word with the image of the cover, which I find to be spectacular, and everything starts to fall in to place.  Is the band lost in who they are as group or our they spiritually lost.  Is the album them trying to find their way or is it a statement that they have no idea what to do anymore and it is a cry for help?  So many questions.

Before I talk about the music, production on the album is wonderful.  The recording and mixing of the album couldn’t sound better.  Now of course I am biased as my brother-in-law, Ryan Williams, is the engineer and mixer on the album.  But don’t worry, that doesn’t impact my review as I am brutally honest with my opinions on the album…good or bad.

Now the music.  It starts off quite beautifully with the song “Fare the Well” which is one of Jeff’s best vocal performances he has done with the band.  And even “Three Wishes” was pretty good. But that is where the niceties will end.  I found the album to become a lot of the same. It was quite boring at times and very uninspiring.  Most of the time, Jeff’s vocals lacked character (thanks J.) and was lacking any kind of charisma or true passion.  It fell flat for me.  The album ended up with the feeling that is all really just one, very long song.

I would have thought that although it is all acoustic, there would be some variety…there is not!  They are all pretty much slow ballad type songs.  There is a song with a little Spanish flare, “Perdida”, and “Miles Away” stands out with some European style.  But nothing with any punch. And if you are listening to this on the way to work at 6:30 in the morning, this is not the album you want to play to wake you up. 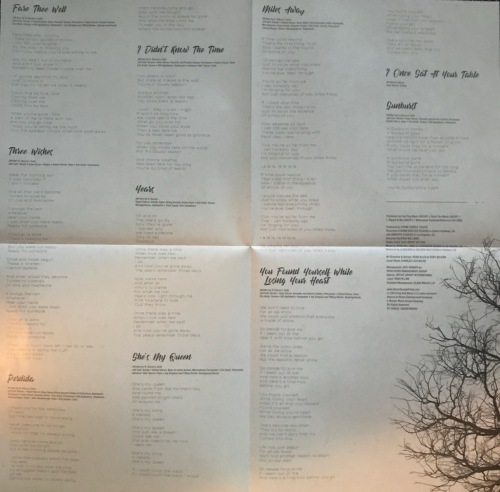 That isn’t to say the playing wasn’t any good.  There is no denying the talents of Dean and Robert DeLeo.  But poor Eric Kretz on drums.  What did he think when the band said…”you know what, let’s do an acoustic album”.  Poor Eric couldn’t pound away at the skins.  He is on the album, but that talent is pretty much put on the back burner and wasted.

There were moments that I found intriguing with the adding of flutes on a couple song and even an alto saxophone.  It at least attempted to change things up, but with the overall tempo not really changing, it was never able to capitalize on that improvement.  The moments of the flute and sax are my favorite parts as at least it gave me something new to hear.

I know this has been all rosy and I apologize. I wanted to like this album, but it is difficult.  I still bought it as I am a fan of the band and plus I like to collect albums that Ryan is on as I feel my daughters will hopefully one day appreciate the fact their Uncle was a part of so many great albums.

Overall, it is a valiant effort at trying to do something very different for the band, but they do sound “lost”.   The album has some shining moments, but overall it is too underwhelming.  It might be great for having some background music that won’t distract from what you are actually doing, but that is about it.  I hope that it will grow on me over time as I did end up liking the 2018 album “Stone Temple Pilots” which was Jeff’s debut with the band.  I am going to be generous and give it a 2.5 out 5.0 Stars as the Flute and Saxophone were a much needed add to the music!  Oh well, you can’t win them all.