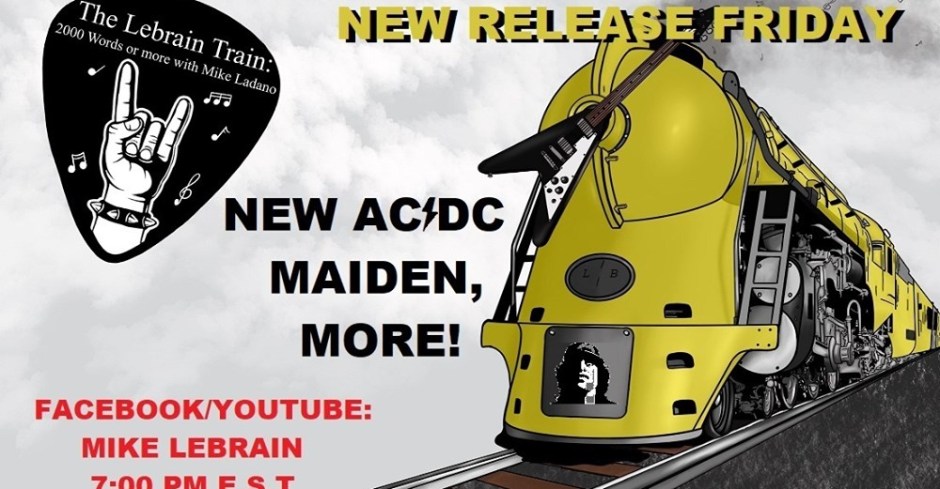 Check out the LeBrain Train: 2000 Words or More with Mike Ladano tonight at 7pm on Facebook & Youtube (at Mike Lebrain). I will be joining him as well as Kevin, the legend himself, from Buried on Mars. It should be a fun night talking AC/DC’s new album, the new Iron Maiden album and a ton more releases coming your way. Come join in on the conversation!!

The LeBrain Train – 2000 Words or More with Mike Ladano Episode 32 We were supposed to talk about the upcoming big releases in music last week — and then King Edward died.  Devastating.  We needed to talk about Eddie.  But now, we’ll talk some AC/DC, Iron Maiden, Sloan and more!  The angle is based […]