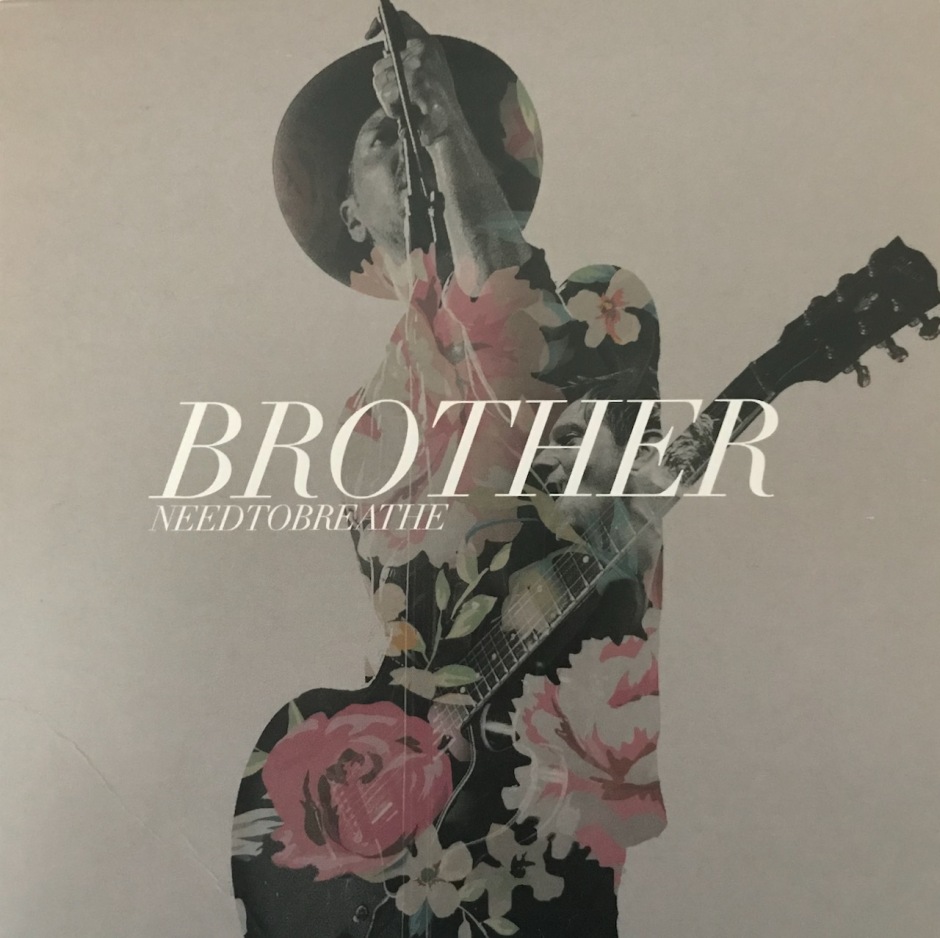 In my quest for getting everything on vinyl for Needtobreathe, there were four 7″ Singles I had to get and I am glad to say, I now have 3 of them. There is still one elusive one that I need for the song “Keep Your Eyes Open”, so if you see it let me know. For now we are going to talk about this single for the song “Brother”. The song is actually off the album, ‘Rivers in the Wasteland’ from 2014. However, the songs on this disc are not on the version on the album.

The disc is a limited edition release with only 2,000 copies and I have one so there are only 1,999 left out there for you to find (yes, I know how to subtract). It is on a very beautiful transparent blue vinyl and it is gorgeous. It comes in a lovely jacket with a cool picture of Bear Rineheart on the front and his brother Bo Rinehart on the back which is significant which we will discuss later.

The package also comes with an insert with details about Side A and Side B and it is formatted in that same flowery motif. It is quite nice.

The song came about due to the issues between the two brothers.  Their friendly competition turned in to more of a blame game as times got difficult for the band as they struggled during the recording of the album ‘Rivers in the Wasteland’.  They finally worked things out once they actually talked to each other and confessed their own personal faults.  Once that was done, they realized how important it was to have a brother working with you and beside you rather than compete with you.  They turned that in to a beautiful song.

Side A has is the non-album version with Gavin DeGraw accompanying Bear Rinehart. The song has a church feel and some choir-like backing vocals to help add to that effect.  Having Bear and Gavin DeGraw do it as a duet it gave the song that back & forth that it needed to give it the effect of two brothers going at it and making amends to each other.  It gave the song more dimension and heart.  Their voices worked so well together and their tones blended nicely and gave the song the emotion it needed.

Side B has the same song, but done acoustically on piano and only Bear singing. There is a little percussion backing him up and some guitar and keyboards but they are minimal and for flavor. It still has a little of that church feel with that piano piece, but it is more reserved and not as bombastic. However, it is still so powerful and full of emotion. It is a beautiful rendition. A song that is so good, it doesn’t matter how it is played, it will still sound amazing.

And there you have it. This might be my favorite of the three I have. Now, back to the search for the final vinyl. Of course, once I find the vinyl, I will start buying all their singles and promos on CD. It never ends.