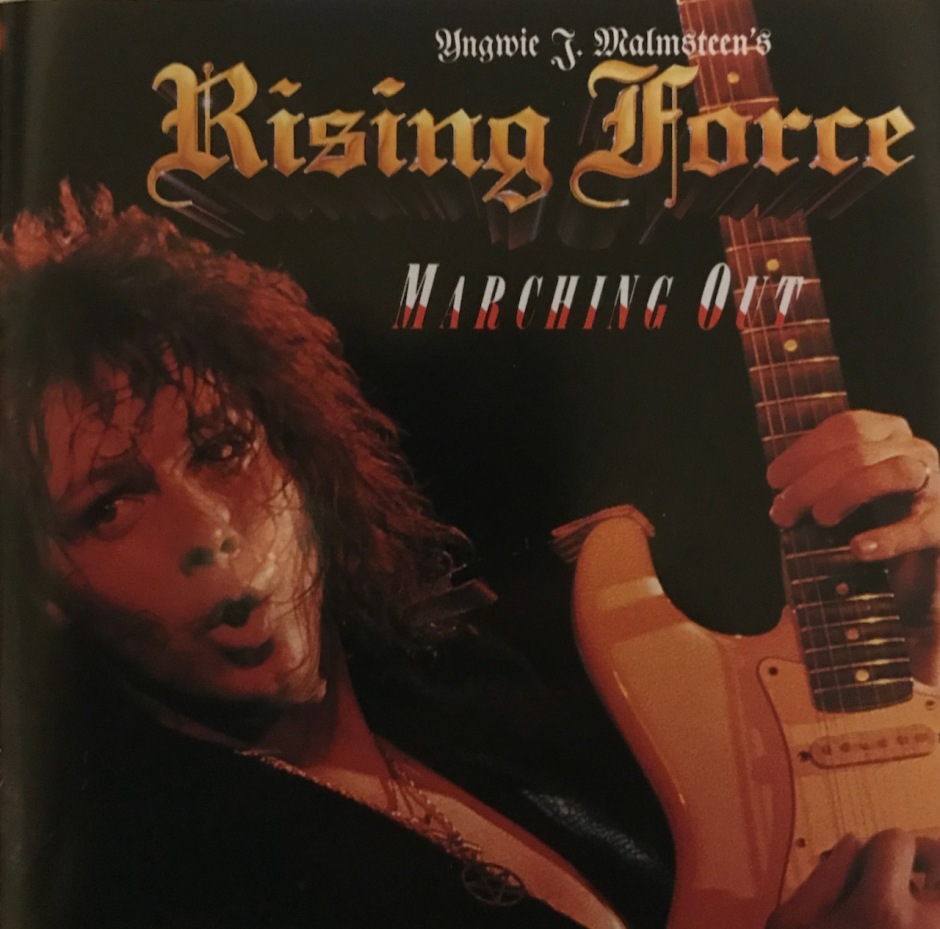 In a little less than a year after the release of Yngwie’s debut album, he puts out another release and this time a few changes were made. First, this sounded more like a band album. Jeff Scott Soto was still on vocals but this time he was involved in much more of the song writing. He contributed writing on 4 of the tracks and sang on 8 of them. For that reason, this was a more collaborative, band like experience…at least in how the album felt. The other change were a couple line-up changes. They brought in keyboardist Jens Johansson’s brother, Anders, to play drums. They also made a change in bass by bringing in Marcel Jacobs who is key and crucial part to the whole Jeff Scott Soto Story.

Marcel Jacobs is vital to Jeff’s story as the two became fast friends and within a few short years, the two would start what I think is one of Jeff’s best bands ever, Talisman. They would go on to do a couple side projects together called Human Clay and Humanimal, but they would always come back to Talisman and ended up giving us 10 studio albums together and numerous live albums and compilations. Without Marcel coming in to Jeff’s life, would his story have gone the way it did…I don’t think it would have. Even though they didn’t get along at first as Marcel was a stuck up European snob and Jeff was a trashy American, they eventually found common ground and their paths were destined to be intertwined for years to come.

Let is get back to the album. Since the first album was titled as Yngwie Malmsteen’s Rising Force, that is how people thought of them as a band name. So, their second album was called Yngwie Malmsteen’s Rising Force – ‘Marching Out’. Where the first one was supposed to be just a side project and all instrumentals, the record company had him add Soto and two songs with vocals. This time around there were 8 vocal tracks and only two instrumentals thus enforcing that this was a band project…but as we all know with Yngwie, it is never a band, it is all about him. But he was kind enough to include a band picture in the CD booklet as you can see below…oooh…wait…sorry, that is just Yngwie. I think you get my point.

This would be Jeff’s last album with Yngwie as he was replaced by Mark Boals for the next album, ‘Trilogy’. However, during the tour for ‘Trilogy’, Mark left right in the middle of the tour. Yngwie brought Soto back for the remainder of the tour, but shortly after, Yngwie was involved in a terrible accident that left him in a coma and the tour was cancelled and Soto never worked with Yngwie again. So with all that being said, let us finally get to the music.

The album opens with “Prelude” which is just a 1 minute long bit of noise and doesn’t really constitute a song. It then goes right in to one of Yngwie’s best songs ever “I’ll See the Light, Tonight” with that killer opening riff by Malmsteen accompanied by Ander’s powerful drumming. Speaking of power, that Soto scream comes exploding through the speakers. Soto’s vocals have improved in such a short time as he really gives this one his all and attacks it with such ferociousness. Co-written by Malmsteen and Soto, they show here they make a pretty good writing team (although the lyrics are so-so). Yngwie’s playing is over-the-top sensational with a nasty ass solo that shows off his mad skills.

Next up is “Don’t Let It End” which opens with an acoustic piece from Yngwie and then Soto sings in falsetto giving the song an airy almost mystical feel until the full band comes in and turns it up a notch. Not as heavy as the previous song, but still catchy and another stellar vocal performance with an added scream before Yngwie’s solo. The back half of the song sees Yngwie really throw the gauntlet down with various riffs and changes as Soto battles him vocally note for note. On a side note, Jeff actually covers this song for his 2021 album ‘Duets Collection, Vol. 1’ with Dino Jelusic.

“Disciples of Hell” starts off with a minute long classical based solo before the evilness and metal onslaught slam you in your face. Anders’s drums are powerful with his double kick drum sound. Jeff sounds evil and sings in a deeper tone and not his normal style. It is feels like Dio meets classical music. Musically, the musicianship from everyone is on point and the song, while a little silly, is still a kick ass track. And don’t worry, Yngwie will wow you with another solo.

Another silly song lyrically is “I Am A Viking” about a…well…a viking. But don’t worry about that as you still get another great track even if it reminds you of bands like Manowar. Jeff has been known to pull this one out in a live set every over the years. A little slower in tempo and darker in feel, Jeff does his best viking growling in the vocals and again, a little corny and for some reason I still find it enjoyable. One things that puts the song over the top is the solo. It isn’t all, “hey look what I can do”, it actually fits the song.

Then we get to the first instrumental track “Overture 1383”. The song starts out as a band instrumental with Anders on drums and Marcel’s bass laying down the rhythm and beat before turning to a more airy, classical tone with Yngwie’s guitar. With the title, you expect some classical stylings which you would get with the backing classical guitar to Yngwie’s electric guitar riffs and noodling. The last 30 seconds is just Yngwie shredding a few notes in a pleasant sounding tone. It is quite nice.

Then the heavy is brought back with “Anguish and Fear” with more great drumming from Anders. You get more metal vocals from Soto and he gives us a catchy chorus, but the main focus of this song is that guitar and keyboard solo that goes back and forth between the two. It is something different and exciting for the album. Jens shows he can hold is own against the powerhouse that is Yngwie.

“On the Run Again” is more hard rock than metal. Lyrically a little better than some of the others and another co-write for Soto. Plus, Soto really attacks this one and delivers one of his better performances on the album. I like the Rock Soto better than the Metal Soto, but that is me. And don’t worry, Yngwie is still all over this and you will get your obligatory solo.

Next up is “Soldier Without Faith” which is the longest song on the album and maybe a little too long as the opening interlude is over a minute with battle explosions and keyboards. It has a serious tone it and even after it turns into a rock song with its uptempo beat and lots of riffs and more noodling by the man. Soto delivers as always and has some serious screams in this one. Overall the song feels a little been there, done that and overstays its welcome a little too much. However, I don’t know I’d skip it, just not a favorite on the album.

“Caught in the Middle” opens with some killer riffs by Yngwie and double kick bass drums. It is a heavy song and doesn’t really offer anything new and different from the rest of the album. You still get some great guitar work from Malmsteen, no doubt, and Soto still shines on vocals, but still leaves me wanting something a little different. That is until you get to the solo which is another give and take with the guitar and keyboard which saves the song. It turns it around and excites me again for a brief time. The song is worth that alone.

The album ends with a final instrumental track which is the title track “Marching Out”. And let me tell you, Yngwie delivers. You get some serious shredding to open and then some bombastic drums hit that fade out to a more restrained and tender Yngwie which is quite pleasant and unexpected. It slowly fades out and leaves you wanting more which is always what you want in a song.

The Track Score is 9 out of 10 Tracks or 90% which was so not what I was expecting.  Although the lyrics are little lacking at times and the back half is a little weaker, this is still head and shoulders above ‘Rising Force’.  The fact the album felt like a band album really helps in its enjoyment.  Jeff was still growing as a singer, but this was a fine step in to the maturity he would soon reach.  Yngwie’s playing was sensational and although I am really not a fan of his, this is one of his best in my opinion. I could find myself pulling this out from time to time.  Overall, My Score is a 4.25 out of 5.0 Stars as I have to ding it a little for the lyrics and weaker back half.  Otherwise, it is brilliant and worth picking up if you see it out in the wild.