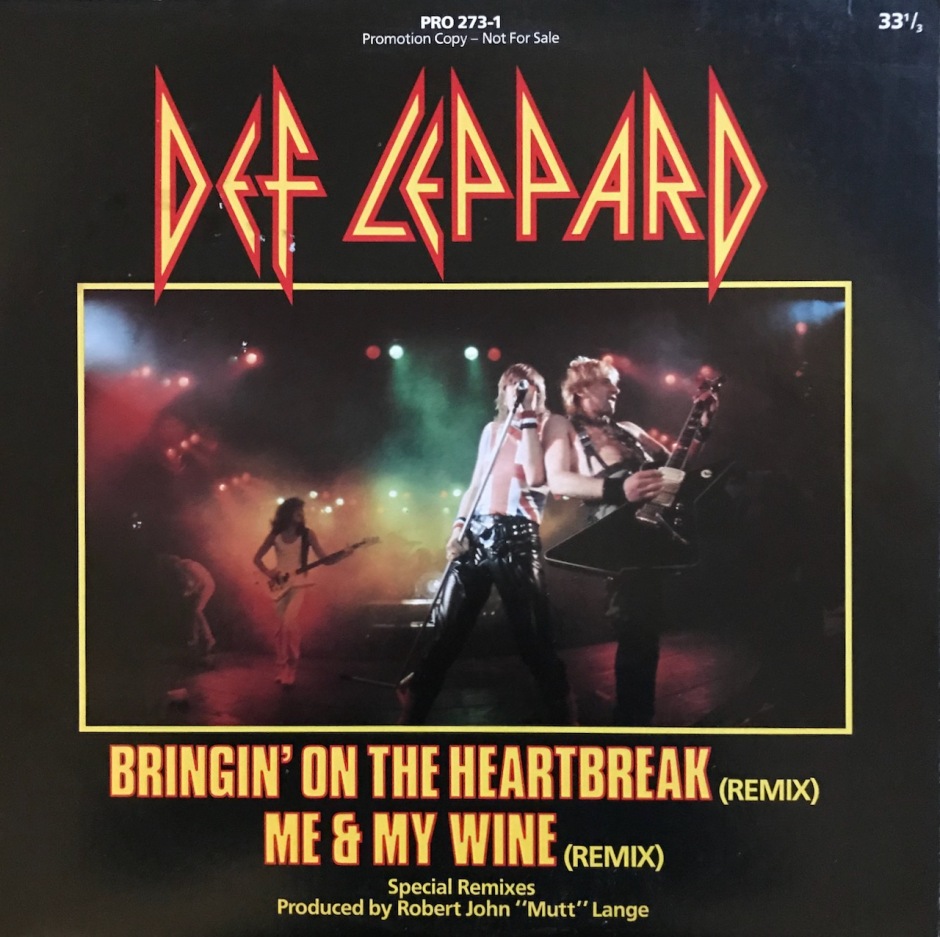 Another grab from Noble Records from the sell of the big metal collection he picked up from a former record store owner was another Def Leppard release. This time around I found a 12″ Promotional Single for the songs “Bringin’ On the Heartbreak (Remix)” and “Me & My Wine (Remix)”. After the success of ‘Pyromania’, it was decided to do a re-release of the prior album ‘High ‘N Dry’. For that to be successful, they added two new songs…okay one new one and one remix of another song on the album. Both were mixed by Robert John “Mutt” Lange himself. The album was rereleased on May 31, 1984.

The band sent out this Promotion Single with only those two new songs and they actually did videos with for the songs as well. Now, Phil Collens was in the band now and not Pete Willis who played on both these songs so the videos have Phil not Pete which is strange.

This promo is a U.S. release just prior to the album re-release and sent out in hopes of pushing that album. I remember the videos popping up on MTV and I loved it. It was already my favorite Def Leppard album and I was fine and dandy with picking up another copy of the album with the two new tracks. Since these are remixes, let’s talk a little about the songs.