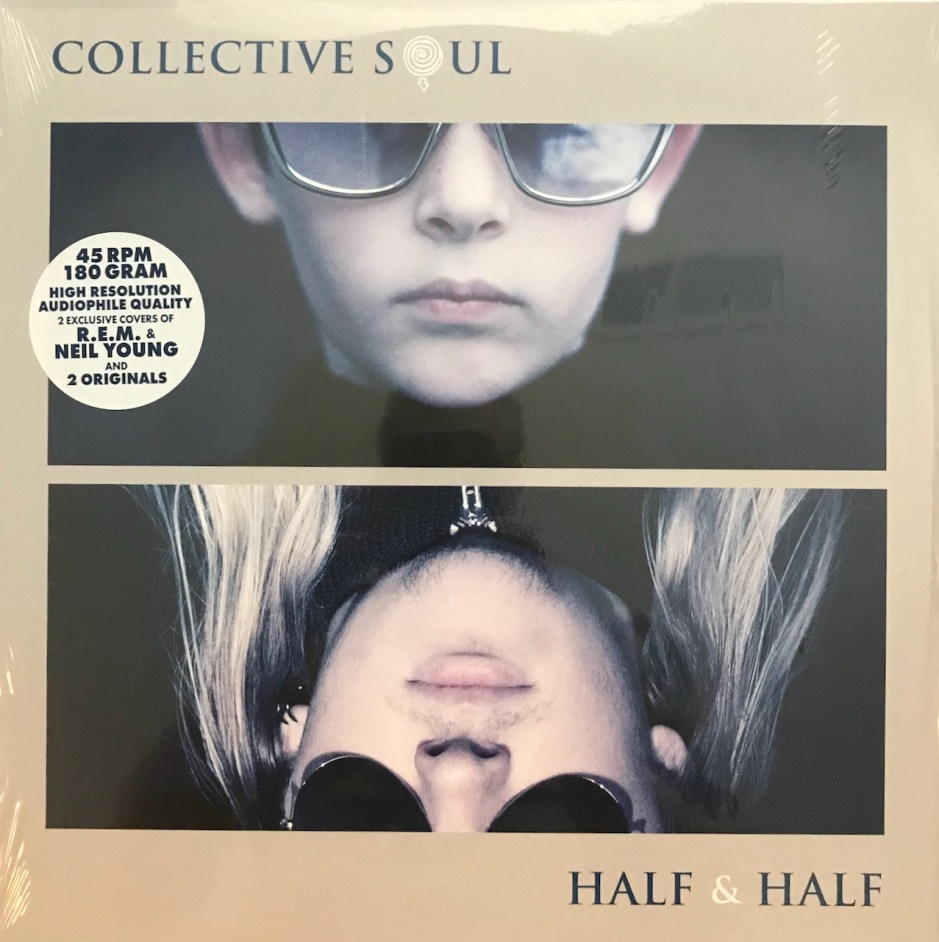 For the August 29th, 2020 Record Store Day, Collective Soul issued a 12″ EP called Half & Half. It is played at 45 RPMs and consists of 2 new songs and 2 cover songs…thus half and half. The vinyl isn’t an exclusive RSD issue, it is a First Release meaning the band will release this at a later time. I am hoping the fact that his is a clear transparent vinyl will be the exclusive RSD part otherwise the only good about it is that I got to hear it before anyone who gets the regular release.

A few interesting notes on the back cover, the band mentions that their new album ‘Vibrating’ will be coming out soon which probably means this two new songs will be on it, but I hope not the covers then this stays a little special. Also, I find it funny they are all wearing some form of sunglasses and I still get a kick out of Ed Roland now going by E Roland because a) it is must have been hard with such a long name as Ed that E is just easier for his mind and b) he is starting to think he is Price and we will soon be getting a symbol as a name and he is just prepping us.