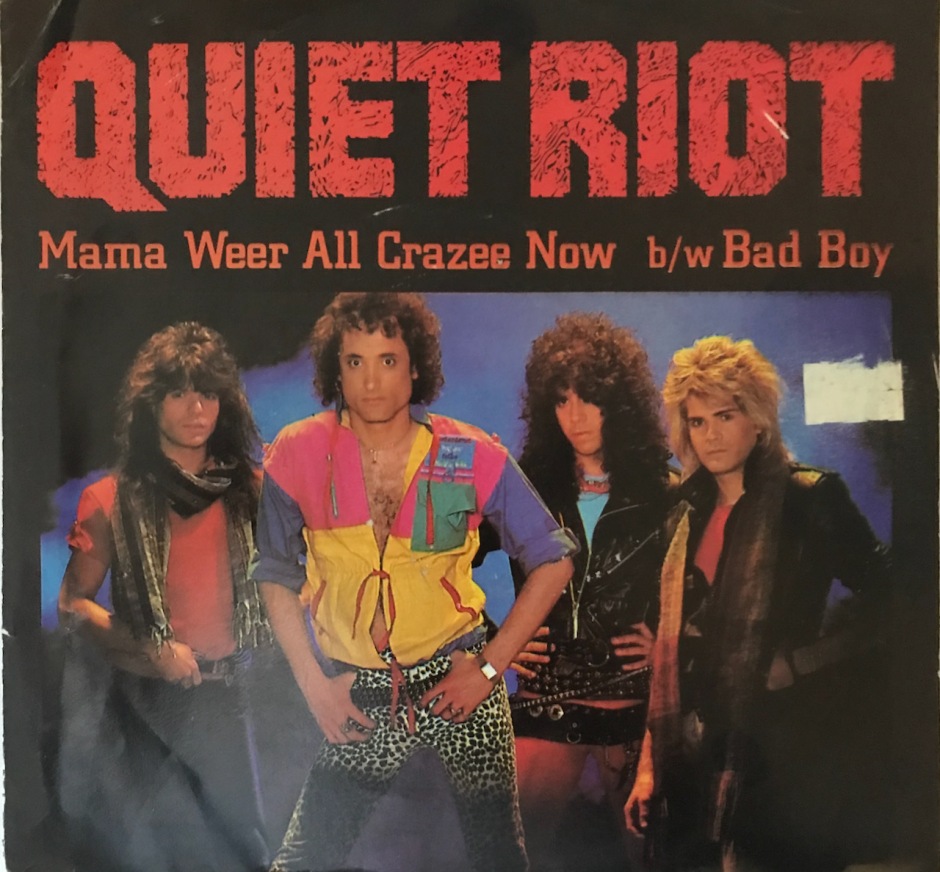 In my ever growing attempt at saving 7″ Singles from sitting all alone in Record Stores craving to spun again a turntable, I have found a couple from the band Quiet Riot that were eager to be adopted by yours truly. I found these two at the great Charlotte Record Store of Noble Records. He is always putting out great stuff and these two are no exception.

The first to discuss was “Bang Your Head (Metal Health)” off their album ‘Metal Health’. This time we are going to discuss the other single I found, “Mama Weer All Crazee Now” off their follow-up album to ‘Metal Health’ called ‘Condition Critical’. This was one of the singles from that album and it did moderately well but not breaking the Top 40 as it stalled out at #51. I think part of the problem was it was another cover song by the same band they became famous covering with “Cum on Feel the Noize”. Yep, another Slade cover. I think they dipped their pen too much in that inkwell.

My single copy is again nothing special. It is a standard US copy on Pasha label with the B-Side being “Bad Boy” off the same album. I do like the Pasha label with its blue color and the naked man running with a hole in his chest and a flower growing. Strange, but yet interesting.