We are finally to the end of the Judas Priest Complete Albums Collection Series. And we are ending it with a ranking of all the Studio albums for the band which is a total of 18 albums to go through. That is a lot. I knew of Judas Priest and I had heard a ton of songs, but I had never dived deep in the band until I did this series. I received The Complete Albums Collection Box Set for Christmas 2020 and bought the 4 studio albums that were missing from the set and decided to review them all and it has been a blast. I will say that I am a huge fan now.

Out of the 18 albums, there are only 2 they have that I felt were below average and the rest are worth hearing at least to me. That isn’t bad to have 16 albums that rank at least a 3 or higher. My choices might be different from some people and that is okay as we like different things. I really enjoyed the bluesiness of the early albums and the more 80’s style and even the real heaviness of the more current records. I will even admit I liked one of the Tim ‘Ripper’ Owens albums. No matter what I heard, I found things I liked and didn’t like. But what I do know is that the original members of Rob Halford, Glenn Tipton, K.K. Downing and Ian Hill were a powerful group and there was a magic to their music together. I like Richie Faulkner as he brought a new life to the band and I really liked Scott Travis on drums as he was a force to be reckoned with behind that kit.

Judas Priest was not a one trick pony. They weren’t just heavy metal…they had a blues influence, glam influence, straight up hard rock, speed metal and even a little death metal at times. They could do it all. Any time they had dual guitar solos or Halford hit that trademark scream, I was all in. These guys are one of the best bands to come out of the UK and I can’t believe we have had 50 years of Judas Priest. What a ride it has been. Now, let’s see how I rank the albums and away we go…

END_OF_DOCUMENT_TOKEN_TO_BE_REPLACED 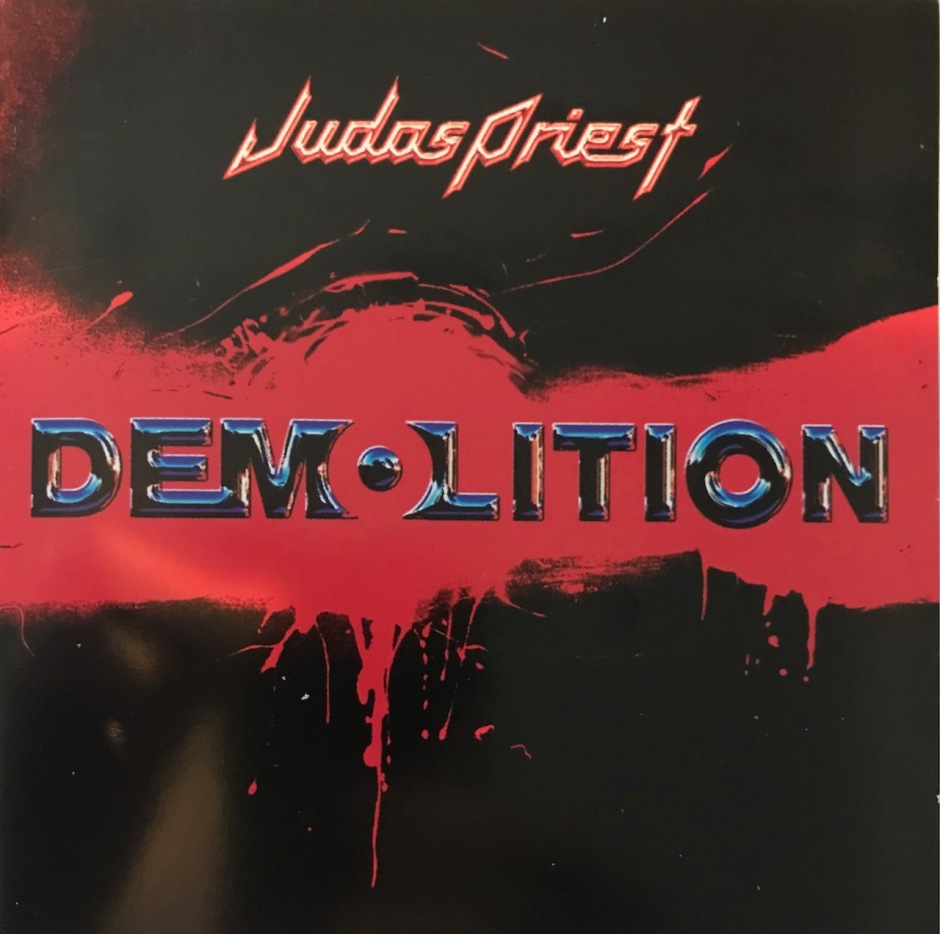 After the sour reaction to the previous album, ‘Jugulator’, Priest tried to determine what went wrong. It was a myriad of things, but most importantly was due to the departure of the much loved Rob Halford and then completely changing your sound and abandoning everything that Judas Priest was known for in its sound. It is pretty simple actually. They tried to rectify one of those things as Rob was still not in the band. The lead singer for his second album with the band was Tim ‘Ripper’ Owens. The end result was the album ‘Demolition’ which was released on July 16, 2001 and did even worse then the previous album. It only charted at #165 on the US Billboard charts.

However, the album is way better than the reception it received. The band still consisted of K.K. Downing, Glenn Tipton, Ian Hill and Scott Travis along with Tim ‘Ripper’ Owens and this time around they went back to a more Priest sound which was a little less heavy and a lot more melodic. They did modernize the sound by adding some nu-metal / industrial elements while still maintaining a lot of what Priest fans loved. This was a much more accessible album and one I find to be way better than the previous one. Dare I say, I really like this album, but it still doesn’t completely feel like a Priest album. It is a step in the right direction.

The opening track “Machine Man” sadly doesn’t really stray too far from the previous album. It is pretty brutal and heavy. It is one of the songs on the album that actually garnered Priest with their first Parental Advisory Sticker on an album due to the language. The guitar playing on this is pretty lethal and the combo of Tipton and Downing again shows how great this band is with those two. And not to be outdone, Travis’ drumming is totally maddening and still can’t figure out how he can drum that fast…it is crazy nuts. But I don’t completely hate it despite it’s resemblance to the prior album. Tim’s singing is better and more melodic at times and at least it had a decent chorus.