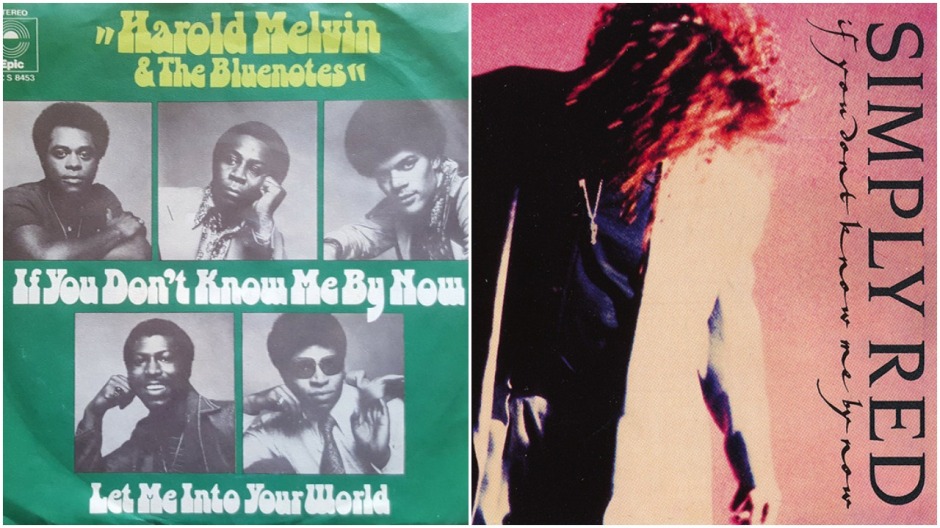 For this episode of The Original vs. The Cover, we are going to battle it out with the song “If You Don’t Know Me By Now”. The original was done by the band Harold Melvin & the Blue Notes which has Teddy Pendergrass on lead vocals and The Cover is done by the band Simply Red. Both artist did really well with the song as Harold Melvin & The Blue Notes took the song all the way to #3 on the Billboard Charts in 1972 and Simple Red went all the way to #1 in 1989.

The song itself was written by Kenny Gamble and Leon Huff. They were a pretty mighty songwriting team with over 175 Gold and Platinum records between them. The song is a result of marital problems and those problems allowed them to touch in to a very heartfelt sentiment. They believed that if their spouse didn’t know them by now, they never would. Those marital problems certainly created an amazing song.

Harold Melvin & The Blue Notes didn’t actually play any of the instruments and only sang, but that don’t matter. The session musicians were incredible. The rhythm section of the song was incredible as they laid down a smooth groove and vibe. You had Earl Young on drums and Ronnie Baker on bass and both were stellar. The song was filled with a piano backing by the songwriter Leon Huff and a string orchestration from Don Renaldo. The tempo was slow, sultry and a little sexy. The song feels larger than life.