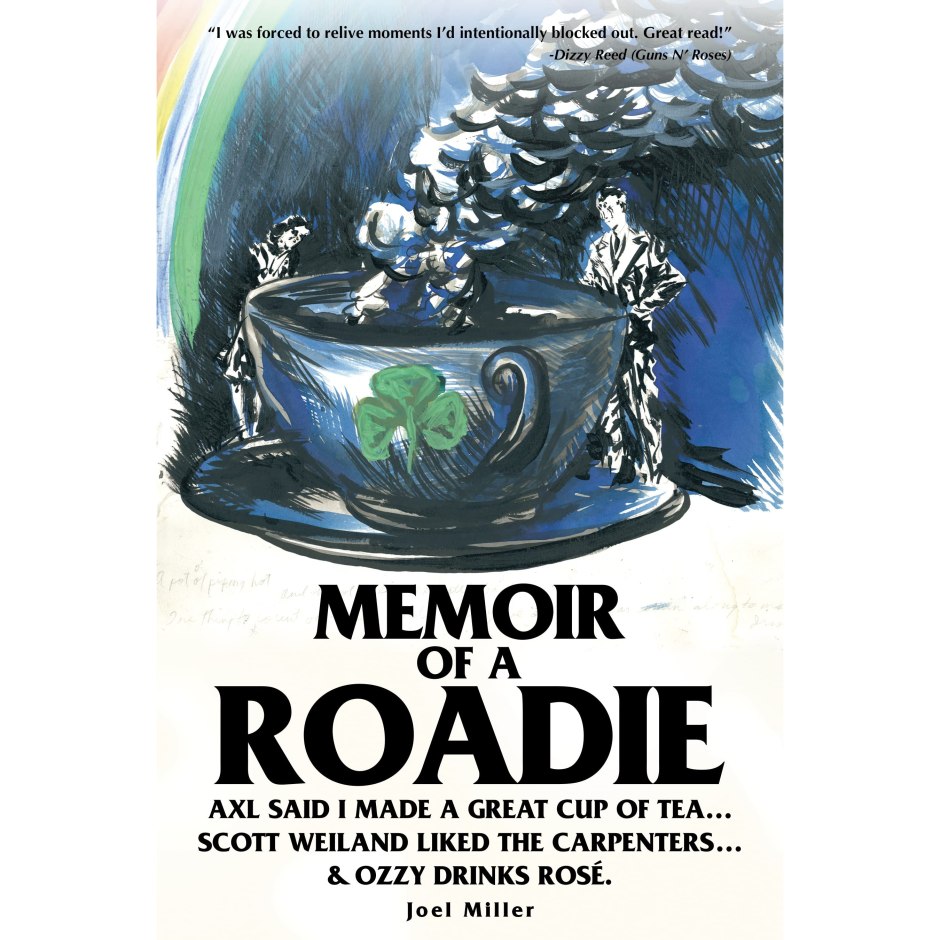 I get a lot of emails every day asking me to review this person or interview that person, but honestly, I don’t have time to explore the new artists or their music. I can’t keep up with the albums I want to review as it is so to add anything new ones in to the mix is impossible. And let’s be totally honest, most of the stuff I get is so bad, it is nauseating. Then one day I got a request to review a book. That hasn’t happened very often. I actually took the time to read the email and I loved the concept. It is a true story about life on the road and touring with bands. The book was called…this will take awhile…’Memoir of a Roadie: Axl said I mad a great cup of tea…Scott Weiland liked The Carpenters…& Ozzy likes Rosé’ and it was written by Joel Miller. I am going to just call it ‘Memoir of a Roadie’.

Joel Miller’s book covers the time in his life when he was a roadie.  It was only a few short years, back around the early 2000’s, but Joel experienced so much.  You get a realistic view of what goes on in the life of a roadie.  Joel toured with bands like Stone Temple Pilots, Guns ‘N Roses, Poison and The Cranberries and each tour gives us some funny moments, some insane moments and some very sad moments.  The book covers his hard, but fun life on the road in his early 20’s as well as the hardships of his life with not being on the road and the dysfunctions of his family.

Do you get stories about sex, drugs and rock & roll…Duh!!  But it is the storytelling of those events that makes this book a fun, fast-paced read.  Fast-paced because you don’t want to put it down.  The chapters are numerous, but short which helps keep a well paced book interesting and page-turning.  You’ll get to hear a lot about his jobs with telemarketing, working on movie sets and doing whatever he could to make ends meet.  And there is a portion of the book that deals with his tough relationship with his dad who was a Jaguar mechanic and who was sort of friends with Jay Leno.  Heck, Joel even got to go over to Jay’s and see that car collection.  When Joel’s dad was nearly dying, he had Jay call his dad and we get another funny moment in the book.  Jay seems like a really nice guy. END_OF_DOCUMENT_TOKEN_TO_BE_REPLACED