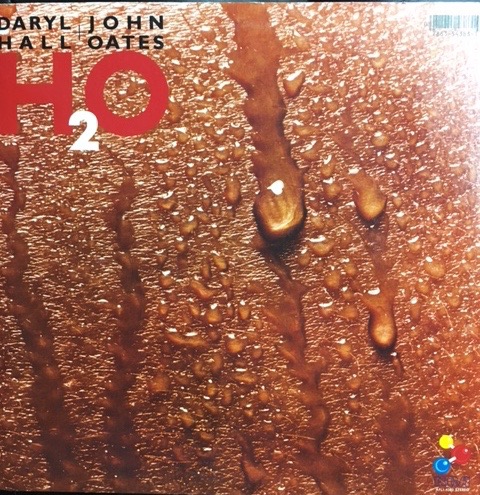 The first cassette I remember having was a gift from a girl up the street named Rosemary.  It was the album ‘H20’ by Hall & Oates.  I no longer have the cassette, but when I was out this past year shopping for vinyl, I found the album and had to snatch it up.

Even today, this is one of my favorite albums.  I was in the car with my girls the other day and my oldest daughter was flipping radio stations (which is constantly happening).  This song was starting up on one station and I asked her to stop.  I told her this was the very first cassette I ever had and she actually let the song “Maneater” play through.  I think the girls actually enjoyed the song.

After that happened, I thought this would be a great album for the “My First Time” series. H2O was the band’s eleventh studio album and ended up being one of the biggest, if not the biggest, of their career.  The album was released on October 4th, 1982 and went to #3 on the Billboard Album charts for 15 weeks.  The album has sold around 4 million copies and has been certified double platinum.  I know I have been the owner of at least 2 or 3 of those copies.

One interesting fact about the album is that it was recorded at the legendary New York studio Electric Lady Studios.  Why is that interesting, well for Kiss fans, numerous Kiss albums have been recorded there including Kiss Alive II, Dressed to Kill, Asylum, Dynasty, Paul’s solo and Peter’s solo albums, and Destroyer.  Jimi Hendrix has recorded there as well as Bowie, The Clash, Dylan, John Lennon and Van Halen to just name a few.

The album kicks off with one of my all time favorite songs by Hall & Oates, “Maneater”.  The bass line and drum beat set the groove and then you get each instrument slowly chiming in and then the saxophone that makes the song sound so mysterious.  I always wanted to write a novel telling the story of “Maneater”.  My version was about a prostitute who killed her ‘johns’ for the fact that they would cheat on their wife with a prostitute.  They made her feel dirty and she took it out on them with their life.  Does she get arrested in the end or actually find true love with one of her ‘johns’…we will never know.  Back to the song, “Maneater” was the biggest song of their career and made it to #1 on the Billboard Hot 100 where it spent four weeks in the top spot.

When I really dove into the album to do this review, I noticed a few songs did not age well and were stuck with that 80’s sound that doesn’t sound as good now as I remember it back in the day.  “Crime Pays” was one of those songs.  The slowed tempo and 80’s synthesizer sound keeps this song firmly planted in the 80’s and for me doesn’t sound great now.  It is a rather boring song that slows the album down immediately.

“Art of Heartbreak” brings the tempo back up to a respectable speed and although sounds 80’s, this one holds up for me.  The saxophone is back and less synths.  Daryl Hall brings emotion to the vocals that were lacking on “Crime Pays”.  The soulful sax solo Charlie “Mr. Casual” DeChant helps make this song memorable for me.

The second single “One On One”, didn’t make it to #1, but was a respectable #7.  The keyboard and soulful sound were used perfectly.  I loved the sports analogies when I was a kid and then realized they were metaphors for seducing the opposite sex.  At that point, I really loved the song.  What can I say, I was a kid in middle school.  The song holds up today and sounds a beautiful now as it did when it was a hit.  The saxophone was sexy and perfect addition to the song.

The last song on Side A was “Open All Night”.  This song was another great song, although not an official single, it could have been.  In listening to this song and many others on the album, you see that Hall & Oates had too much of a soul influence to be a straight up pop band.  The grooves of a lot of their song are deeply rooted in soul. 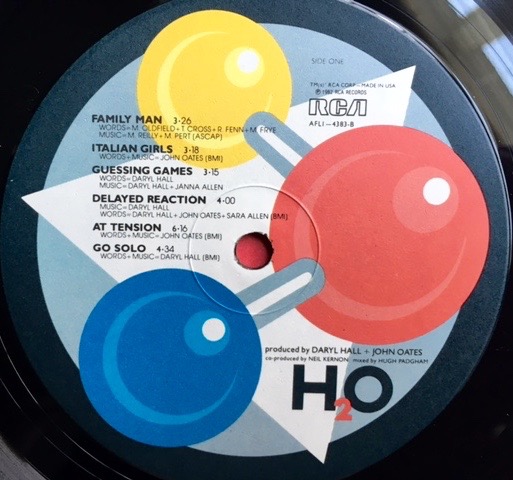 Side B kicks off with another huge hit for the band, “Family Man”.  The song reached #6 on Billboard’s Hot 100 and solidified the album was a major success.  At the time of this song, I had no idea it was a cover of Mike Oldfield’s song “Family Man” released only a year earlier.  To be honest, I didn’t know it was a cover until I started researching the song.  The only difference between the two versions is in the Hall & Oates version has a line where the man who is being solicited by a prostitute finally decides to accept her offer, but she has already left and it is now too late.

Every Hall & Oates album has to have a song or two by John Oates and this album is no different.  “Italian Girls” is the first song on the album written entirely and sung by John Oates.  I have liked a lot of Oates’ songs, but this is not one of them.  The song comes across as cheesy and sounded too 80’s for me.  I started skipping the song with each re-listening of the album.

“Guessing Games” also has an 80’s feel to it, but the song is so light and upbeat that I still enjoy listening to it.  It really is borderline though with not holding up well today.  It is probably the most poppy sounding song on the album and does lack a little heart so I don’t know why I still enjoy it.

“Delayed Reaction” is yet another song stuck in the 80’s sound and is also on the verge of not holding up well over time.  Like “Guessing Game”, it is a fun song and probably why I like them both.  Not one of my favorites, but I would keep it in my library today.

The 2nd and final Oates song is “At Tension”.  The John Oates’ songs on this album completely miss the mark for me.  I am really a huge Daryl Hall fan, but can do without these songs on this album by John Oates.  I hate that he is the Garfunkel of the band because without him, Hall & Oates would not be as great as they were or are.  “At Tension” does not fit the flow of the album and I could never wrap my head around it.  It is better than “Italian Girls” as it is not silly or cheesy, but that is not enough for me to really like it.

The final song on the album is another of my all time favorite Hall & Oates song, “Go Solo”. Now I know the song opens with some 80’s synth, but lyrically I really loved the song.  It was written solely by Daryl Hall and I thought it was his shout out that he was going solo.  He didn’t at the time, but he did eventually go solo for awhile.  G.E. Smith had some great guitar parts on this song and many of the others.  I always loved him in their videos.  He always seemed like he was up to no good.

Hall & Oates were considered a duo, but their band was filled with some great musicians that helped deliver their soulful, pop sound.  This album was one of my favorites back in the day.  As I have said, not all of it holds up well over time with the exception of their big hits off the album which is probably why they were hits.  They were more timeless.  If you haven’t explored this album in awhile, it is definitely worth a revisit.  Be prepared for being taken back to the 80’s, but at least you will have a good time doing it.  Let me know what you think.