Back in 1979, a little known band named Def Leppard released their first E.P.  The E.P. was recorded at Fairview Studios in Hull, England back in November of 1978 and was self-produced.  It only included three songs and was recorded by a band that was quite different than the band you know and love today.

The band at the time was only four members as the original drummer, Tony Kenning, quit right before the recording of the E.P.

Since they didn’t have a drummer anymore, they used drummer Frank Noon from a band that called themselves “The Next Band”.  Shortly thereafter, the band hired a 15 year old kid to be the drummer named Rick Allen.

Sadly, Steve Clark is no longer with us as he passed back in 1991 and Pete Willis was fired from the band during the recording sessions of ‘Pyromania’ back in 1992 due to addiction issues with alcohol which sadly is what killed Steve.  They were replaced by Vivian Campbell and Phil Collen, respectively.

Now back to the E.P.  The cover art work is wonderful.  It is a take on the painting by Franics Barraud called His Master’s Voice.  The band replaced the dog, Nipper, in the painting with a leopard (imagine that).  The original painting is below so you can see the similarity. 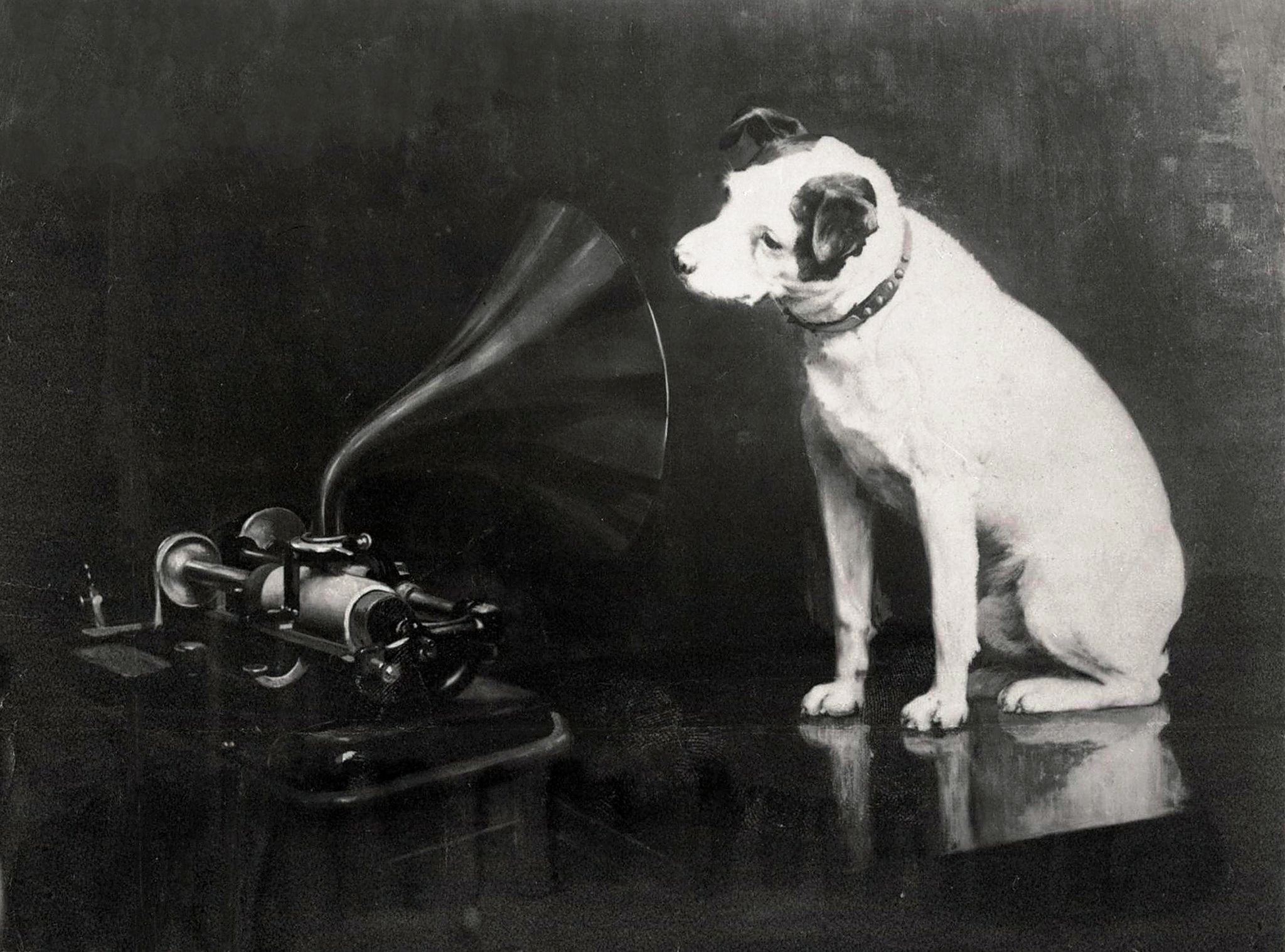 Also included in the album was a photocopy of the original insert that has the lyrics to Side One on one side and the lyrics to Side Two on the other including drawings of each member by Dave Jeffrey with their signature.  On the back side of the insert, Def Leppard added a note to thank someone special that was left off the E.P. cover…”Special thanks to our Mixer Man Mr. Nick Cartwright whose name was thoughtfully left off the E.P. cover !”.  I am glad they recognized him this time.

Now on to the music.  Side One includes two songs, “Ride Into the Sun” and “Getcha Rocks Off”.

The first track is “Ride Into the Sun”.  The song is very different than the two other versions of the song released later that are more familiar to most fans. The first version I ever became familiar with was the version released as a B-Side on the “Hysteria” single.  They later did another slightly different version that was included on the album ‘Retroactive’.  The B-Side version was my favorite until I heard the original.

However, now after really digesting the original version, it is my new favorite version of this song.  It is the true intention of the song and it has a better sound and feel.  The guitar and drum work are awesome and Joe sounded so young and fresh.  The guitar solo was better and an overall better experience.  It is more rock version of the song and pure Def Leppard at their best.

Track two on Side One is “Getcha Rocks Off”.  This track was re-recorded for their first full length album “On Through the Night”, but the title was changed to just “Rocks Off”. They funny thing is if you would have asked me what the songs were on that album, I would have called it “Getcha Rocks Off” as that is the more appropriate title.

I think this song sounds better as well over the re-recorded version.  It doesn’t have the fake crowd noise or the weird guitar sounds that are thrown in needlessly.  The E.P. version is also a more hard rock sounding song.  Maybe it is the fact the sonics on this E.P. are absolutely stellar.  I am telling you these songs don’t sound like they were recorded back in 1978.  They were masterfully reproduced for this reissued E.P.

Side Two only includes one song…“Overture”.

“Overture” is an epic song at over 7 minutes long.  It was also re-recorded for the ‘On Through The Night Album’ like “Getcha Rocks Off”.  Again, due to how amazing this record sounds, I prefer this song over the version on “On Through the Night”.  What I love about the song is the changing tempos, the great double guitars of Steve & Pete.  The song takes you on a great musical journey.

And there you have it.  The sound quality on this reissue is really incredible and a blessing to my ears.  I really expected a dull quality as this is from their original release and wasn’t sure the quality of those tapes they took them from, but imagine my surprise when I cranked this up.  If you are a Def Leppard fan, this is a must have and should be grabbed immediately and added to your collection.  Well worth my $14 price for only 3 songs.  Hell, I would have paid a lot more.