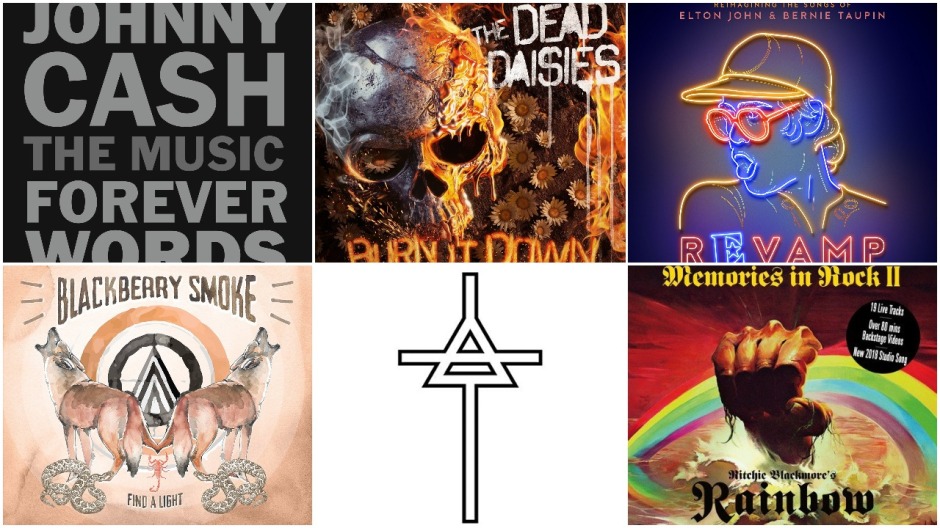 It is already April and I can’t believe how fast time flies.  We just got back from New York City for a family vacation and what a great time we had.  I love that city!!  Now, what do we have new this week you might ask.  Well, we have a lot of different things, Metal, Rock, Southern Rock, Pop, Christian and so much more.  My choices are highlighted in Blue.  Let me know what you want, if anything.

The next three are Various Artists albums celebrating two classic artists.  The first is a collection of Johnny Cash poems sung by Chris Cornell and so many others.  Then we have not one, but two collections of Elton John covers from some big named artists.  I might have to check these out.