Matt Nathanson is one of my all time favorite singers and songwriters, no doubt.  If I had to list my Top 10 Bands or Artists, Matt would be there along with Kiss and Def Leppard (if you follow me, you know I love those two bands so that is high praise).  Why do I love him and his music so much?  Well, this album is a shining example of why.

Speaking of the album, this album took a long journey.  No, not Matt writing and recording it.  A literal long journey.  The album was shipped Friday October 5th (the day of release) from Nashville, Tennessee.  It stated it would not be to me until Thursday, October 11th which I thought was strange as North Carolina is not that far from Tennessee (well not really far). When I looked up the tracking #, the package suddenly appeared in San Juan, Puerto Rico. 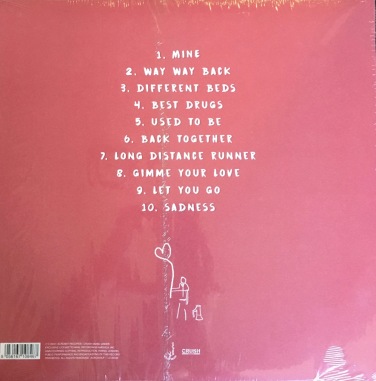 Now I am not great on geography, but San Juan isn’t anywhere near North Carolina the last time I checked and doesn’t seem the normal traffic route for a package.  Needless to say, it din’t arrive by the 11th as stated.  The USPS finally corrected themselves and I did receive it on Saturday, October 13th. It could be worse, I might not have ever received it.

‘Sings His Sad Heart’ is exactly that.  An album of songs that are about “loss”.  Sounds depressing, right?  It is far from it.  Matt’s pop sensibility is second to none.  He can write an album chock full of catchy tunes that stay with you and never leave.  His mixture of that pop sound with folk and rock blends so nicely together that his music makes you feel like you have known the songs and the album your whole life. 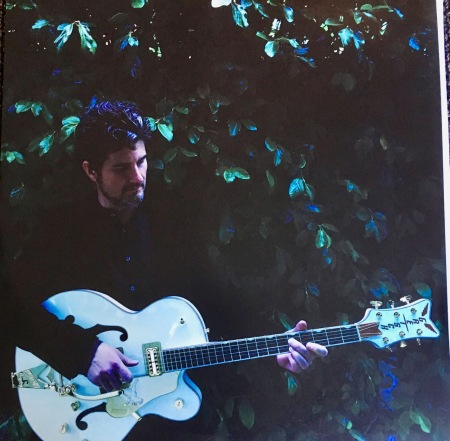 And let’s talk about Matt’s lyrics. He is a true wordsmith, a poet, a craftsman of words.  He understands the importance of lyrical phrasing and how the words sound together and their importance.  Who taught him how to do it? Well, actually he learned it from listening to Def Leppard.  He is a huge metal head although his music is far from it.  Def Leppard with the help of Robert John “Mutt” Lange, focused completely on how the lyrics and the words sounded together.  I would say they had great success with it.

Can we look at some of his lyrics from this album that I thought were WOW!! when in context with the song?  Well of course we can, It is my blog and I can do whatever I want.

From “Let You Go”…“If you see me smile, it’s all pretend / The only reason I still call our friends / Is the chance one of them will say your name”…now that is some heartache right there.

From “Mine”…”By the end I was practice / Yeah you kissed me like an actress / Running lines”…damn, he knew she was faking it all along and summed it up nicely.

From “Way Way Back” …”Didn’t know that forever only meant forever till you found someone better”…I think most people feel that is what forever really means!!

From “Used to Be”…”And if you’re having trouble baby, holding on to memories /
I’ve got a king sized bed and a PHD in the way it used to be”…this is such a catchy little chorus in the song.

I could go on and on with lines that I loved in these songs, but we would be here awhile.  His lyrics sound so familiar, they sound like that long lost friend, that comfortable feeling that makes the songs and the album feel like home.  His words are so relatable and are exactly what everyone has felt at one time or another in your life.

Within just a couple listens to this album I felt like I knew all the words and I was singing right along like I had grown up with these songs.  And how do you know an album is great, you keep singing it when you aren’t even listening to it.  Yes, I was and I am still singing.

And another thing that is great about this album.  It is only 10 songs and 32 minutes.  He keeps it short and sweet.  You are in and out in no time, but without feeling slighted.  Why? Because you can’t wait to start it over and listen to it again.  That short 32 minutes turns into 2 hours before you know it.  Also, it fits nicely in my morning commute.  I can hear the whole album before I get to work…perfect!!

One thing that came with the album bundle I purchased, it came with these patches and key chain.  Won’t ever use them, but I will keep them in the collection. 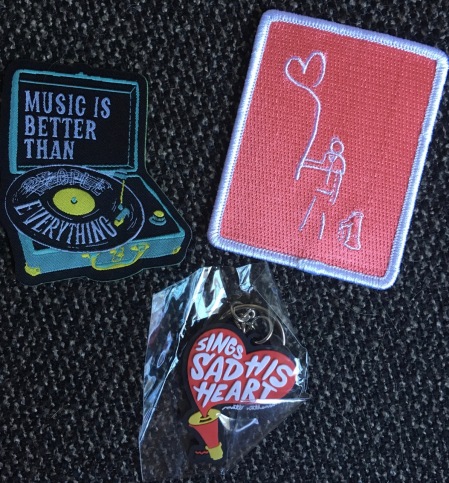 So, how would I rate the album?  Kinda silly question as it is pretty obvious on this one.  There isn’t a song I would delete on this album as they are too catchy and enjoyable.  So the track rating is 10 out of 10 or 100%.  Now for the overall album score, it is easily a 5 out of 5 stars for me.  I know I am biased, but this one for me is that good.  I don’t like everything he has done, but this one just hit me right and has quickly become one of my favorites of his.

One last thing…remember how I said he really likes Def Leppard?  He did a 6 song cover E.P. of Def Leppard called “Pyromattia” (click the album name for the review).  When I pre-ordered this album on vinyl, the package I ordered came with “Pryomattia” on 10″ vinyl as well!!  I am in Matt Nathanson heaven right now. 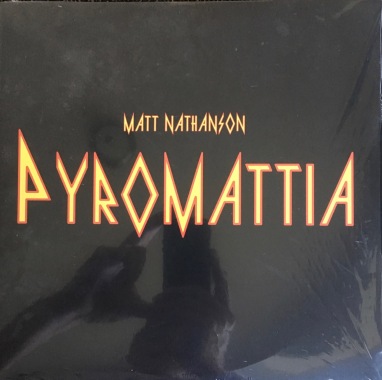 I love the white vinyl and the Union Jack for the label…nice touch!!

And Matt, if you read this…can you release “Modern Love”, “Some Mad Hope” and “Beneath the Fireworks” on vinyl as well…hell release everything on vinyl!!  Also, why don’t you ever headline show in Charlotte?

Here is the complete bundle I ordered and worth every penny.  Two vinyls, a CD and some extra goodies…