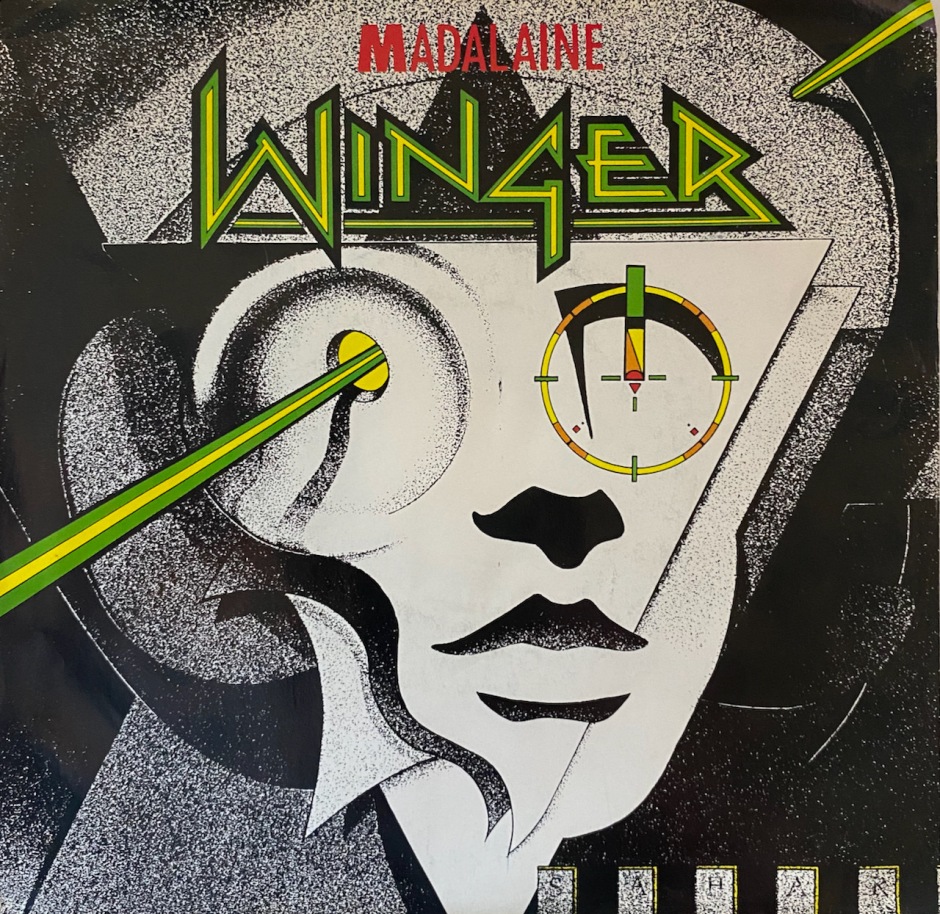 I have been out to some stores and found 6 great picture sleeve singles and all from only 2 bands. First up is Beavis & Butthead’s favorite band to hate, Winger. The song is for the debut single from their debut album. The song is “Madalaine” from their self-titled album Winger. The single was released in May of 1988 a few months prior to the release of the album. The song went to #27 on the U.S. Mainstream Rock chart and was actually ignored by MTV which is a shocker. It wasn’t until their next single “Seventeen” did the band break on MTV.

The song was written by Kip Winger, Reb Beach and producer Beau Hill. They took a bunch of riffs that Reb had laying around since he was a kid and Kip helped piece them together to make the song. It is obviously about a woman who is just to tough to tame as she is too wild. Originally it was written with a slower tempo and meant to be more ballady, but Beau Hill had the idea of speeding it up and well, he was right. It works really well that way.

My copy says the B-Side is the song “Higher & Higher” which was only available on the CD version of the release. However, my copy is not the public released single. Nope. It is a promo of the song “Madalaine” and that is the song on both sides. The jacket used was the standard single jacket, but the 7″ Vinyl label was printed as promotional copy. My version has the person it was sent to stamped on both sides (or it was the stamp of someone that collected it). Not sure why it is stamped on both sides because you really only need to stamp it once to mark it as yours.

The A-Side is the LP version of the song with a run time of 3:41. It is a rocking track and does have some cool riffs from Mr. Beach. The band sounds tight and they should as they are all seasoned, well trained musicians that just happen to play cheesy-ass 80’s rock music. Kip was classically trained and from Alice Cooper’s band, keyboardist Rob Taylor was also from Alice Cooper’s band, Reb was a talented session musician and Rob Morgenstein on drums was formerly with the Dixie Dregs. Kip has a great voice that gets ear-piercing when he hits those high notes. There are some string arrangements included by Kip and Rob’s drums are pure pounding energy. It definitely sounds 80’s but it is still a killer fun track.

The B-Side is not the same song…well it is. It is still “Madalaine”, but it is the single edit version of the song and only runs 3:25. And honestly, you can’t really tell the difference as nothing cut was that critical anyway to change the feel of the song. And since I can’t find a YouTube video of the single edit, let’s just give you the music video which is the longer edit of the song. Why not!

And there you have the first of the 6 singles we will discuss with this run of 45’s. Thanks for stopping by and we will see you soon for another single.