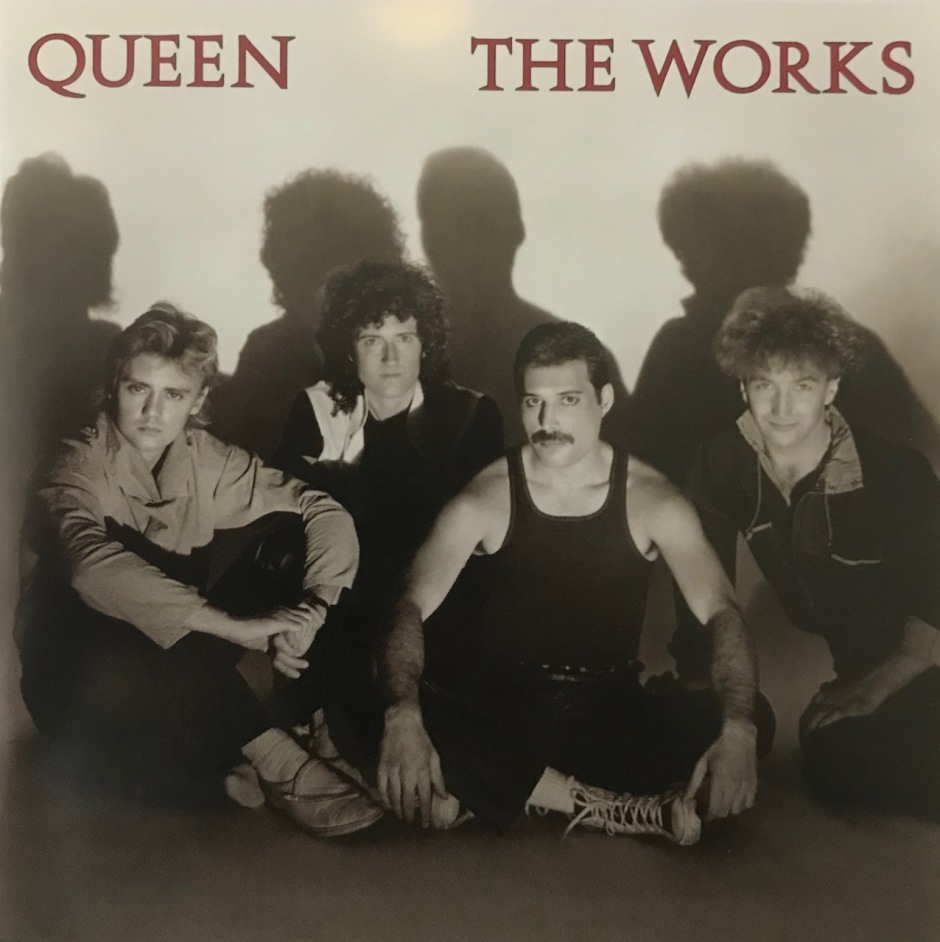 For 1983, the band decided they weren’t playing any live shows and they took a little break. Roger Taylor released his second solo album called ‘Strange Frontier’ and Brian May released an E.P. titled ‘Star Fleet Project’ and in that project was some little known guitarist by the name of Eddie Van Halen…maybe you’ve heard of him. Freddie even worked on his solo album ‘Mr. Bad Guy’, but his didn’t get released until a couple years later. John did whatever he wanted as I don’t know if he worked on a project. And in August of that year, they started working on their 11th Studio album, ‘The Works’. The band recorded at the Record Plant in L.A. and Musicland studio in Munich. It was a global affair.

The band still held on to the electro-pop stylings of ‘Jazz’, but did bring back some of the rock sound they are known for and thank the Heavens for that. But I don’t think it was enough to save this album. As you will see, the songs are good…but they aren’t great. For me, Queen seemed like a lost ship at sea and no one could read the stars to help them find their way and you would think with an astrophysicist on board, that would help, but nope. The band finished up the album around January 1984 and then released the album on February 24, 1984 to little success. It did go to #2 in the UK, but only #23 in the US which was disappointing for them.

First up is “Radio Ga Ga” which was written by Roger Taylor and he thought it would work great on his solo. The band heard and thought this could be a hit and suddenly it became a Queen song. Roger’s inspiration came from his son and hearing him say “Radio Ca Ca”. He took that and turned it in to a commentary on how TV and Music Videos were changing the way we listened to music and the radio. Radio was becoming less important, but he wanted to wax poetic about its greatness. The song actually makes reference to a couple of major radio events such as Winston Churchill’s “This is their finest hour” speech to the House of Commons in 1940 and to Orson Welles’ radio broadcast of “War of the Worlds” in 1938.