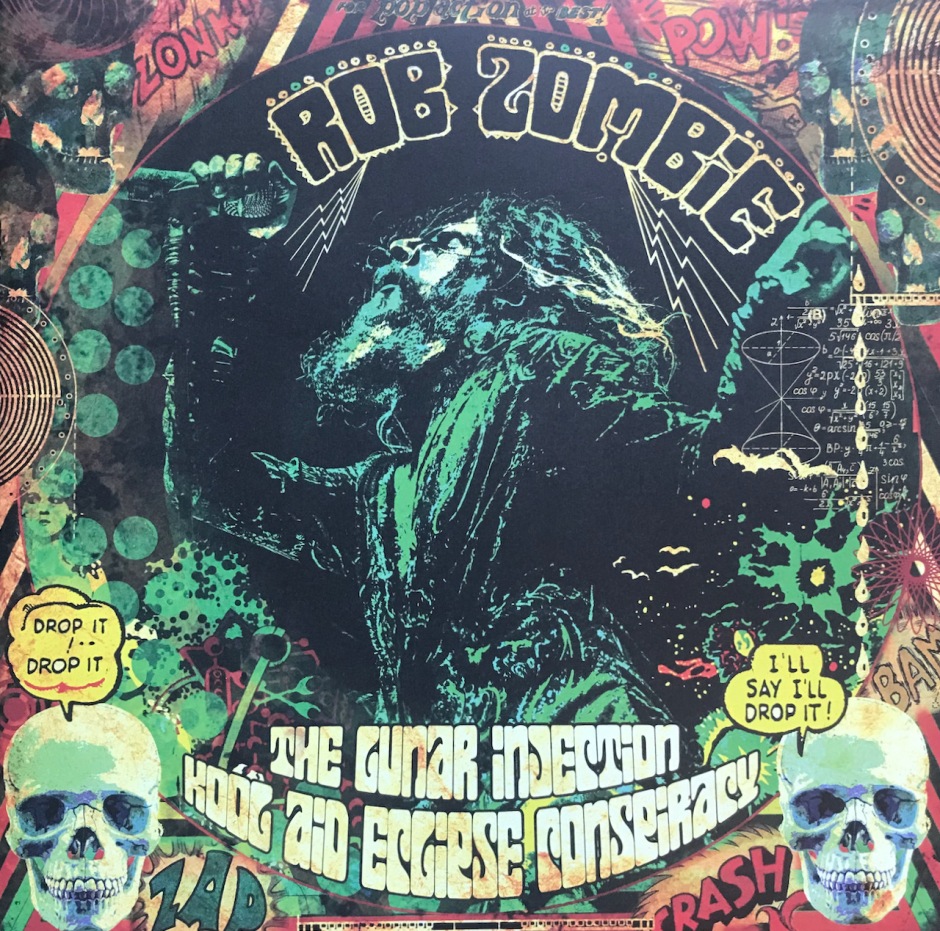 Rob Zombie never does anything half-assed especially when it comes to his song titles and album titles. ‘The Lunar Injection Kool Aid Eclipse Conspiracy’ is a perfect example of this. The album is Rob’s seventh studio album as a solo artist and might be his opus, his masterpiece, his piece de resistance. The most badass album he has ever made and the fans might agree as it is his first album to reach #1 on the Billboard Top Album Sales Chart after its release on March 12, 2021. I think it is definitely his strongest and most accessible because his past albums usually have some strange shit, but this takes the strangest stuff and packages in a way that has more hooks, more melodies and more of everything that is great about him including more John 5 who is one of my favorite guitarist.

But before we get in to the music, let’s talk about this packaging of the album as it is nothing short of amazing. The back cover is hand-drawn space monster’s in the vein of Planet of the Apes I guess. And check out the names of the songs, nothing simple and straight forward here. The album is also a gatefold with what my one of the coolest pictures of Rob just relaxing with his arms behind his head and probably saying, “Yeah, I’m a cool mother-f’er”…okay he probably would have said the full word.