What started off as a side project for Nikki Sixx of Motley Crue, became a full fledged band and lasted 5 studio albums.  They started off to only do a soundtrack to Nikki’s autobiography ‘The Heroin Diaries’ and then the rest is history.  Sixx A.M. consists of Nikki Sixx, DJ Ashba and James Michael.

It has been hit or miss with me for this band. I either loved it or it was so-so at best.  Still, always some great songs on every album and all worth having, some just get played more than others.  I have started collecting them on vinyl and there is only one I can’t get and that is ‘This is Gonna Hurt’, so Nikki – get that one out on Vinyl, would you please.

The band is now recording four new songs for a Greatest Hits album.  So, until then, let us re-visit their albums and rank them from the best one to the wort one.  And let’s get started… 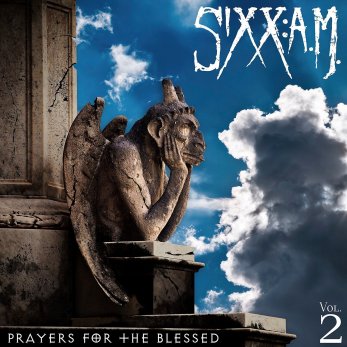 The second album of a double album along with Prayers for the Damned was the final album (so far) by the band and not the best way to end.  The power and heaviness of Damned was missing from this album.  I guess with the title being Prayers for the Blessed it isn’t as dark as Vol. 1.  If you click on the title you can read my review back when it came out.  I rated it pretty good and it is, but my least favorite of the bunch.