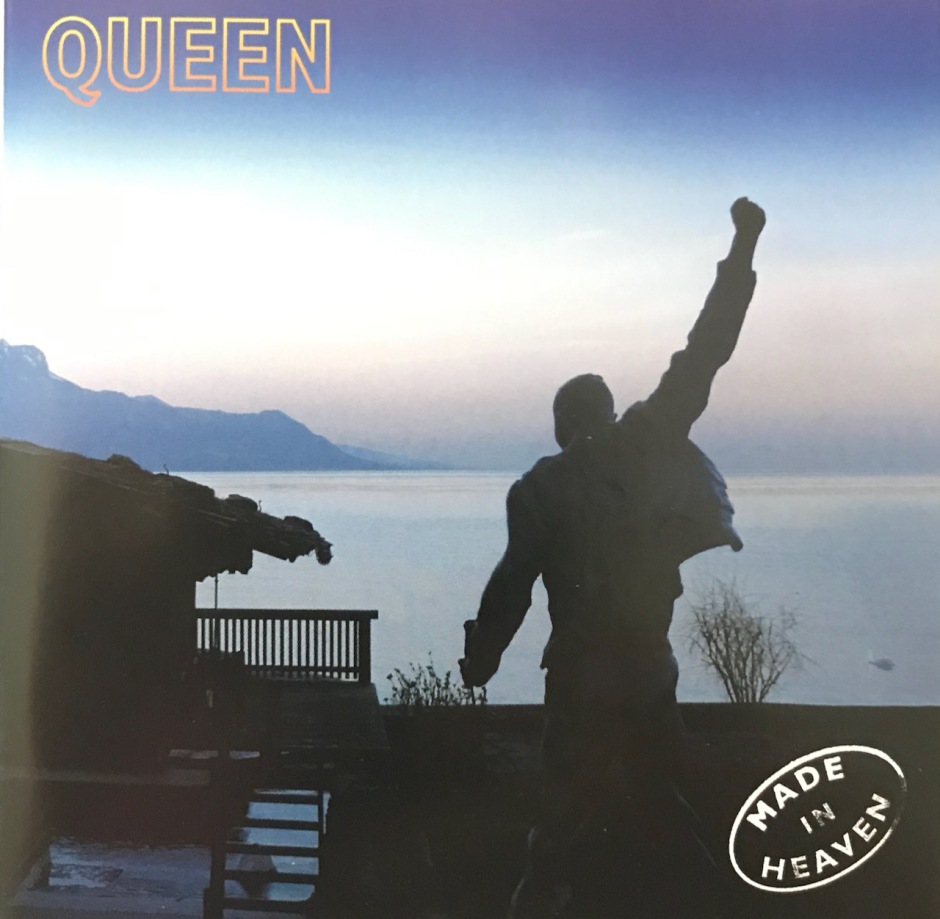 We are now to the final studio album by Queen called ‘Made in Heaven’ which also means this is the final review in The Studio Album Series. The album was released on November 6, 1995 almost 4 years after Freddie’s death which was on November 24, 1991. It is the only studio album from the band released with Freddie after his death so where did the music come from you might wonder. After the band finished their last album, ‘Innuendo’, which was around November 1990, Freddie was very ill due to the AIDS virus. He had his mind made up that he would sing as much as he possibly could and leave that for the band to finish at some point down the road. Normally Freddie would do the vocals after the music was done and recorded, but due to his failing health, he sang whatever he had written or the band had put in front of him to sing. He only wanted to leave these last bits of gift to the world.

The remaining members of the band, Roger Taylor, Brian May and John Deacon, tooled around on the songs for years, mostly due to Brian May heading out on tour for his solo album, ‘Back to the Light’, which coincidently is getting a Deluxe Edition released in a couple months. The band worked some of the new material Freddie had completed and they added the Queen sound to them. However, that wasn’t enough songs to complete the album so the band also dove in to their back catalog and searched for material that Freddie had sung, but was never used even dipping in to Freddie’s solo work. It was a hodgepodge of songs and that is exactly how the album feels. It is a little disjointed and not very cohesive as a complete album work. It felt like a money grab in my book, but that is only my opinion.

The album cover is a picture of Freddie’s statue that was erected in Montreux, Switzerland where the band had a recording studio that had used for years. It as the town’s way of celebrating Freddie. The picture was taken at sunset and overlooks Lake Geneva. The back cover of the CD was the remaining band members looking out upon the Alps. Now, if you got the vinyl and not the CD, your front and back cover would be the picture above which was taken at sunrise and actually had the band standing near the statue overlooking the Lake. It is a very fitting picture actually.